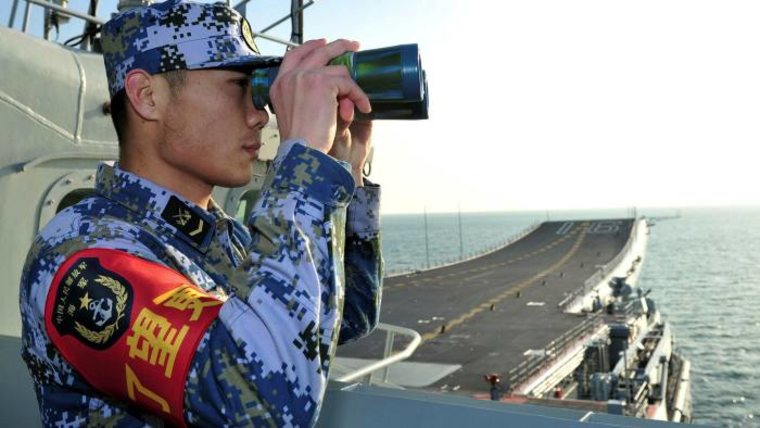 With the looming release of a national intelligence report detailing U.S. military encounters with “Unidentified Aerial Phenomena” or “UAP,” the People’s Republic of China has announced there has  been an increase of mysterious and unexplained aircraft in Chinese airspace, with the PLA establishing its own UFO task force to investigate sightings.

The South China Morning Post reports Chinese analysts “have been overwhelmed in recent years by rapidly mounting sighting reports from a wide range of military and civilian sources” by what the People’s Liberation Army (PLA) are calling “unidentified air conditions.”

The U.S. Director of National Intelligence is set to release a report detailing military encounters with UAP in the coming weeks. According to the New York Times, the report is expected to say that “the vast majority of more than 120 incidents over the past two decades did not originate from any American military or other advanced U.S. government technology.”

Citing unnamed intelligence officials, the Times also reports that some sightings could be attributed to advanced Chinese or Russian military platforms. However, the Pentagon appears to also be baffled by a number of not-easily explainable incidents. In some cases, objects are said to demonstrate extreme acceleration, changes in direction, and the ability to operate underwater, which do not comport with any known technologies.

Heading up the current efforts to examine these UAP  is the Pentagon’s “UAP Task Force,” which was officially announced in mid-August of 2020.

Recent reports by Chinese press say the PLA equally has its own UFO task force dedicated to investigating mysterious airborne encounters over Chinese airspace.  According to SCMP, China’s “unidentified air conditions” task force has been turning to Artificial Intelligence to help get to the bottom of recent UFO sightings.

“One advantage of AI is that it can ‘think outside the box’ – checking crumbs of information scattered across many datasets created at different times and locations, and drawing links unseen by human eyes – to help determine whether sightings were caused by a hostile country, amateur aviation enthusiasts, nature, or ‘other reasons,’” Li told SCMP.

China has had its fair share of reported UFO sightings. According to Chinese state media, in 2010, Hangzhou’s Xiaoshan airport was shut down, and flights were diverted, due to an object hovering above the runway. Airport officials told reporters that the object was seen around 8:00 PM local time.

“We’ve received orders to shut down the airport until the sky is cleared,” a representative for the airport said. The object eventually disappeared and the airport resumed operations around 10:00 PM. Locals reported seeing a round glowing object that resembled a comet. Further information regarding this case is unavailable.

The first tier reportedly consists of military radar stations, air force pilots, police stations, weather stations, and Chinese Academy of Sciences observatories, gathering as much data as possible on UFO or UAP events. This raw data is said to then be processed by the PLA’s regional military commands to conduct a preliminary analysis, before transferring data on to a national database.

From there, PLA headquarters assigns a “threat index” to sightings based on the observed behaviours, frequencies, aerodynamic design, radioactivity, possible make and materials, along with any pertinent information.

China’s “threat indexing” is said to be aided by AI programs to help examine patterns that may not be easily identifiable to researchers and determine an object’s purpose.

Chinese researchers say that some unusual and unexplained sightings near the South China Sea and “other sensitive waters near China” could be the results of increased U.S. military activities.

While China may be interested in the UFO phenomenon, neighboring Japan has also become more involved in tracking unknown aerial objects in the Pacific. Last September, Japanese Defense Minister Taro Kono instructed Japanese military personnel on what to do if they spot UFOs that could potentially pose a threat to national security.

Meeting with then U.S. Secretary of Defense Mark Esper in Guam, the two leaders agreed that Japan would be a strong ally in monitoring the South Pacific for incursions by unknown aerial objects. Earlier that year, in April, Japan began changing its guidelines surrounding how its military personnel would report sightings of unidentified objects.

Kono personally admitted that he did not believe that these objects were of otherworldly origin, and it has led to speculation that China itself may be a perpetrator of several of these UAP-related incidents.

With many officials and members of the public in the United States and Japan believing that advanced Chinese drones are swarming around American military targets, it is humorous that China points the finger at U.S. technology as being the cause of their own UFO sighting events. No one seems to be saying that it’s aliens.