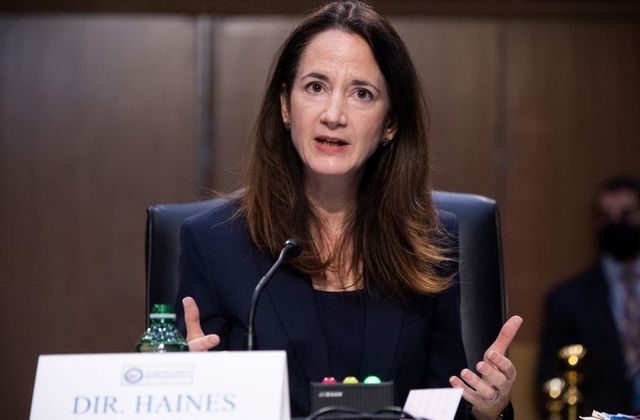 During Wednesday’s open-hearing on Current Worldwide Threats, America’s top intelligence officials said they have not ruled out the possibility that COVID-19 originated from a lab-leak in Wuhan, China.

“It is absolutely accurate that the intelligence community does not know exactly where, when or how the COVID-19 virus was transmitted initially,” Director of National Intelligence Avril Haines told members of the Senate Select Intelligence Committee.

Haines’s comments were in response to a question posed by Vice-Chairman of the Intel Committee, Senator Marco Rubio, R-Fla.

“About a year and a half ago, a bat virus infected human beings, transferred into something that infected human beings. I don’t need to tell everybody what’s happened since then,” said Rubio. “The official answer for why it’s happened, while it is a possible answer, is that this was a new zoonotic transmission, that it crossed over from an animal into a human. But there’s another hypothesis, which is plausible, and that is one that there was an accident in a laboratory that ended up impacting the world in the way we’ve seen.”

“Basically, components have coalesced around two alternative theories. These scenarios are, it emerged naturally from human contact with infected animals, or it was a laboratory accident,” Haines said in her response to Rubio.

At the end of March, the World Health Organization (WHO) released their global study on the origins of SARS-CoV-2, widely known as COVID-19 or the Coronavirus. In the report, investigators failed to determine where the virus originated. Nevertheless, WHO experts ruled the laboratory origin of the pandemic was “extremely unlikely.”

In response, many experts have criticized the WHO’s scientific team for being too quick to dismiss the theory that the virus that has caused nearly 3 million deaths worldwide could have escaped in a laboratory accident at one of Wuhan’s high-containment biological research facilities. Surprisingly, one of those critics is WHO’s own Director-General Tedros Adhanom Ghebreyesus.

“Although the team has concluded that a laboratory leak is the least likely hypothesis, this requires further investigation, potentially with additional missions involving specialist experts, which I am ready to deploy,” said Ghebreyesus in a written statement.

Former director of the U.S. Centers for Disease Control and Prevention, Dr. Robert Redfield, made headlines at the end of March when he said believed the origin for COVID was “most likely” from a laboratory accident in Wuhan, which occurred in September or October of 2019.

In the interview with Dr. Sanjay Gupta, CNN’s chief medical correspondent, Redfield stressed that this was “only an opinion,” acknowledging others did not share the same view. “That’s my own view. Only an opinion. I’m allowed to have opinions now,” said Redfield.

Both critics and proponents have been accused of letting politics influence their views on the lab-leak theory. “The West prides itself on its openness and transparency relative to authoritarian places like China, so in the competition for soft power and legitimacy, this is a useful topic to continue to push,” Scott Kennedy of the Center for Strategic and International Studies told NPR.

With increased political rhetoric against China and racially motivated attacks against Asian-Americans since the pandemic began, Jamie Metzl, a senior fellow at the Washington, DC-based international affairs think tank, the Atlantic Council, said many scientists and reporters have become “cautious” about discussing the lab-leak theory. “It could have been career suicide for scientists to voice suspicions about a possible lab-leak,” Metzl told Technology Review.

Some scientists, however, have spoken out in support of further inquiry into the origins of COVID-19. Some have also pointed out unique aspects of the virus that could point towards it having escaped from a laboratory environment.

In a paper published in May 2020, a team of scientists noted it was unusual that the new coronavirus, SARS-CoV-2, wasn’t having to adapt to spread like SARS-CoV-1, which spread to humans back in 2003. In an interview with Slate, a co-author of the study, Alina Chan mentioned that China’s first BSL-4 laboratory, located at the Wuhan Institute of Technology, holds the closest virus genome to SARS-CoV-2 called RaTG13.

During the Wednesday hearing, Sen. Rubio also mentioned additional circumstantial evidence that suggests the lab-leak theory could be plausible.

“There’s reason to believe it’s plausible,” said Rubio. “Number one, researchers at The Wuhan Institute of Virology have demonstrated from their publication records that they were skilled at techniques in which they genetically modify bat coronaviruses in order to create new man-made viruses that were highly capable of creating disease in human beings.”

“Second, there have been several lab leaks, documented, that have occurred in China, including ones involving the original SARS virus. And third, US diplomats who visited The Wuhan Institute of Virology in 2018 warned of the risks of subpar safety standards that they observed,” added Rubio.

The lab-leak theory has also often been mischaracterized as suggesting the virus could have been a biological weapon. Scientists and the Intelligence Community have universally concluded COVID was not created as a bioweapon.

WHO investigators made several arguments against the lab-leak theory in their report, including there being no record of viruses closely related to SARS-CoV-2 in any laboratory before December 2019.

“The three laboratories in Wuhan working with either CoVs diagnostics and/or CoVs isolation and vaccine development all had high-quality biosafety level (BSL3 or 4) facilities that were well-managed, with a staff health monitoring program with no reporting of COVID-19 compatible respiratory illness during the weeks/months prior to December 2019, and no serological evidence of infection in workers through SARS-CoV-2-specific serology-screening,” WHO investigators additionally noted.

On April 7, 2021, a group of scientists and skeptics published a letter in the New York Times criticizing WHO’s lack of a “robust process” for investigation and demanded “further inquiries” into the pandemic’s origins.

During Wednesday’s hearing, CIA Director William Burns said he agreed with Haines that the lab-leak theory was still plausible. Burn also criticized China for its lack of transparency.

“The one thing that’s clear to us and to our analysts is that the Chinese leadership has not been fully forthcoming or fully transparent in working with the [World Health Organization] or in providing the kind of original complete data that would help answer those questions,” said Burns. “We’re doing everything we can, using all the sources available to all of us on this panel, to try to get to the bottom of it.”

Head of America’s Intelligence Community, Haines, told lawmakers that officials are still working on trying to get a definitive answer to COVID-19’s origin. “That is where we are right now, but we’re continuing to work on this issue, and collect information, and do the best we can essentially to give you greater confidence in what that scenario is,” said Haines.