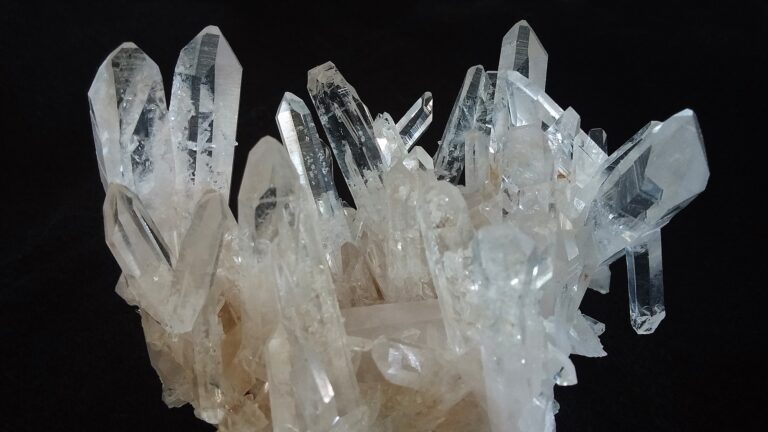 New research reveals the pure form of lonsdaleite, a space diamond that may be able to make stronger machinery (PC Pixabay.com)

Deep in the heart of West Africa, a recent meteor shower has piqued many scientists’ interest after several of the meteors were found to contain special diamonds from outer space.

These diamonds, known as lonsdaleite, came from a faraway dwarf planet that was hit by an asteroid around 4.5 billion years ago. The diamonds not only reveal more about the history of our universe but also suggest the existence of rare diamond shapes that may occur elsewhere in the natural world. If we can produce these shapes on an industrial scale, they may have significant implications for the future of technology.

Background: What is Lonsdaleite?

Named after the well-known British female crystallographer Dame Kathleen Lonsdale, lonsdaleite describes a special hexagonal phase of diamond formation. Historically, scientists were interested in lonsdaleite because it supposedly had the same or stronger properties than that of a cubic diamond in terms of its hardness, rigidity, and compression strength.

However, these properties have yet to be tested experimentally, as synthesizing pure lonsdaleite has proven to be difficult, if not impossible. Now, thanks to the recent batch of meteorites discovered in western Africa, scientists can better understand the properties of this unique space diamond and try to find ways to recreate it synthetically.

Analysis: Cracking into a Space Diamond

To study these meteorites, researchers from Monash University collaborated with those at RMIT University to uncover these diamonds’ structure and origin. The researchers utilized advanced electron microscopy methods to see how these rocks formed.

According to RMIT professor Dr. David McCulloch, “We have also discovered the largest lonsdaleite crystals known to date that are up to a micron in size- much, much thinner than a human hair.” In looking at the structure of these unique diamonds, McCulloch has an idea of how they were first formed.

“There’s strong evidence that there’s a newly discovered formation process for the lonsdaleite and regular diamond,” he explained, “which is like a supercritical chemical vapor deposition process that took place in these space rocks, probably in the dwarf planet slowly after a catastrophic collision.”

Mcculloch said that this vapor deposition was similar to how diamonds are made in a laboratory, only this process happened eons ago. “This study proves categorically that lonsdaleite exists in nature, ” he added. With this space diamond found in nature, the next step of reproducing it may not be as difficult as expected.

With a theoretical method for producing lonsdaleite, the researchers hope to try and make the pure diamond synthetically.

“We think that lonsdaleite could be used to make tiny, ultra-hand machine parts if we develop an industrial process that promotes the replacement of pre-shaped graphite parts by lonsdaleite,” explained Monash University professor Dr. Andy Tomkins.

As studies of this unique variety of space diamonds continue, it may only be a matter of time before we see their implementation into machinery and other innovative technologies in the years ahead.