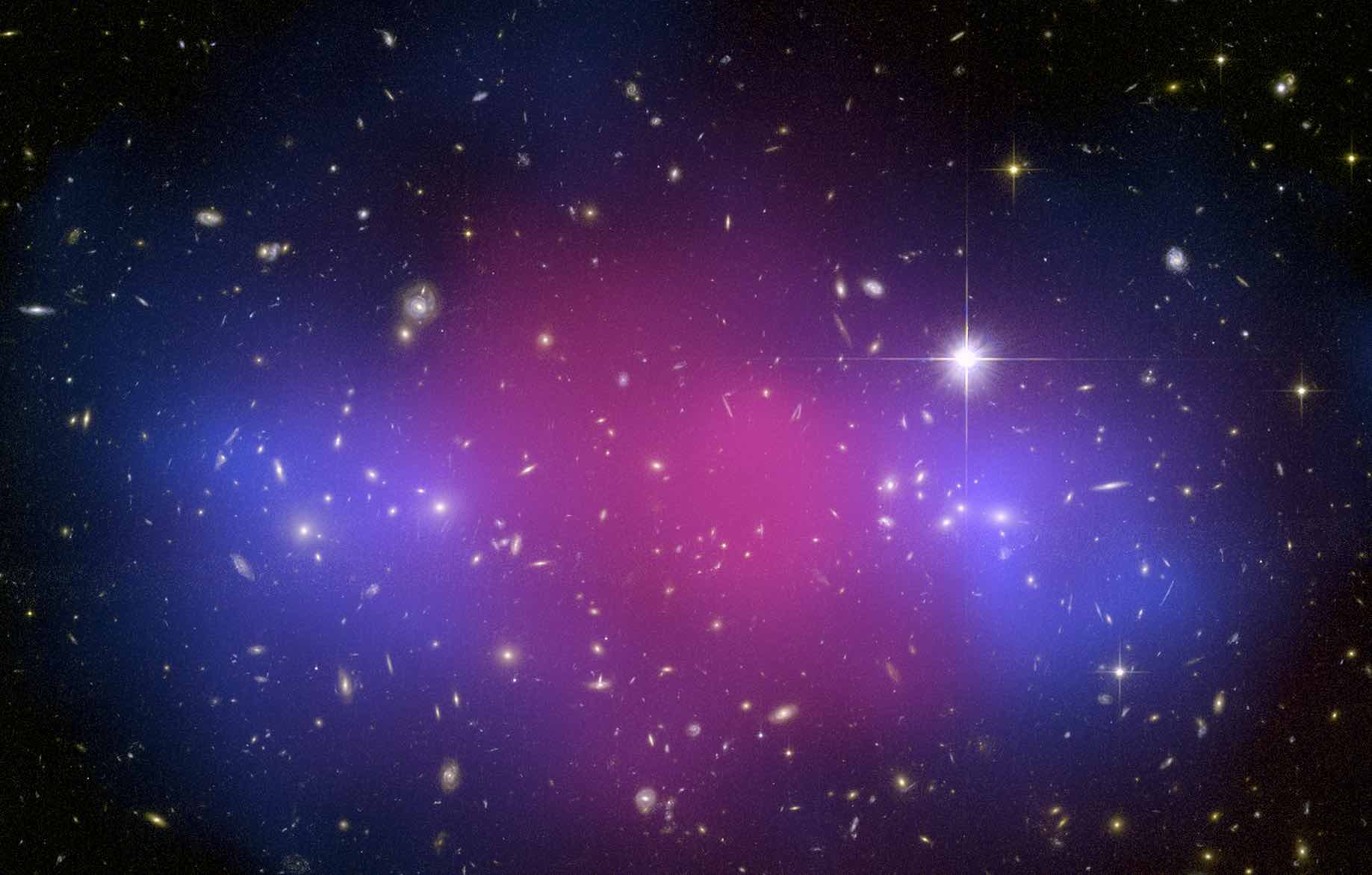 For the first time, scientists have mapped the dark matter around distant galaxies in a cosmological analysis that studies high redshift galactic formations, according to new research.

Dark matter and dark energy are hypothetical, nonluminous materials that many scientists believe to comprise a large majority of the mass and energy in our universe. Residing in the halos that envelop galaxies, researchers are able to learn about dark matter from observations of galaxies at various stages in their development over time.

The most distant galaxies in our universe possess the highest redshifts—radiation that is displaced toward the longer wavelengths at the red end of the color spectrum—which makes them tricky for astronomers to observe on account of their low visibility. However, astronomers have nonetheless managed to glean information about these distant galaxies over time, including the nature of the dark matter residing in their galactic halos, by observing the “footprints” they leave as temperature changes in the cosmic microwave background through what is known as gravitational lensing.

Now, a team led by Hironao Miyatake of Nagoya University, Japan, has succeeded in mapping the distribution of dark matter around distant galaxies at a redshift of close to 4 using gravitational lensing measurements, as detailed in a new paper published in Physical Review Letters.

According to the paper’s abstract, the team reports “the first detection of the dark matter distribution around Lyman break galaxies (LBGs) at high redshift through the cosmic microwave background (CMB) lensing measurements,” which relied on data from the Planck Public Data Release 3 Maps made available to the public via the online NASA/IPAC Infrared Science Archive.

“After careful investigations of systematic uncertainties, such as contamination from foreground galaxies and cosmic infrared background, we obtain the significant detection of the CMB lensing signal at 5.1σ that is dominated by 2-halo term signals of the LBGs,” the team reports.

Miyatake, an observational cosmologist, says he relies on weak gravitational lensing “as a tool to probe the nature of cosmic acceleration and astrophysical properties of galaxies and galaxy clusters.”

“While there is strong evidence for cosmic acceleration, its nature is poorly understood,” Miyatake says on his website. “In the CDM model, cosmic acceleration is caused by dark energy which makes up about 69% of the cosmic energy density.”

“If dark energy evolves with time, it would imply a new type of dynamical field,” Miyatake says. “Cosmic acceleration might also imply the breakdown of Einstein’s General Relativity at cosmological scales.” Such observations, according to Myatake, could require a “modification of fundamental physics.”

With their recent analysis of the Planck data, Miyatake and his team looked at the “footprints” of distant high-redshift galaxies, identified by the Hyper Suprime-Cam Subaru Strategic Program Survey. Comparing this against existing models of dark matter distribution around galaxies, the researchers were able to identify the limits of their average halo mass in ways consistent with the typical expected amount of dark matter they should possess.

By combining cosmic microwave background lensing measurements with large-scale galactic clustering signals, the team says they have managed to demonstrate the first reported cosmological analysis at a redshift of about 4.

“This study opens up a new window for constraining cosmological parameters at high redshift by the combination of CMB and high-z galaxies,” the team writes, “as well as studying the interplay between galaxy evolution and large-scale structure at such high redshift, by upcoming CMB and optical and near-infrared imaging surveys.”

Miyatake did not respond to requests for further comment from The Debrief about his team’s research.

Outlook: A Glimpse at the Early Universe

The team’s findings are promising, particularly due to the fact that they showcase the ability to study the growth phases of cosmic structures like galaxies going back to much earlier periods in our universe, when it was just one billion years old.

In the years ahead, even more advanced surveys of large scale structures will be capable, thanks to the help of Chile’s Simons Observatory, as well as the CMB-S4 both in Chile and at the South Pole. Each of these facilities will soon be able to conduct observations across multiple frequencies, which will only sharpen the detections made by future cosmic microwave background lensing measurements and mapping.