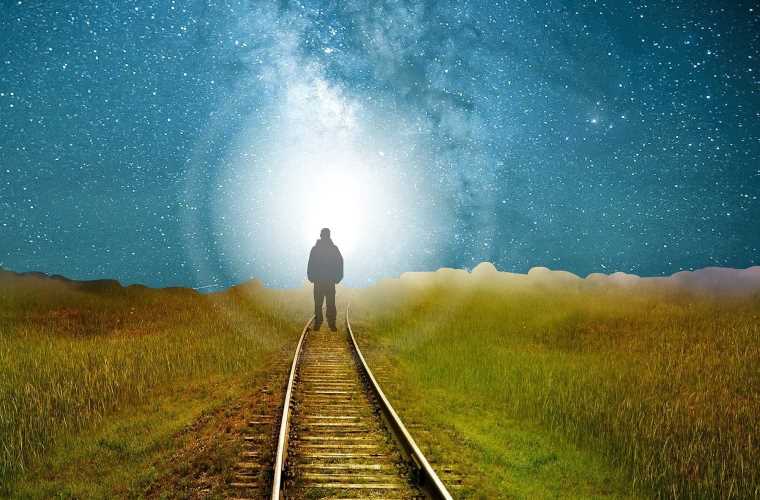 Does Your Brain Replay Your “Best Life” When You Die?

A new study says your brain may be “active and coordinated” during your time of death, potentially replaying the highlights of your life. Furthermore, the same research indicates the brain may be pre-programmed to orchestrate the whole after-death recall ordeal.

Reports of near-death experiences, including visitation from lost loved ones, are widespread. Although the details sometimes change, these experiences share some basic similarities. Among those similarities is the rapid recall of significant life events near or even after someone has been declared clinically dead. However, until now, seeing your life “flash before your eyes” has remained anecdotal.

Now, a new study shows that a revisiting of one’s life events may not only be commonplace but may represent a process that is hard-wired into the human brain.

BRAIN CONTINUES TO MAKE WAVES EVEN AFTER DEATH

“When an 87-year-old patient developed epilepsy, Dr. Raul Vicente of the University of Tartu, Estonia, and colleagues used continuous electroencephalography (EEG) to detect the seizures and treat the patient,” explains a press release announcing the study’s results. “During these recordings, the patient had a heart attack and passed away.”

Although sad, this unexpected set of circumstances allowed the researchers the unprecedented opportunity to record the activity inside the human brain while it was in the process of dying.

“We measured 900 seconds of brain activity around the time of death and set a specific focus to investigate what happened in the 30 seconds before and after the heart stopped beating,” said Dr. Ajmal Zemmar, a neurosurgeon at the University of Louisville, US, who organized the study. “Just before and after the heart stopped working, we saw changes in a specific band of neural oscillations, so-called gamma oscillations, but also in others such as delta, theta, alpha and beta oscillations.”

More commonly known as brain waves, these oscillations are present in a normally functioning human brain. According to the study, these different brain waves occur during high-cognitive functions, including meditation, dreaming, concentrating, information processing, memory retrieval, and conscious perceptions, “just like those associated with memory flashbacks.”

Surprisingly, the researchers saw this exact type of behavior within the brain of the dying patient, seemingly indicating his brain was still active even after his stated death. The region associated with memory retrieval showed the highest consistent activity level even after the rest of the body ceased to function.

“Through generating oscillations involved in memory retrieval, the brain may be playing the last recall of important life events just before we die, similar to the ones reported in near-death experiences,” speculated Zemmar of his team’s study results. “These findings challenge our understanding of when exactly life ends and generate important subsequent questions, such as those related to the timing of organ donation.”

DEAD Might BE RElivING “NICEST” MOMENTS OF THEIR LIVES

With results published in the journal Frontiers in Aging Neuroscience, the researchers caution that their data is from one patient who had already suffered seizures and brain damage, so his results may not be typical. However, Zemmar says he plans to investigate more cases to see if this result is commonplace.

If his results are confirmed, this news may affect end-of-life decisions, including the harvesting of organs. Of course, for those losing a loved one, the idea that they may be reliving their life’s highlights at its end could also offer some comfort.

“As a neurosurgeon, I deal with loss at times. It is indescribably difficult to deliver the news of death to distraught family members,” said Zemmar. “Something we may learn from this research is: although our loved ones have their eyes closed and are ready to leave us to rest, their brains may be replaying some of the nicest moments they experienced in their lives.”