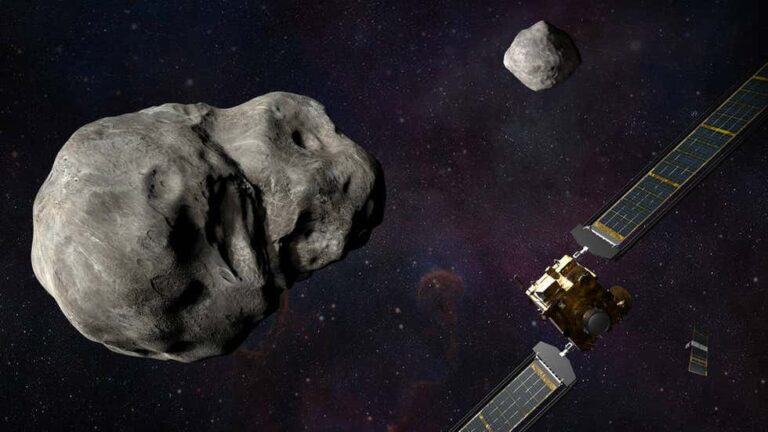 A mission to test technology that may one day be used to defend our planet against potentially deadly asteroids and other near-Earth objects was successfully launched on Wednesday, according to NASA.

Carried aboard a SpaceX Falcon 9 rocket, NASA’s Double Asteroid Redirection Test (DART) made liftoff at 1:12 AM from the Vandenberg Space Force Base in California. The launch occurred from its famous Space Launch Complex 4 East.

DART is expected to be a key component of NASA’s planetary defense effort in the years ahead, and the current mission will see the craft being sent to intercept a non-threatening asteroid and slightly alter its present course as a demonstration of the technology. Thereafter, astronomers will monitor the space rock’s motion, which will be moved onto a course that makes it easy for ground-based telescopes to track its location.

“The test will provide important data to help better prepare for an asteroid that might pose an impact hazard to Earth, should one ever be discovered,” read a NASA statement.

The technology demonstration is expected to determine how effectively DART can make its way to its target asteroid and perform a kinetic impact, which involves intentionally colliding with the object in order to alter its current course. In the event that any similar asteroid or other object were found to be on a collision course with Earth, the current DART mission will provide invaluable data on whether threatening space objects can similarly be deflected onto non-threatening trajectories.

The mission’s target is 65803 Dimorphos, which is actually a moon orbiting the larger asteroid Didymos. DART is expected to impact with the object sometime in September or October 2022.

DART is accompanied by a LICIACube on its mission, provided by the Italian Space Agency, which is a CubeSat that will capture images of the critical stages of the mission after it is released prior to impact. Assistance is also to be provided by the European Space Agency’s Hera project, which will carry out detailed surveys of the crater left once DART collides with the asteroid, along with surveys and other vital information about the mission.

NASA Administrator Bill Nelson expressed excitement about the mission, and emphasized the important role DART and similar technologies will likely play in the decades to come.

“DART is turning science fiction into science fact and is a testament to NASA’s proactivity and innovation for the benefit of all,” Nelson said. “In addition to all the ways NASA studies our universe and our home planet, we’re also working to protect that home, and this test will help prove out one viable way to protect our planet from a hazardous asteroid should one ever be discovered that is headed toward Earth.”

Lindley Johnson, planetary defense officer at NASA Headquarters, says that although no asteroids that are believed to represent a threat to Earth have presently been detected, part of NASA’s current efforts includes improving ways that potential impactors can be detected as much as several years, or even decades before action must be taken.

“DART is one aspect of NASA’s work to prepare Earth should we ever be faced with an asteroid hazard,” Johnson said in a statement, adding that coinciding with the DART mission, NASA is making preparations for the forthcoming Near-Earth Object Surveyor Mission, which will involve the use of an infrared telescope that will be launched into orbit sometime later in the decade, and which will further aid NASA and other space agencies in detecting possible hazards that may approach Earth.

The DART program was constructed and is currently being managed by the Johns Hopkins Applied Physics Laboratory (APL) in Laurel, Maryland, in coordination with NASA’s Planetary Defense Coordination Office. The DART mission is a component of the agency’s Planetary Missions Program Office, with additional support from a variety of NASA centers that include its Jet Propulsion Laboratory (JPL) in California, and others. SpaceX, a commercial partner of NASA, provides launch services for the DART mission.