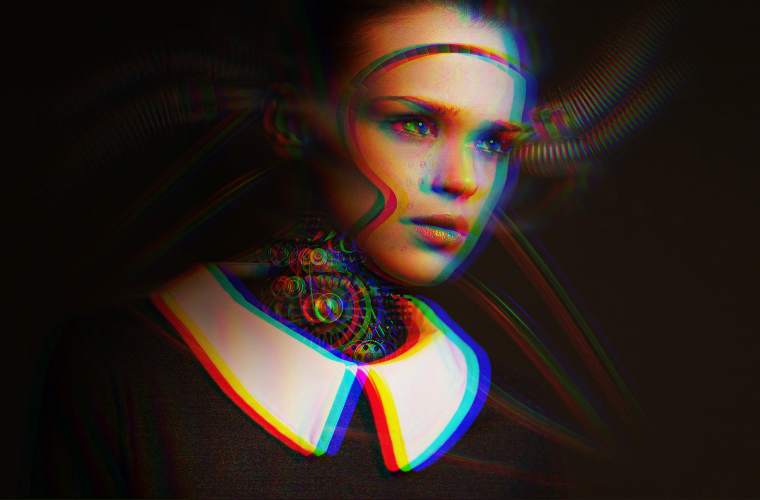 Top 5 Things About A.I. That This Science Fiction Writer Thinks Will Kick Ass

Steve Jobs once said, “It’s really hard to design products by focus groups. A lot of times, people don’t know what they want until you show it to them”. The technology we have today does not exist because a consumer demanded it; it exists because a person, like a science fiction writer maybe, with a similar foresight to Steve Jobs dreamed it up. But should we be embracing new technology or fearing it?

For too long, society has endured a love/hate relationship with tech, but the fear is real for some. Science fiction books and movies could be partly to blame for that; they don’t always paint technology in the most positive light. But has this fear of the unknown influenced society so much that we only see the bad in new things?

Artificial intelligence may be a dirty word in some quarters. Yet, ask any nerd or geek, and they will shout, “It’s about time!”

I’m one of those people, drumming my fingers, waiting for civilization to push out of the past and into the future. Okay, science fiction probably hasn’t helped AI progression by depicting it often as the nefarious overlord, intent on world domination. But the purpose of sci-fi isn’t to scare: it’s to challenge the boundaries of what we believe might one day be achievable. Why else would the genre truly excite us were it not for the many, many things that could go wrong?

Perhaps we should be fearful. Isaac Asimov’s iRobot showed psychotic, sentient robots rebelling against their human creators. Philip K. Dick’s The Minority Report put our future in the hands of precogs (mutant humans who thought like machines). The latter were trusted not only to predict the future but to do so accurately. And do we really need to talk about Terminator or The Matrix?

If you’re reading this, chances are you’re smiling and thinking, “Oh, yeah, that machine uprising was great.” You’re either a nerd or a geek who thinks technological advances are good, and science fiction would be boring if humans and AI got along. But Skynet aside, what can AI really do for us?

But what benefits will Deepfakes have going forward?

I can think of several artistic ones. It could eliminate the need for costly reshoots of movie scenes. Or what if an actor dies during the making of a film, as Carrie Fisher did during Star Wars? What about making new movies with your favorite actors from the past?

There are other less artistic uses. One way that Deepfakes could be used is in their ability to generate realistic simulations of the past. Perhaps our exploration of past human habits could help us design a better future, taking into account the ever-changing needs of modern life. As I write this, the world is in the middle of a pandemic. What if we came out on the other side energized about new ways to live better, smarter, and healthier? AI can help with that.

Boston Dynamics. Who hasn’t seen their viral videos showcasing their dancing AI robots? The idea of robots with AI technology does not thrill everyone (Terminator anyone?). Some may also see robot workers as the beginning of a process that will lead to the loss of millions of jobs.

I see it as evolution. No, I don’t mean the robots are coming and will destroy your life. Let’s think beyond the obvious here. What if, by removing manual labor from specific manufacturing processes, we bring down the cost of goods? Robots aren’t primed to take over all jobs. We still need human expertise to drive innovation, but using robots for menial tasks will allow us to reimagine society. It could lead to the creation of better jobs and roles that will transform us into a more satisfied workforce.

The driving enthusiasts among you may scoff: ‘No way! I love driving too much.’ But take this pleasure out of the equation, and you will see there are many advantages to self-driving cars.

Me? I cannot wait for my car to drive me home after a night out. Or what about ordering a driverless taxi cab? There’s another cool advantage: self-driving vehicles would drastically reduce accidents, which could, in turn, lower the cost of car insurance.

Oh, and for those clutching your steering wheels, don’t worry. In my future, there will be a button on the dashboard that you can press, and the wheel will pop out. But for that pleasure, you’ll be forced onto a side road where you’ll have to schlep it with the other accident-prone ‘normals.’

You may have already heard about deep learning. But what is it, exactly? In short, artificial intelligence imitates the workings of the human brain in processing data and creating patterns for decision-making.

What could go wrong? Machines control everything, and we lose what it means to be human.

What could go right? While technology has come on leaps and bounds since the latter half of the twentieth century, we lag behind in many things, including cutting-edge healthcare. Analyses take time. Diagnoses are not always accurate due to the complex nature of the human body. What if we could use AI to diagnose patients faster and more accurately? What if we could use it to eliminate diseases that have plagued modern science for too long?

Deep learning has other uses too. Instant and accurate language translation could be a game-changer for communications around the world. What if you could use instant translation programs that take into account dialect and humor? Think of the conversations you could have with people you might never have spoken to before.

We’ve all heard about Siri and Alexa. Google even has its own helpful online friend. While I’m all for using a virtual assistant who I don’t have to pay, they are not there yet in terms of usefulness. It gets annoying pretty quick when I have to repeat myself to Google as it, yet again, fails to recognize my Irish accent!

But apart from mistaking Soft Rock for Death Metal, virtual assistants could have numerous positive uses in the future. They could be your best friend, your psychologist, your right-hand woman (or man). They could simplify your life beyond reciting back a few facts or keeping your calendar in check. Or, as Deckard tried to in Blade Runner and Officer “K” in Blade Runner 2049, you might fall in love with your AI and live happily ever after.

So there you have it. While AI is not new, it has yet to mature into something that we science fiction writers dream about and make manifest in our stories. One day, all those stories I write may become a reality. For now, I’ll still be driving my own car and yelling at my Google assistant in my Irish brogue.

Eliza Green was born and raised in Dublin, Ireland. She lives there with her sci-fi loving, evil genius best friend. When not working on her next amazing science fiction adventure, you can find her reading, indulging in new food at an amazing restaurant or simply singing along to something with a half decent beat. You can find her online on Facebook, Instagram, and on her website.