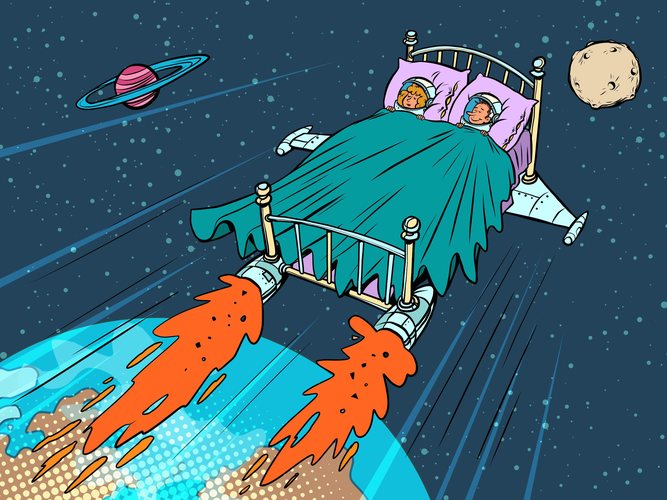 Deep space travelers and other humans that suffer from muscle loss may one day be able to take advantage of a trick used by certain types of squirrels during hibernation. Known as “urea nitrogen salvage,” this process employs gut microbes that can recycle the nitrogen in urea to preserve muscle mass, even without food, for months at a time.

BACKGROUND: MUSCLE LOSS IN SPACE IS A REAL PROBLEM

In the zero-gravity environment of space, muscle loss is an issue that plagues all space travelers sooner or later. Current efforts to combat the condition revolve mostly around intense exercise. Still, future missions that will travel deeper into the cosmos may find that spacecraft size limitations restrict the amount of workout equipment they can bring along.

To combat this problem for both space travelers and everyday humans who suffer from muscle wasting medical conditions, a biologist from the Université de Montréal (UdeM) looked at hibernating squirrels to learn how they use this process to prevent muscle loss over a months-long hibernation.

ANALYSIS: HIBERNATING SQUIRRELS TO THE RESCUE?

According to the press release announcing the research, urea nitrogen salvage is a process employed by a typical North American squirrel known as the 13-lined ground squirrel. When these squirrels hibernate, they “harness a metabolic trick of their gut microbes to recycle the nitrogen present in urea, a waste compound that is usually excreted as urine, and use it to build new tissue proteins.”

To confirm this mechanism, UdeM researcher Matthew Regan injected test squirrels with customized urea that allowed him to track it through the animals’ systems.

By tracking the custom labeled urea throughout the process, Regan discovered that it flowed from the animals’ blood to their gut, where specialized microbes could break it down into more useable metabolites. These metabolites were then tracked from the gut to their reappearance in the squirrels’ tissue protein.

“Essentially, seeing {the custom labeling] in metabolites at these various steps indicated that they originated from urea, and thus, that the hibernator was using urea nitrogen salvage,” said Regan.

To confirm his results, Regan tested squirrels whose gut microbiomes had been purposely depleted, removing the microbes capable of breaking down the urea for use in muscle loss prevention. As expected, the custom-labeled metabolites did not show up in the animals’ muscles, meaning the microbiome in the gut was critical in this process.

Regan also learned that the urea nitrogen salvage process was more prevalent in the latter stages of hibernation, another clue of the importance of this process as fasting continues over long periods.

Regan, who published his research in the journal Science, is continuing his study of this process with a grant from the Canadian Space Agency by using data already captured about the methods behind human muscle loss in space.

Betelgeuse Mystery May Be Solved with Help from a Stellar “Monster”

“To be clear,” added Regan, “these applications, though theoretically possible, are a long way from delivery, and a lot of additional work is needed to translate this naturally evolved mechanism safely and effectively to humans.”

But, he also notes, “One thing I find encouraging is that a study from the early 1990s provided some evidence that humans are capable of recycling small amounts of urea nitrogen via this same process. This suggests that the necessary machinery is in place. It just needs to be optimized.”