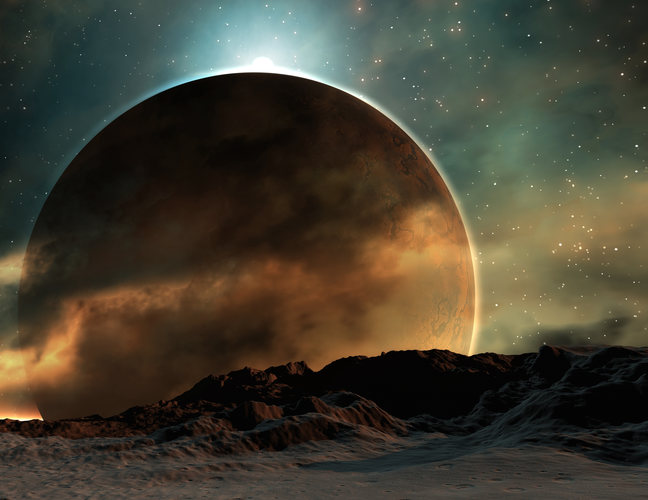 Researchers have created a three-dimensional map of the atmosphere of an exoplanet 322 light-years from Earth. The resulting 3D map of the swirling gases surrounding the Jupiter-like exoplanet is not only an astronomical first, but it should also help inform the search for Earth-like exoplanets capable of supporting extraterrestrial life.

Since astronomers discovered the first such alien world in 1995, nearly 5,000 exoplanets have been identified. The majority of these alien worlds are gas giants, like Jupiter or Saturn, making them significantly less likely to support life as we know it. However, understanding how these planets evolve is still vital and can better inform the search for more Earth-like worlds.

Now, a research team from Lund University in Sweden has zeroed in on a Jupiter size planet outside of our solar system to see if they could successfully measure the exoplanet’s atmosphere, resulting in the first-ever exoplanet 3D atmospheric map.

EXOPLANET ATMOSPHERE FISRT TO BE MEASURED AND MAPPED

Dubbed WASP—189b, the exoplanet selected for study by the Lund University research team is about as different from Earth as any of the thousands of exoplanets previously discovered. For instance, it is very close to its host star, making its planetary year the equivalent of only 2.7 Earth days. This stellar proximity also makes the planet’s dayside temperature a scorching 3,200 degrees Celsius, too extreme for even the most extreme types of known life.

“We used a high-resolution spectrograph to collect star light from the host star, at a time when the light also passed the exoplanet’s gas envelope,” explains Bibiana Prinoth, a doctoral student in astronomy at Lund University who led the study, in a press release. “After extracting the relevant parts of the spectrum, we were able to link at least nine variants of known substances to the atmosphere of WASP-189b.”

Specifically, Prinoth and her team found iron, titanium, chromium, vanadium, magnesium, manganese, and hard-to-detect titanium oxide in the atmosphere. These different elements were then mapped, showing that “WASP-189b has a layered type of atmosphere where three-dimensional chemistry, thermal effects, and dynamics in the form of winds play an important role.”

“In the past, it has only been possible to analyze the atmospheres of this type of exoplanet with one-dimensional models,” said Prinoth. “In our study, we pave the way for using high-resolution spectrographs to gain a much deeper understanding of exoplanet atmospheres.”

With their work published in the journal Nature Astronomy, the Lund researchers concede that this particular planet isn’t likely home to extraterrestrial life but also note that the ability to characterize, quantify and even map an exoplanet’s atmosphere will offer those searching for life outside of Earth a much-needed tool in the life-hunting arsenal.

“I am often asked if I think my research is relevant to the search for life elsewhere in the universe,” said Prinoth. “My answer is always yes. This type of study is a first step in this search.”