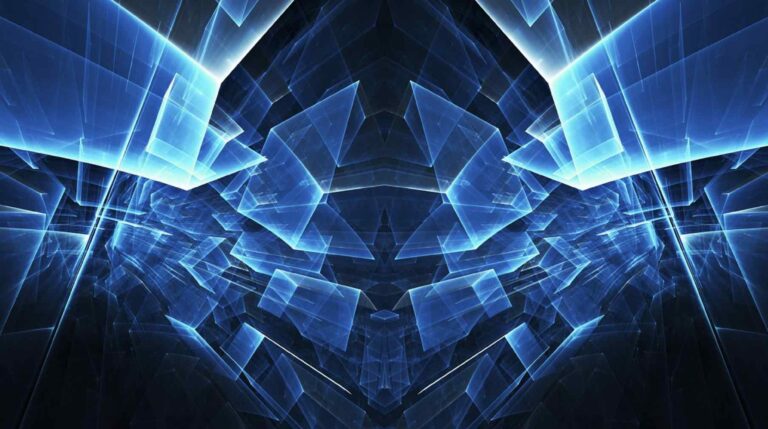 Did Scientists Just Prove the Existence of a Mirror Universe?

Researchers attempting to explain the cosmic expansion of our universe say they have found an elegant and simple solution: the existence of a mirror universe. The idea has been floated in the past to explain the discrepancy between matter and anti-matter left over after the big bang. Still, this solution may also explain the inconsistencies found by researchers trying to measure the universe’s expansion.

In science fiction, characters often meet doubles of themselves and others who come from a parallel universe. One example is the original Star Trek episode titled “Mirror, Mirror,” where a malfunction in the ship’s transporter swaps crew members with their “evil” twins from a mirror universe.

Real-world scientists have used such a concept to explain why our universe has matter when mathematics says all of the matter should have been annihilated by its own anti-matter twin as soon as it popped into existence.

Now, a new research paper takes another look at the mirror universe concept, only this time they are trying to explain the different measurements for the universe’s constant expansion known as the cosmic tension theory. And based on their initial results, renewed support for the mirror universe’s existence may once again be gaining momentum.

When studying the expansion of our universe, cosmologists usually look at two key measurements. The first involves changes in the cosmic microwave background, while the second involves measuring extremely distant objects like supernovae. Unfortunately, the more precise measuring capabilities become, the more the two figures don’t line up. This discrepancy is sometimes called the cosmic tension problem.

When attempting to rectify this inconsistency, researchers from the University of New Mexico and the University of California, Davis, made several mathematical models. Published in the journal Physics Review Letters, their paper, “Symmetry of Cosmological Observables, a Mirror World Dark Sector, and the Hubble Constant,” involved tweaking existing cosmological models to try to make the two cosmic expansion measurements align with each other.

It is complex mathematical stuff, but according to an analysis by Universe Today: “The team found that when you tweak cosmological models to match the observed expansion rates, several unitless parameters stay the same, which suggests an underlying cosmic symmetry.”

Unitless parameters (think fine structure constant) are observed or measured constants (like the speed of light) that total zero when added together. Finding symmetry in those measurements is of particular significance to theorists when trying to explain the inconsistency between the two rates of universal expansion.

After running their calculations, the research team behind the latest discovery says there is one model that explained this discrepancy perfectly without violating any laws of physics: a mirror universe.

“We find that a uniform scaling of the gravitational free-fall rates and photon-electron scattering rate leaves most dimensionless cosmological observables nearly invariant,” the researchers write in their study’s abstract. Therefore, they add, “A “mirror world” dark sector allows for effective scaling of the gravitational free-fall rates while respecting the measured mean photon density today.”

In effect, the research team found that the idea of another reality that perfectly mirrors our reality explains many of the discrepancies perfectly.

A MIRROR UNIVERSE WOULD AFFECT OURS THROUGH GRAVITATIONAL PULL

In their paper, the research team notes that this is simply a mathematical model and that some problems still need to be resolved. As they explain, “further model building might bring consistency with the two constraints not yet satisfied: the inferred primordial abundances of deuterium and helium.”

Of course, if they are able to resolve those issues and the observed invariance is real, Universe Today notes that “it implies the existence of a mirror universe. One that would affect our universe through a faint gravitational pull.”

As mathematical concepts go, it is a relatively elegant solution to a long observed problem, even if the idea behind it may be too far out for some scientists. However, as a science writer with a science fiction background, I’d like to quote Spock’s evil twin from the mirror universe, who said, “Captain Kirk, I shall consider it.”