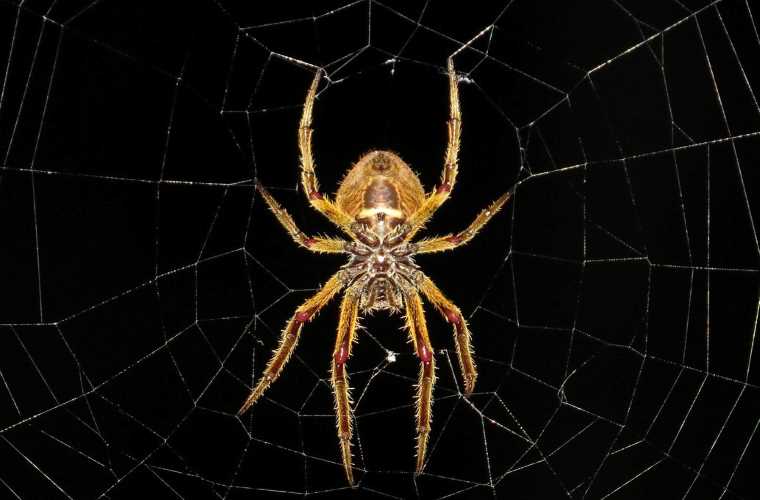 New research shows that spiders who use silk threads to fly may be tapping into electricity in the Earth’s atmosphere for lift. Previous theories proposed that flying spiders used their silken threads to catch updrafts of warming air and sail on the wind. Now, researchers believe both forces may be at work.

Most birds and many insects can fly, and some squirrels can even glide. But few creatures have developed a more ingenious method of flight than spiders. Of course, not all spiders can fly. But the ones who do take flight on silken threads use a process experts refer to as “ballooning” that has consistently perplexed researchers.

Some theories proposed that natural eddies near the Earth’s surface could give smaller spiders enough lift, while others have said that rising currents of warm air may be enough to do the trick. Factoring in the revelation that spiders can add electricity to their web to make it stickier, another idea has been proposed; spiders are using electricity to fly.

A 2018 study seemed to validate this hypothesis by proving that electric fields generated by regular weather activity could exert enough force on a single strand of oppositely-charged spider’s silk to lift both it and a tiny spider into the air. Now, a research team using simulation software designed for blockbuster Hollywood movies has taken that work to the next level by helping to determine the mechanics and physics behind this novel method of flight.

“The ballooning of spiders is hypothesized to be caused by the presence of the negative electric charge of the spider silk threads and the positive electric potential field in the Earth’s atmosphere,” explains the recently published research.

Of course, this is not the first attempt to validate the hypothesis of spiders using electricity to fly. However, the inherent difficulty in directly measuring charges in tiny strands of spiders silk, especially in their natural environment, has hampered most efforts. Researchers M. Khalid Jawed of the University of California, Los Angeles, and Charbel Habchi of Notre Dame University-Louaize decided to take a new approach: modeling spider silk and electricity in the Earth’s atmosphere with software developed for an entirely different purpose.

“Several hit Hollywood movies, such as The Hobbit and the Planet of the Apes series, have used this formulation for fur and hair,” Habchi told Physics.

This unique algorithm allowed Jawed and Habchi to divide a single strand of spider silk into many segments that can bend and stretch independently from each other. That is particularly beneficial because, in nature, spiders that balloon often use many strands to get off the ground instead of relying on just one. In physics terms, this also means that the researcher can model the forces that the electrically charged strands will exert on each other. As it turned out, the software designed to model Hobbit hair was perfectly matched to this task.

To complete their simulation parameters, the researchers factored in the effects of gravity, the fact that the atmosphere’s electric field decreases with height, the separate electric charge of each of the individual threads, and the impact of air resistance, specifically drag on those threads. After inputting all of these parameters, the duo ran several simulations and found what they were looking for; the forces of gravity, drag, electrostatic lift, and the threads spreading out all helped the spiders take flight without any aid from air currents.

“We think that, at least for small spiders, the electric field, without any help from upward air currents, can cause ballooning,” said Habchi. However, the research duo notes, larger spiders who balloon probably still require a boost from air currents to get them aloft.

FUTURE NANO-DRONES COULD RIDE THE LIGHTNING INTO EXOPLANET ATMOSPHERES

Although only a computer simulation, the new research builds on previous work supporting the idea that spiders can use electrically charged webs to take flight. Still, the researchers behind this effort say they would love to get out of the lab and witness spider ballooning in nature while measuring wind, atmospheric charge, and other variables in the creatures’ natural habitat.

As far as practical applications, this discovery of a novel flight mechanism in nature that doesn’t operate using traditional principles of aerodynamic lift may open the door to a whole new field of bio-inspired aviation research. Such applications may include tiny drones that study Earth’s atmosphere or even space spiders that ‘ride the lightning’ into the atmospheres of other planets.

“This understanding could be helpful for designing new types of ballooning sensors as probes to explore atmospheric properties,” said Habchi.