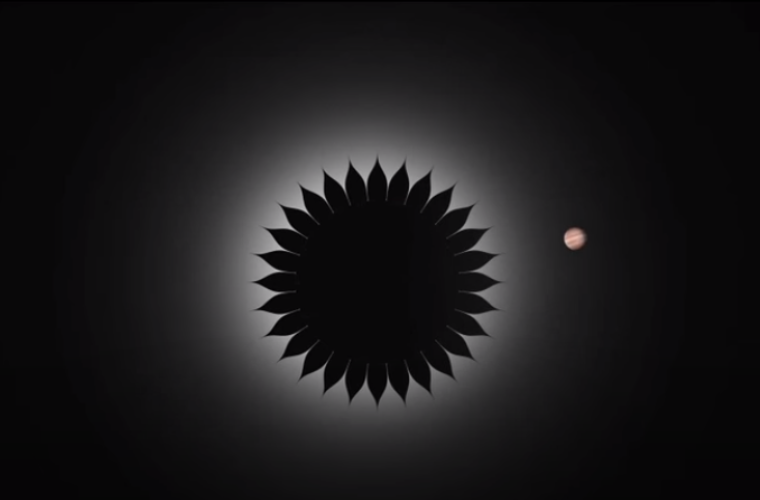 EXOPLANETS ARE HARD TO SPOT DIRECTLY

Hunting for exoplanets is hard work. That’s because planets are often billions of times dimmer than their host stars, severely hampering efforts to image them directly. For example, the Sun is 10 billion times brighter than the Earth at visible light wavelengths.

Direct imaging of exoplanets is even more challenging. Even the newly deployed James Webb Telescope isn’t powerful enough to directly image a planet around another star. As a result, astronomers must look for the gravitational effects of exoplanets on their host stars or the dimming of a host star as a planet crosses in front of it.

Now, with the help of NIAC, a team of researchers is working on a novel new project that would allow the largest telescopes on Earth to peer into the depths of the cosmos and potentially snap a direct image of Earth 2.

“We propose the first hybrid observatory, combining a 100 m diameter starshade in space with a telescope on the ground,” explains the HOEE project summary page. “The HOEE is the most powerful exoplanet observatory yet proposed.”

In theory, a starshade placed in the correct orbital location should block enough light from an exoplanet’s host star to allow one of the extremely large telescopes currently under construction to find and potentially image an Earth-like exoplanet.

“The Hybrid Observatory for Earth-like Exoplanets (HOEE) would convert the largest ground-based telescopes now under construction (Giant Magellan Telescope, Thirty Meter Telescope, and Extremely Large Telescope) into the most powerful planet finders yet designed,” the summary explains. “No other proposed equipment can match the angular resolution (image sharpness), sensitivity (ability to see faint objects in a given time), or contrast (ability to see faint planets near bright stars).”

As noted, the large telescopes needed for this type of project are on their way. However, the critical starshade component is still not yet viable. “This starshade is not constructible with today’s designs,” the summary explains.

For instance, simply sending a 100m starshade into space is a challenge all its own. Furthermore, keeping the starshade over the exact telescope while also keeping it taught does not have a perfect solution either. Fortunately, these are some of the challenges the new funding will help to address.

First up is an ultra-lightweight redesign of the starshade concept that can be built or assembled in space. “If it can be assembled or constructed after launch, it need not be built to survive launch,” the summary explains.

The team is also looking to reduce the weight of the currently proposed designs. “Our objective is to cut the starshade mass by more than a factor of 10,” they explain. “There is no reason to require thousands of kg to support 400 kg of thin membranes.”

“It must satisfy conflicting requirements for size and mass, shape accuracy and stability, and rigidity during or after thruster firing,” the summary adds. “Low mass is essential for observing many different target stars.”

STARSHADE TEAM BELIEVES ALL REQUIREMENTS CAN BE MET

With the new funding in hand and a clear set of project goals, the team behind the HOEE feels they are ready to meet the challenge.

“The HOEE would address the highest priority recommendation of the Exoplanet Strategy report: observe reflected light from Earth-like planets with low-resolution spectroscopy,” the summary states. “We believe all requirements can be met, given sufficient effort.”