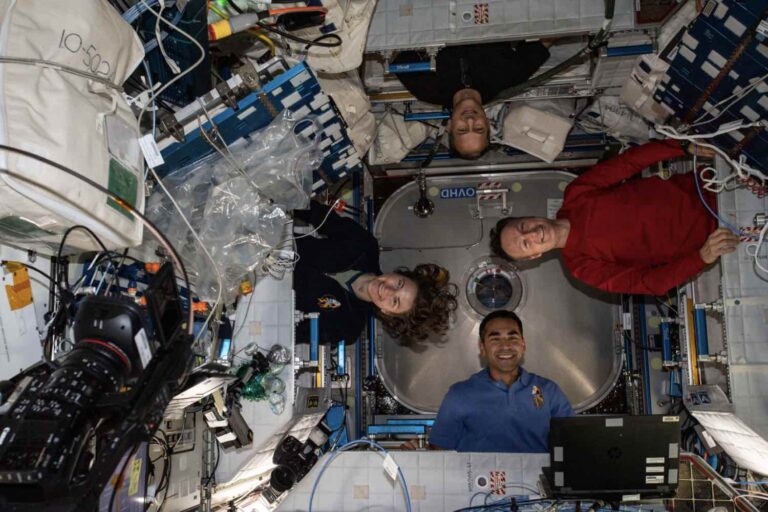 Microgravity science and a range of studies involving biology and botany are all on the menu in early 2022, as crewmembers of Expedition 66 aboard the International Space Station (ISS) prepare for a spacewalk in the days ahead.

The 66th long-duration operation conducted aboard the ISS, Expedition 66 began on October 17, 2021, and will conclude in March of this year. Its focus includes several scientific research projects that will provide information critical to future space missions that include both robotic and manned exploration of the Moon and Mars.

Among the tasks the orbital team has completed in recent days include photography by NASA astronaut Thomas Marshburn of the Plant-Habitat-05 study, an experiment involving cotton genetics, as well as the DNA sequencing of bacteria samples with help from the BioMole Facility being undertaken by NASA Flight Engineer Raja Chari, according to a recent update on Expedition 66 at NASA’s Space Station blog.

Other studies that are currently being undertaken by Expedition 66 crewmembers include NASA astronaut Kayla Barron’s implementation of the AstroBee, a robotic device equipped with a unique audio sensor that is being tested as a way to detect early signs of equipment failure aboard the ISS.

However, the Expedition 66 crew’s activities aboard the ISS in the early days of 2022 have involved more than just science experiments. NASA’s crew members were also joined by European Space Agency astronaut Matthias Maurer for a review of an entire range of possible emergency situations that could arise while aboard SpaceX’s Crew Dragon vehicle. Emergency training conducted by the team included computer simulations of events such as depressurization, fire onboard the spacecraft, and the unlikely event of an emergency undocking of the crew within the Crew Dragon spacecraft.

On January 19, a spacewalk is scheduled aboard the ISS, where astronauts will be equipping the Nauka multipurpose laboratory module. Nauka, named for the Russian word for “science,” docked with the ISS last July, and once outfitted by the Expedition 66 team, it will perform functions that include being the new science facility and spacewalk airlock, as well as future docking port aboard the ISS.

After a brief break from work aboard the ISS on Monday morning, NASA astronaut Mark Vande Hei began a review of several experimental devices designed to help regulate the temperatures in spacesuits that will be used for spacewalks like the one scheduled for January 19. Vande Hei will be departing the ISS in early 2022, along with cosmonaut Pyotr Dubrov, both of whom have now served close to a year aboard the space station.

How an Artificial Magnetic Field Could Make Mars Habitable

Further inspections of spacesuits and other gear that will be used in the spacewalk later this month were conducted by Dubrov and fellow cosmonaut Anton Shkaplerov, who currently leads the Expedition 66 operations. Shkaplerov, who arrived in November 2021, was preceded by ESA astronaut Thomas Pesquet.

Ultimately, the Expedition 66 team will seek to implement the results of its experiments to aid in the identification of materials with antimicrobial properties, which may be used for building spacecraft used in future operations, as well as lessening the risk of exposure to infectious disease for astronauts during space missions.

A complete outline of the Expedition 66 mission and its current scientific goals can be found online at NASA’s International Space Station resource page.