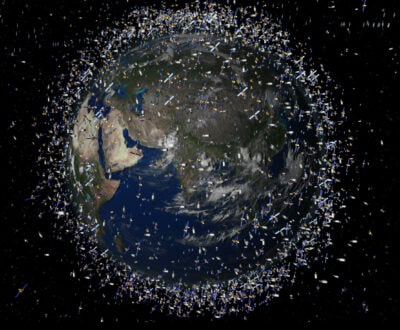 Satellite operators have found a new market to commercialize space and create payloads to launch mega-constellations composed of thousands of satellites around the planet. As this process becomes less expensive, Earth’s orbit is starting to get congested. It is time to start calling for preventative measures, but what will those look like in the wild west of outer space?

Background: How did Space Get So Full?

The concept of mega-constellations has been in development for many years now. Instead of one large satellite, groups of smaller satellites, some weighing as little as 1 gram, can simultaneously provide full coverage to the planet.

Mega-constellations often cater to military operations and private operators, providing such functions as climate monitoring, digital connectivity, and disaster management. There are approximately 3,000 active satellites around the Earth today, and those numbers are about to multiply exponentially as the European Commission is planning to launch thousands more. So how exactly will we stop low-earth orbit congestion and even prevent collisions from occurring?

As concerns for collisions grow, the United Nations, along with the European Space Agency (ESA) Space Debris Office, has set up a program called Clean Space, which will determine how to keep Earth’s orbital environment free of excessive debris. Within the research of Clean Space, two ESA-led teams of researchers conducted different studies. The first is the MEGACO study, which set out to understand the complexity of mega-constellations, decommissioned satellites and sort out how to ensure these objects don’t collide. The other study was led by Thales Alenia Space, and explores removing debris and failed satellites from orbit.

Clean Space is also developing a dedicated mission called e.Deorbit. The concept is to target dead satellites, capture them, and safely destroy them in a controlled atmospheric re-entry.

Outlook: Only Working Together Will Fix This

While the number of satellites and space debris circling the Earth may seem overwhelming, many serve vital purposes back here on the ground. Mega-constellations provide full communications coverage to the planet, and they benefit socio-economic and environmental monitoring that can save lives.

There is no doubt that while the United States and several European countries are taking on the responsibility of cleaning up our orbit, there has yet to be a global effort to restrict certain mega-constellations or assist in collecting our shared space garbage.

Stricter regulations will most likely need to be enacted, or the congestion and collisions will not only persist but get much worse as time goes on.