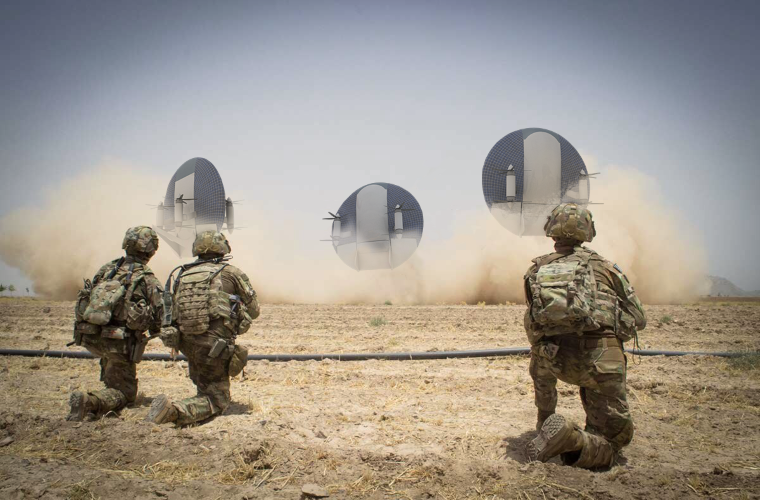 A flying saucer with room for one is currently being tested on tethers, and is only weeks away from its first free flight. The CEO of the company who designed and constructed the one-person VTOL aircraft also says that flights with actual human pilots are “within three to six months, maybe less.”

Flying cars were promised as early as the 1950s, but as of 2021, they are still regulated to the world of science fiction. Some are close, and others moving closer, although those are more drivable airplanes than flying cars especially when it comes to FAA regulations.

Due to the improvements in battery and flight technology, drone-type vertical takeoff and landing (VTOL) aircraft specifically designed to carry people are stepping into the gap. In fact, some of these “urban taxis” are closing in on bringing private air travel closer to fruition. Joby Aviation’s website boasts over 1,000 test flights across a ten-year span for their private VTOL aircraft, while also stating “we’re now engaged in a multi-year testing program with the FAA to certify our vehicle for commercial operations.”

ANALYSIS: A FLYING SAUCER ALL YOUR OWN

Few aircraft profiles are as familiar as the classic flying saucer. Regardless of the actual accuracy in shape or flight characteristics to the variety of UFOs or UAPs witnessed by civilians and military alike, the human-piloted flying saucer now has a real-life working prototype. ANd when flown correctly, one lies face down and zips through the sky like Superman.

Made by Zeva Aero, a company founded in 2017 to compete in Boeing’s GoFly competition, this one-person flying saucer is able to cruise at 160 miles per hour with just one person on board. At present, battery technology and basic design issues have restricted flights to only fifty miles distance. However, the company hopes to extend that range, and has an online investment campaign aimed at improving and certifying their vehicles for actual flight.

The company notes that the urban air taxi market is a crowded one, and may take significant financial backing to receive safety certification. However, CEO Steven Tibbits noted in a recent interview with New Atlas that this is the last marketplace they hope to sell their flying saucer, instead seeing first responder, military applications as well as those for less urbanized areas that are spread out as his first customers.

“We’re seeing extreme interest in rural areas, and especially in countries like Indonesia,” said Tibbits. “They’ve got 17,000 islands, many of them without much infrastructure at all, and they love the idea of being able to move people around like this.”

“[It] is an interesting product for things like first responder, search and rescue, hot extraction, [and] resupply,” Tibbits also noted.

OUTLOOK: THIS FLYING SAUCER CAN HANG ON A SKYSCRAPER WALL

In that same interview, Tibbits notes how the dawn of individual air travel using these types of technologies is right around the corner, and that in urban environments the space on top of buildings will become particularly hard to divvy up.

“We think that when the UAM space starts to play out, the rooftops are going to be at a premium,” said Tibbits. “The thousand-pound gorillas are going to go in and get all the good rooftop leases early on, and dominate those rooftops with their services.”

As a novel solution, his company’s designers have envisioned a clamp that allows the flying saucer to hang off the side of a building until its next use. Of course, like the method of travel which involves flying face down like Superman, this method of storing the unique vehicle caused Tibbits to invoke yet another superhero. “Who doesn’t want to Batman off the side of a building?”

So, in conclusion. Fly like Superman, park like Batman, and all inside a personal flying saucer. Yeah, we want one too.