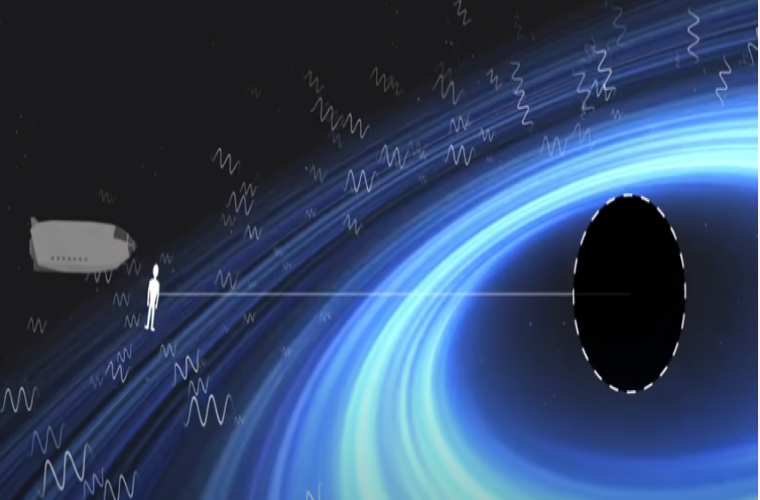 What happens when you enter a black hole? It is a question posed by scientists and science fiction writers alike, but not one that can be easily tested in the real world. In an attempt to answer that question in a visual way, Alessandro Roussel, a French theoretical physicist who studied at the University of Cambridge, put out a pair of videos on his science education channel ScienceClic.

A number of mathematicians and theoretical physicists have offered ideas as to what might happen if someone or something tried to enter a black hole. A recent story by The Debrief noted that they may even represent the front door to an interstellar wormhole that can traverse both space and time.

Such ideas are popular in science fiction, where the bone-crushing gravity of black holes is often navigable. However, most mainstream scientists believe that the forces of a real black hole would be too great to survive, and the intense effects of its insane gravity would likely make that death both beautiful and terrifying all at the same time.

ANALYSIS: A VIDEO IS WORTH A THOUSAND WORDS

To start the first video, Roussel zeroes in on the massive black hole at the center of the Milky Way galaxy. Named Sagittarius, this light sucking space hole sits idly by, waiting for the illustrator’s theoretical spacecraft to approach.

Here, Roussel has his theoretical space traveler exit the ship and begin their fall into the black hole, a fall he notes “will last about one hour,” and that “will be fatal to us.” From there, the video is broken into two main sections.

The first, titled, PHASE 1: BEFORE THE FALL, outlines the issues our intrepid space traveler would experience even before entering the black hole proper due to the sheer amount of mass the black hole contains. Radiation is also accounted for, which Roussel notes “blinds” our space traveler almost immediately, if not simply burning him or her alive.

57 minutes into this theoretical hour-long journey, and assuming proper protection against heat and radiation, the hypothetical space traveler has arrived at the threshold of the black hole’s edges, or the event horizon. This starts the second part of the video, PHASE 2: CROSSING THE HORIZON.

At this point, the video notes, “passengers who remained in the spaceship see our image fade and gradually slow down, until freezing on the horizon.” The reasons for this are extremely interesting, leading to the intrepid traveler next crossing the “photon barrier” and sidling oh so close to the actual event horizon. “After this moment it will be impossible for us to go back,” the video states.

What the astronaut actually sees and feels at this point is described in great detail, and merits watching closely. But the most incredible aspect is what happens once the traveler finally inches right up next to the center of the black hole itself. No spoilers, but the not-so-scientific term “Spaghettification,” is used, and not in a good way.

OUTLOOK: A BLACK HOLE IS NO FUN BUT THESE VIDEOS SURE ARE

As Rousell notes, what happens next is anyone’s guess. His video narration states that “modern physics cannot describe what happens this close to the center of a black hole,” before going into some theories, but even then no concrete answer is given. Still, the visuals are impressive, and the ideas presented give a good, simple to understand outline of what most scientists think would happen if someone actually tried to enter a black hole.

Just for fun, the same YouTube channel provided a quick video animation of the whole thing without any narration. It’s a great watch all on its own, and lasts just two minutes. So eat that popcorn fast. Or some spaghetti (you’ll get that joke after watching the video).