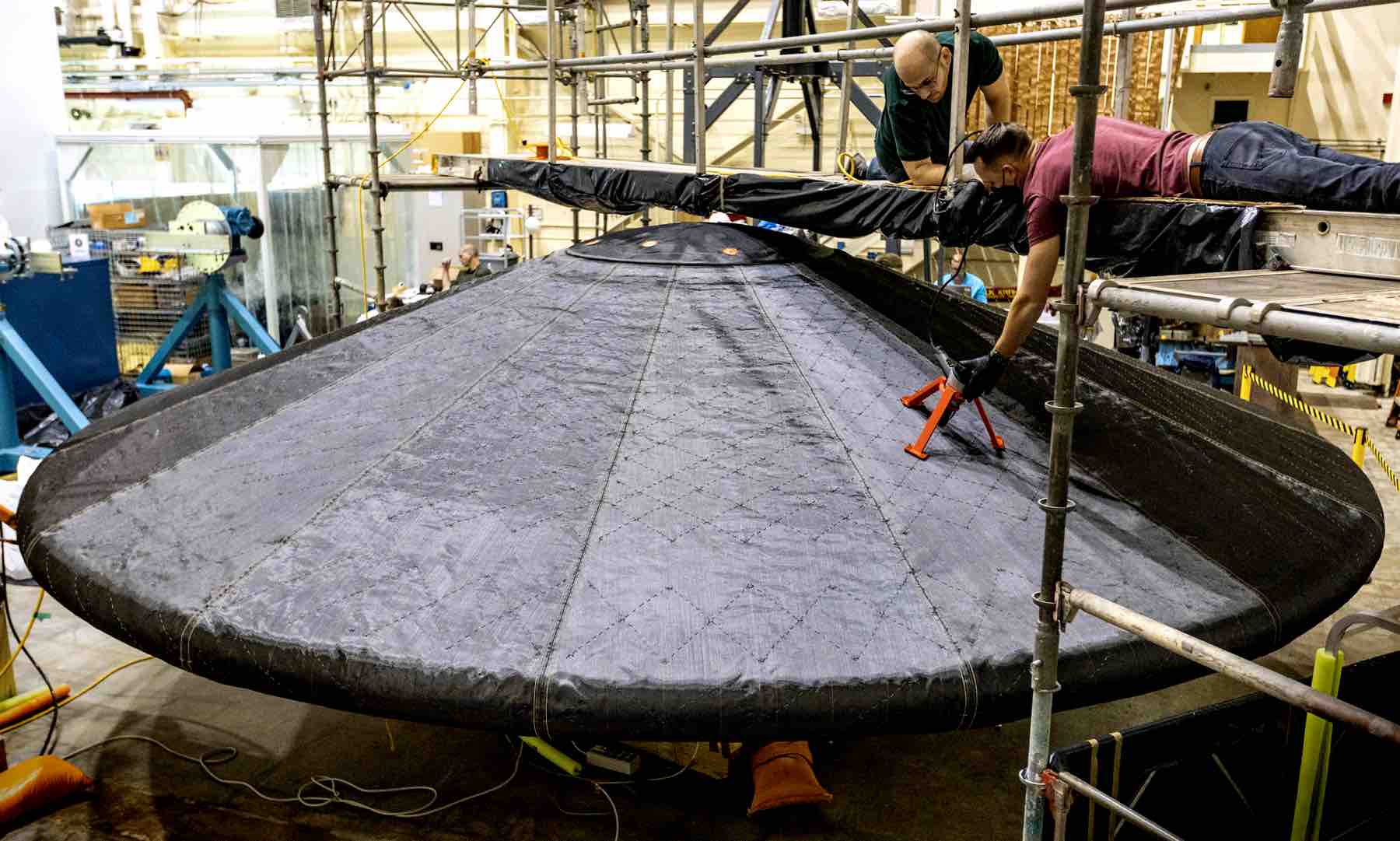 Flying Saucer? No, But This Inflatable Heat Shield Could Help Astronauts Land on Mars

NASA says that its new inflatable heat shield, which may one day assist in landing humans on Mars, will soon be launched with a National Oceanic and Atmospheric Administration (NOAA) satellite to help study Earth’s climate.

Currently undergoing tests at Vandenberg Space Force Base in California, the Low-Earth Orbit Flight Test of an Inflatable Decelerator (LOFTID) is an inflatable heat shield designed to withstand incredible temperatures approaching 2900°F, for use in slowing down large payloads.

Following tests at Vandenberg, the LOFTID is scheduled to be included as a secondary payload aboard NOAA’s Joint Polar Satellite System-2 (JPSS-2) satellite. The space agency hopes that current testing of the device will help gauge its capabilities for future missions, which may include the delivery of everything from future robotic explorers that will follow in the tread marks left by Perseverance to spacecraft carrying human crews.

“LOFTID is dedicated to the memory of Bernard Kutter, manager of advanced programs at ULA, who passed away in August 2020 and was an advocate for technologies like LOFTID that can lower the cost of space access,” the space agency said in a statement.

Over the last several weeks, the LOFTID underwent a complete systems test, along with several environmental tests, electromagnetic compatibility tests, and other checkups, along with match-mate testing between NASA and ULA components to help ensure that the systems can be successfully integrated prior to launch.

Following testing, the heat shield (also called an aeroshell) was fully inflated under conditions that replicated its orbital deployment environment, after which it underwent laser-assisted measurements before being repackaged for launch.

The LOFTID will be carried to space on board a United Launch Alliance (ULA) Atlas V rocket, after which its inflation mechanism will be deployed. Then, traveling at speeds nearing 5 miles per second, the inflatable heat shield will be tested on whether it can withstand the tremendous pressures of re-entry.

The LOFTID, a project of NASA’s Space Technology Mission Directorate, falls under its Technology Demonstration Missions program. In partnership with United Launch Alliance (ULA), the current LOFTID launch is being overseen out of Langley Research Center in Hampton, Virginia.