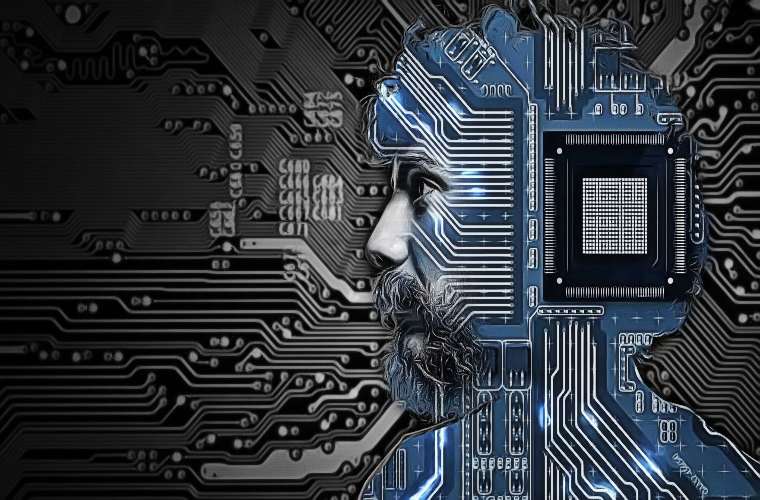 Elon Musk Wants to Put Electrodes in your Brain


Designed to Aid the Disabled, Neuralink May One Day Allow You to Live Forever

It is a relatively new field of research fraught with potential and peril and one that may see the world’s richest man finally meet his match. Of course, as Christof Koch, a neuroscientist at the Allen Institute for Brain Surgery, said in a recent Science News article, “you can’t argue with a guy who built his own electric car and sent it to orbit around Mars.”

If that’s not enough, a tweet Musk sent in February indicates that the device’s first human trials may be right around the corner. “Neuralink is working super hard to ensure implant safety & is in close communication with the FDA,” it read. “If things go well, we might be able to do human trials later this year.”

Background: What is a Brain Machine Interface?

Unlike an EEG, CAT scans MRIs, and other brain scanning technologies, BMIs are designed to insert wires directly into the brain, allowing a connected processor to receive the signals directly from the source. Such devices have been in development for years, with some of the first successes in 2012 and 2013. More recently, The Debrief covered the story of a quadriplegic man who used a BMI developed at Johns Hopkins to control a pair of robotics arms, even slicing his own food and feeding himself.

This field of emerging technology, along with the hypothetical “neural mesh” Scottish sci-fi writer Ian M. Banks outlined in his “Culture” series of novels that inspired Musk to venture into this BMI arena, forming Neuralink as a company in 2016. Since then, the start-up has received over $158 million in funding (albeit with $100 million coming from Musk himself), and by 2017, they had 90 full-time employees and a facility in the San Francisco area.

In 2020, Musk and his team held the first public demonstration of devices implanted into the brains of hogs. That demo was primarily a proof of concept. Still, as a 2021 Neuralink update video notes, “the pig demo was [also] important in proving that the Neuralink can be safely implanted and removed without killing or crippling the animal.”

As Musk himself says in the video, “in a lot of ways, it’s kind of like a Fitbit in your skull with tiny wires.”

Of course, several technological steps exist between a pig safety test and an aftermarket device like a Fitbit, but they are steps Musk and his Neuralink team are already taking.

Analysis: How do these devices work?

Once that theoretical process was finalized, the site explains, they then used cutting edge robot designs, imaging systems, and software to “to build a robot that can precisely and efficiently insert many threads through a single 8 mm skull opening while avoiding blood vessels on the surface of the brain.” After those wires are inserted, the Neuralink device taps into the brain’s electrical signals at their source, theoretically decoding not only sensory inputs (like with the pigs, whose “smell brain waves” were displayed for event attendees) but also emotions and even intent.

“Recording from many neurons allows us to decode the information represented by those cells,” the company’s site explains. “In the movement-related areas of the brain, for example, neurons represent intended movements. There are neurons in the brain that carry information about everything we see, feel, touch, or think.”

The data being gathered by these devices is limited, but since the 2019 pig demo, their animal experiments have graduated to other animals. Specifically, in January 2021, Musk told the newest Clubhouse hangout, The Good Time Show, that he now has a Neuralink-implanted monkey that can “play video games with its mind, no controller needed. The monkey plays pong with brainwaves alone.”

Although Musk has often stated that the initial goal of Neuralink is to aid those with brain injuries like the Johns Hopkins patient, this latest success by an implanted monkey over a classic video game seemingly betrays at least a hint of his larger goals; the ability to use the human mind to control our phones, computers, and other connected devices.

“Anyone with a Neuralink will be able to interface with a smartphone just by thinking,” Musk said on The Good Time Show, “completely eliminating the keyboard, mouse, and touchscreen from the equation.”

Using one’s mind to connect to a cell phone or other device may still be a long way away, but new advancements that may come after that landmark step are already being considered by the Neuralink team. This includes concepts in previous studies where BMIs were used to interface with another mind directly, enhance cognitive abilities, implant images directly into someone else’s brain (Inception, anyone?), or even address one of the tech mogul’s notoriously biggest concerns, our ability to live with AI.

“On a species level, it’s important to figure out how we coexist with advanced AI, achieving some AI symbiosis,” he says in the 2020 video, “such that the future of the world is controlled by the combined will of the people of the earth. That might be the most important thing that a device like this achieves.”

And if that goal isn’t aggressive enough, Musk also believes that a Neuralink style implant may one day help us conquer humanity’s last great barrier; death. “Neuralink could hold, as a saved state, a person’s mind after they have died,” he said in the Clubhouse interview. “A backup drive for your non-physical being, your digital soul.”

There are, of course, numerous steps between a monkey playing a 1970’s video game and an actual immortality machine like those portrayed in Black Mirror or the Amazon series Upload. Still, if accomplishing such incredible feats as sending an electric car to Mars or encircling the planet in Wi-Fi satellites is any indication, Musk’s latest venture may be the first step toward true transhumanist immortality. Until then, there’s always those flamethrowers.