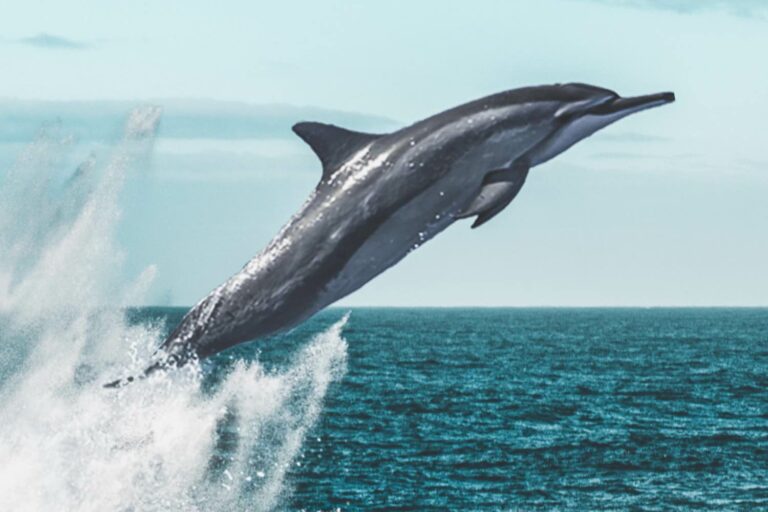 Forget Extraterrestrials: What if UFOs Were Piloted by Dolphins?

Earlier this year I was taking part in a panel discussion involving UFOs when the inevitable subject arose of where they are coming from and who, if anyone, is piloting them. Because I’d already been engaging in something of a thought experiment on the subject, I decided to test it out on the other panelists and it’s since taken on a life of its own, at least in my social media timeline.

“Some people believe it’s the Russians or the Chinese,” I said. “It’s not. Others think it’s aliens. It’s not aliens. It’s dolphins,” I continued. “If we ever catch one of those tic tacs and cut it open, it’s going to be full of salt water and there will be a dolphin inside wearing some sort of telekinetic helmet.”

Certainly I was partly tossing the idea out there for humorous value, but not entirely. Crazy? Perhaps. But bear with me for a moment and I just might change your mind. 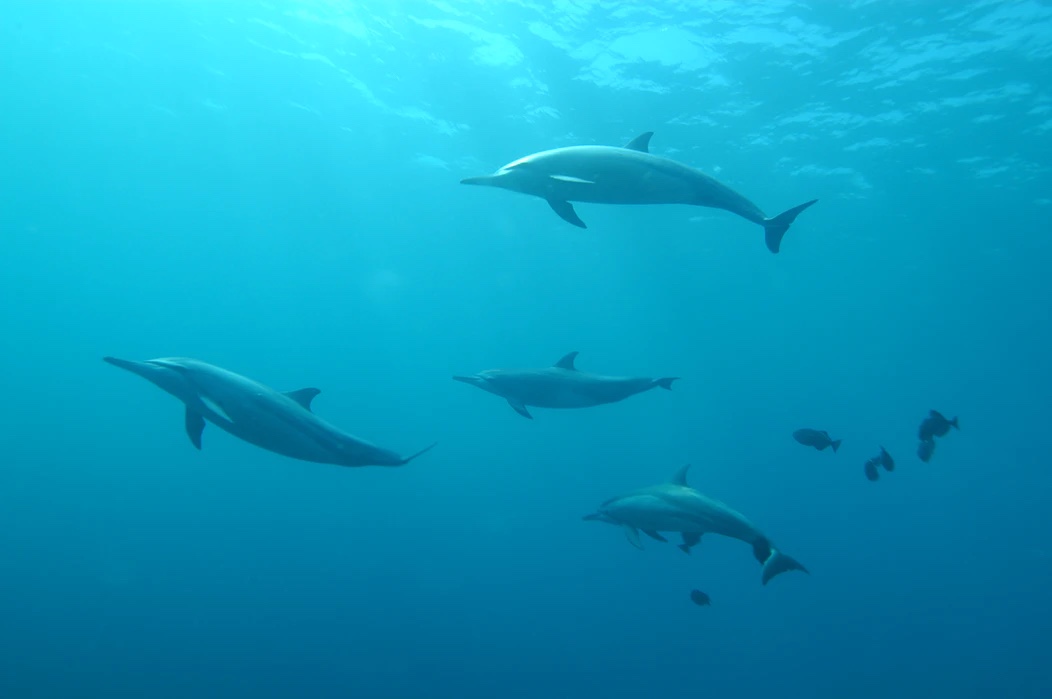 HOW WOULD AN UNDERWATER MAMMAL CONSTRUCT A STARSHIP?

Well, that question jumps too far ahead in the discussion without establishing the required groundwork. Let’s start with something more basic. Would dolphins even be capable of grasping such advanced concepts?

We know from the fossil record that dolphins (known as Pakicetus) walked on the land roughly 50 million years ago before returning to the ocean to re-evolve toward the shape we see today. Even then they had a massive brain case. Dolphins today have the largest brains of any animal when measured as a percentage of their total body mass.

Humans, by contrast, didn’t even begin walking upright until roughly five million years ago, and our skulls were less than half the size they are now.  Evolutionary biologists agree that animals tend to only evolve brains large enough to allow them to survive. What have the dolphins been doing with those huge brains over the course of the 45 million year head start they had on us?

COME ON, MAN. IF DOLPHINS HAD TECHNOLOGY WE’D KNOW IT

Would we? We generally only see dolphins diving down a couple of hundred feet, but with the right technological edge, who knows how deep they could go? And perhaps the dolphins we see are a branch of the family that truly remained wild (the cetacean equivalent of the chimpanzee or monkey?), while their smarter cousins advanced their technology and went deeper.

The oceans are very deep and largely unexplored. We literally have better maps of the complete surface of the moon and Mars than we do of the deepest parts of the oceans. And with tens of millions of years to work on the project, you might get pretty good at concealment and covering your tracks.

At this point you might be wondering why these genius dolphins with amazing skills don’t talk to us. Look at what we’re doing to the oceans. For that matter, look at what we do to the dolphins. How many of them wind up in tuna cans? I don’t find it all that surprising that they might have no interest in chatting with us or helping us out.

Also, dolphins have a complex language. But after more than a century of trying, we still haven’t managed to exchange a single question and answer with them. Who are the real dummies here?

EVEN IF IT’S POSSIBLE, THAT’S STILL A PRETTY BIG LEAP TO MAKE

Perhaps so. But let’s consider the alternative explanation being presented. Extraterrestrials from Zeta Reticuli? One of the first arguments raised by skeptics of the extraterrestrial hypothesis is that the gulf of interstellar space is too vast to navigate. No problem for the dolphins. They were already here.

Every year we lose hundreds if not thousands of swimmers and sailors who simply disappear. Sure, most of them probably just drowned or were eaten by sharks. But if the dolphins had some sort of human abduction and experimentation program going on, that’s the perfect cover story.

BUT WHY? WHY WOULD THE DOLPHINS WANT TO GO TO SPACE?

I don’t know, Einstein. Why do you want to go to space? It’s not as if they aren’t aware that there is something above the top of the water. Remember, they used to live on the land. They once looked up at the stars also. Surely a species with that much brain power had to wonder what was out there in the darkness. And they would realize that they would have to develop technology to find out.


The Debrief dives into the finest drinking establishments this side of Luna to meet your geeky party needs.

Without the benefit of hands and opposable thumbs, the dolphins would need to figure out some other way to manipulate materials to build things. We regularly hear stories from experiencers who claim that extraterrestrials are able to move objects (and abductees) through walls using some form of telekinesis. If you can do that, you could build things as well. Of course you’d probably need a huge brain and tens of millions of years of evolution to master something like that. Oh, wait…

Huge brains. A 45 million year head start. A vast, deep ocean to conceal themselves in. Are you still certain that it’s the grays or the reptilians cruising around near our nuclear facilities?

SO YOU SERIOUSLY THINK THIS COULD BE TRUE?

Not really. But that was the entire object of the thought experiment in the first place. Talking about UFOs and who or what might be piloting them (if they are piloted at all) is fascinating for so many of us. I love the subject. But until someone produces a body or some other incontrovertible evidence, every theory anyone puts forward comes with a significant number of assumptions and unknowns.

When it comes to the extraterrestrial hypothesis, that statement remains 100% accurate. (With apologies to all of your experiencers out there. I don’t have the benefit of such first-hand knowledge.) And for every point being made about alien intelligences and how they could be responsible, you can make an equally compelling argument that the dolphins are responsible. In some cases you can make an even more compelling argument.

I didn’t take you on this journey to wave away the idea of the extraterrestrial hypothesis. Far from it. In fact, if and when we eventually learn the answer, I tend to think it’s one of the most likely ones. But we might be in for a big surprise, too. With that in mind, next time you go to the beach or out for a cruise on the ocean, keep your eyes open. I’m just saying…