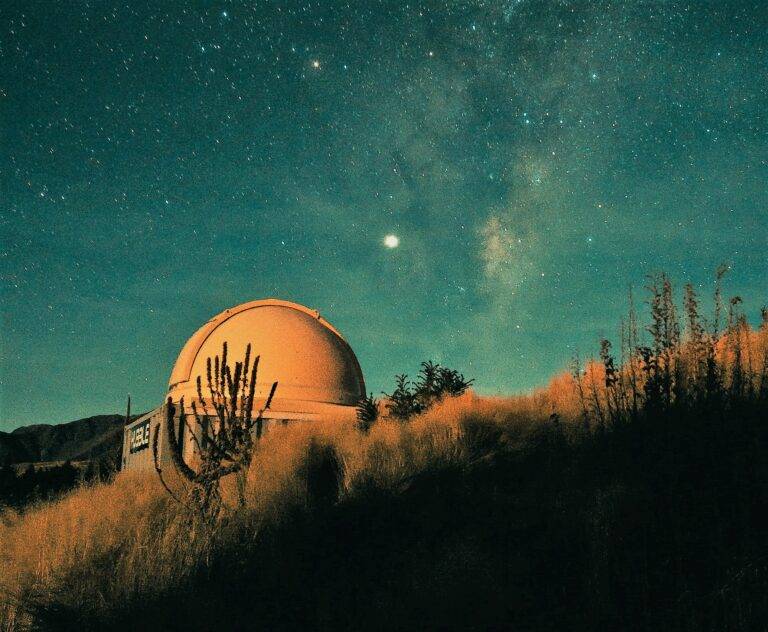 Meet The Scientists Hunting for Alien Technology Through ‘Technosignatures’

A small group of academics gathers on Zoom to discuss their latest research. Their quest: to find intelligent extraterrestrial life. The scientists who search for technosignatures are coming up in the astronomy world and they want you to know it.

“Technosignatures refer to any evidence of technology that could be remotely detectable, specifically through the tools of astronomy,” explained Jacob Haqq-Misra, an astrobiologist and senior research investigator at Blue Marble Space Institute of Science, in an email interview with The Debrief. “Radio signals are one example of a technosignature but not the only one. Other examples are city lights, surface modifications (cities and large-scale deployment of solar panels), changes in the atmosphere (greenhouse gases like CO2 as well as industrial byproducts like CFCs and NO2), free-floating spacecraft, megastructures (i.e, Dyson spheres/swarms), and other possibilities.”

Hunting for otherworldly technology is no longer science fiction. In 2018, NASA hosted a workshop on the subject of technosignatures, and a report was developed concluding that the study of possible alien technology was an important step for future NASA missions. Today, astronomers, astrobiologists, and other scientists gather online to talk about their work and progress on the subject. The idea of systematically searching for signs of industrial or space-faring civilizations was once laughed out of the room, but now the topic is gaining rock-star cachet and serious popularity within the field of astrobiology.

Dr. Haqq-Misra searches the cosmos for signs that humans are not alone in the universe by looking at possible signs of technological development in outer space. In 2012, he and NASA scientist Ravi Kopparapu published a paper about the challenges detecting non-human artifacts in our solar system. Today, the two are running an online seminar series on technosignatures—and it’s open to the public.

“We organize these conferences because, at least for the technosignature field, we would like to get like-minded people to come together and share ideas about what kind of technosignatures could be out there, and how to search for them,” Dr. Kopparapu told The Debrief. These astrobiologists want you to think about other civilizations because attempting to understand them may allow us to better understand ourselves—and vice versa.

Hosted by the Sellers Exoplanet Environments Collaboration (SEEC) at NASA’s Goddard Space Flight Center, the technosignature seminars are free public events where some of the brightest minds in astrobiology share insights and explore some pretty compelling ideas. Though the subject is making a mad dash from the fringes towards mainstream scientific thinking, Kopparapu and Haqq-Misra do admit that some academics still view the search for extraterrestrial intelligence and technology as taboo.

“The idea of thinking about and looking for technosignatures is generally considered mainstream and not ‘fringe,’ thanks in large part to efforts by the SETI Institute over the past several decades, as well as recent interest in SETI by entrepreneurs through the Breakthrough Listen initiative,” Dr. Haqq-Misra explained. “But among astronomers and other scientists, there is still sometimes a ‘giggle factor’ when talking about technosignatures.”

Traditionally-minded astronomers will occasionally “laugh or smirk” when discussing the topic, however both Haqq-Misra and Kopparapu notice that this is changing.

“These reactions are slowly fading as scientists realize that the idea of searching for technosignatures in a systematic way is a logical continuation of the attempt to search for biosignatures,” said Haqq-Misra.

In August, the two scientists co-organized the TechnoClimes 2020 conference alongside a handful of other astrobiologists. Sponsored by NASA, the five-day virtual event gathered experts from all over the world to hash out their ideas on detecting signs of alien technology in the universe.

“I do think the subject is becoming more popular and gaining acceptance,” explained Dawn Gelino, Deputy Director of NASA’s Exoplanet Science Institute and one of the organizers of the TechnoClimes conference, in an email to The Debrief. “I think the scientists looking for technosignatures are organizing and working together a bit better, and being more rigorous in their searches and in publications.”

The scientists aren’t deluded—they know we may have no understanding of possible extraterrestrial technology for which to look. They know there is life on Earth, and they know how technology works here. Once you leave the particular biological and evolutionary path that led to humans on Earth in our 21st century, however, all bets are off. It’s a shot in the infinite dark void of outer space.

“The truth is that we really don’t know what we will find, or when we will find it. In the next decade, I am looking forward to the launch of the James Webb Space Telescope (finally) and the selection of the next generation of space telescopes that will be capable of characterizing the atmospheres of exoplanets,” relayed Dr. Haqq-Misra. “The next decade will inevitably continue to reveal increasing numbers of exoplanets that are smaller, more like Earth, and within the habitable zone. These future discoveries may represent the best places to look for signs of life, and technology.”

As they gather over Zoom or at online conferences, technosignature researchers know their entire field rests in the hands of those who hold the purse strings. As the SETI Institute well knows, hunting for signs of extraterrestrial technology is not cheap and is not typically funded by the government. Private benefactors and donations from the public keep the lights on and the telescopes humming there. But NASA is paying much more attention now, as are funders.

“NASA and other funding agencies are also now actively funding technosignature projects alongside other astrobiology, planetary science, and astrophysics projects,” Dr. Gelino explained. “This will go a long way to giving credibility to the field.”

Public interest and support also plays a huge role here. When the general public finds something interesting and compelling, that creates a pressure for the government to act—and to appropriate funds. And what could be more compelling than intelligent aliens?

“Understanding the future of a technological planet is important for understanding our own future as a technological civilization,” Haqq-Misra explained. “Discovering evidence of extraterrestrial technology would help us understand the uniqueness of our own planet, the risks involved in managing our future trajectory, and the possibility of us becoming a long-lived civilization that can sustainably manage our technology.”

The search for technosignatures is ultimately a quest to help humanity understand itself. Whether the galaxy was once teeming with alien civilizations that met their end through technological self-annihilation, as physicist Enrico Fermi once hypothesized, or cultures are actively watching us and assessing our progress until we develop warp drive, as in TV’s Star Trek, our search to find them seems to be intimately tied to the desire to find ourselves. Looking outward is bonding this small band of astrobiologists and technosignature hunters as well; by seeking out other civilizations in the cosmos, they are coming together in small pockets online to discuss what it truly means to be human. And they welcome anyone to come and join them on this renegade adventure.

“I don’t think those who study technosignatures are rebel thinkers. I think they are curious and have the drive to devise effective ways to search for signs of technology out there,” NASA’s Gelino explained. “In the same way that scientists searched for exoplanets before there was sufficient proof of them, I think scientists searching for technosignatures are brave. They are sometimes staking their established scientific careers and reputations on looking for something they believe is there.”

For Drs. Haqq-Misra and Kopparapu, the conferences they host are designed to bring people together to share ideas, some of which may be “out-of-the-box,” but they allow for the public to have access to those ideas, and that is the exciting bit. Everyone gets to share in what Kopparapu calls “a budding field that has just started exploring what is out there,” and they get to do it “without any judgment from anyone.”

Moving into 2021 and beyond, and as humanity seems to have a renewed interest in space exploration—most prominently,  missions to Mars by SpaceX and NASA—Dr. Gelino hopes that the study of technosignatures continues to gain respect and purchase in the scientific and academic communities. She believes more people need to get together to talk about these ideas and to train in this field, to build up a stronger network of individuals with a “desire and willingness to work together.” As conferences on the subject gain momentum, and as the search for extraterrestrial life continues, this ragtag band of scientists may help create a new world that looks up at the stars not only with wonder, but also with significantly more understanding.

“I would love to one day have proof to validate my belief that Earth is not the only planet in the Universe that holds intelligent life,” Gelino concluded. “My dream is to have an unambiguous answer to humanity’s age-old question: ‘Are we alone?’”