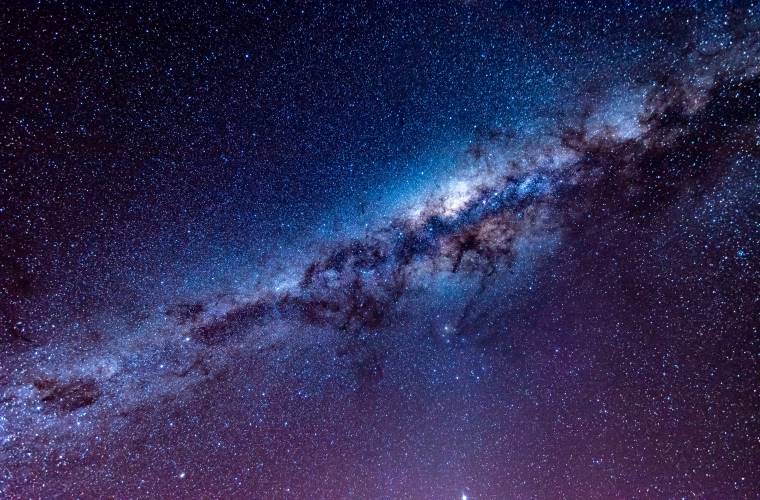 New research published in The Astrophysical Journal indicates that galaxies consume enormous gas clouds to form stars and then release polluted gases filled with various elements back out into their environment after those stars die.

A team of astronomers from the ARC Centre of Excellence for All Sky Astrophysics in 3 Dimensions (ASTRO 3D) used a brand new imaging system at Hawaii’s WM Keck Observatory to confirm that galaxies can rip one.

“Enormous clouds of gas are pulled into galaxies and used in the process of making stars,” Professor Deanne Fisher, the study’s co-author, stated in a press release.

Those gassy clouds are made up predominantly of nice clean hydrogen and helium. After kicking around the galaxy’s gut and being turned into stars, those stars eventually go supernova.

What comes out is gas that is “no longer nice and clean,” according to Fisher. “It contains lots of elements, including oxygen, carbon, and iron.”

The team used a new imaging system, the Keck Cosmic Web Imager, to confirm that stars made from fresh gas would eventually blow off a vast amount of contaminated gas back into their galaxy.

Galaxies undergo a process called “accretion” in their development, which is a rush of atoms that get yanked into a galaxy. In simple terms, the galaxy’s gravitational pull consumes anything it can. Since hydrogen and helium are the two most common elements in the universe, they make up the vast majority of gasses inside a galaxy.

That galaxy begins to use those elements to form stars. With tummies full of stars that eventually get old and blow up, all that gas has to go.

As the old saying goes, “better out than in.”

Known as “outflows,” all those supernovas push the gas and other material out of the galaxy.

“We found there is a very clear structure to how the gases enter and exit,” explained Dr. Alex Cameron, one of the study’s co-authors. “Imagine the galaxy is a spinning frisbee. The gas enters relatively unpolluted from the cosmos outside, around the perimeter, and then condenses to form new stars. When those stars later explode, they push out other gas – now containing these other elements – through the top and bottom.”

Galaxies lie about the universe all willy-nilly, and it is difficult to monitor their “outflow.” Mrk 1486 was chosen because it lies “edge-on” to Earth, making it much easier to see and measure what comes out of its ends.

OUTLOOK: Humanity Was Formed By A Fart on the Cosmic Wind

Before this study, astronomers were unsure of what the inward and outward flow of gasses were during accretion and outflow. Now, they have a full measure of these processes for a galaxy outside of The Milky Way, and they have a good grasp on the various elements involved.

“This work is important for astronomers because for the first time we’ve been able to put limits on the forces that strongly influence how galaxies make stars,” Fisher stated. “It takes us one step closer to understanding how and why galaxies look the way they do – and how long they will last.”

Inside the core of burning stars, the vast majority of elements in the cosmos form. When those stars collapse or explode, all of that material gets blasted out into the universe. Many of those elements are the critical building blocks of life.

Beautifully and disgustingly, life exists on Earth because some galaxy, a long time ago, really let one rip.