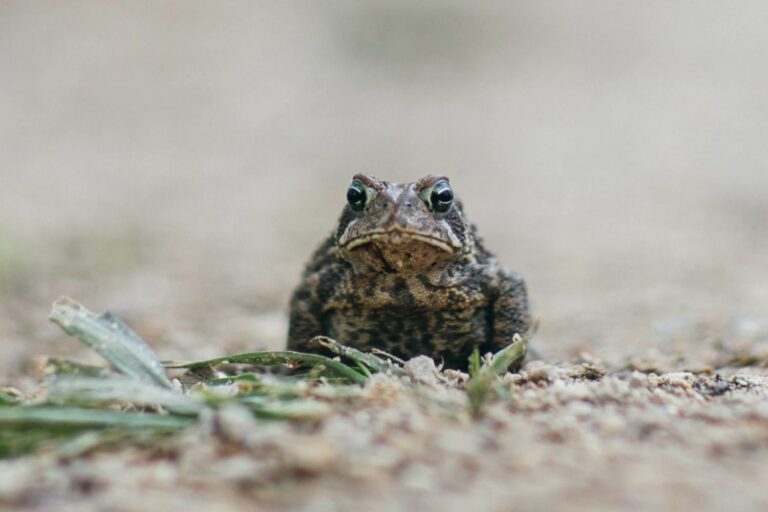 Cannibalistic cane toads aren’t just an entry on your 2020/2021 bingo cards. They’re very real and they are causing problems in Australia. The cane toads are an invasive species with no natural predators on the continent. They have highly toxic skin and are voracious eaters that have spread across much of the country in less than 100 years. They can grow to nearly ten inches long and they devour nearly any living thing they can fit in their mouths. ranging from human household trash to small rodents and birds.

One thing that young cane toad tadpoles eat in massive amounts is their younger siblings. A typical nest will contain more than 10,000 eggs, but a relative handful of the earliest and largest toads to hatch will end up devouring up to 99% of the hatchlings that emerge. As one biologist recently observed, cane toads are “their own worst enemy.”

But cane toads weren’t always cannibals, or at least not to anywhere near the degree being observed today. The species originated in South America. And while there are some incidents of cannibalism observed among tadpoles, it’s nowhere near as common as is being seen in Australia. A recent paper published at the Proceedings of the National Academy of Sciences explores the startlingly rapid evolution in the behavior of these animals.

AUSTRALIA HAS SEEN MORE THAN ITS SHARE OF INVASIVE SPECIES

Sadly, this is far from the first such “invasion” to reach Australia’s shores. Human beings have unleashed wave after wave of new animal species on the continent, either intentionally or unwittingly, and some of them have caused all manner of destruction and disruption to the natural order of plants and animals. These include European rabbits, formerly domestic cats, feral pigs, and even camels.

The cane toads did not arrive in Australia accidentally. Farmers shipped them in and released them in 1935 in an effort to wipe out the native cane beetles that were eating their crops. The effort failed miserably as the beetles proved highly resilient.

But there were no predators in Australia that had evolved to eat the toxic toads so they began breeding prodigiously. It’s believed that there are now more than 300 million of them living in multiple states across the country.

EXPERIMENTS IN MIGRATION THAT SEEM DOOMED TO FAIL

The Debrief reached out to Dr. Jayna L. DeVore, an invasive-species biologist at Tetiaroa Society in French Polynesia and a co-author of the study linked above, to find out how these experiments in mankind’s migration of species to unnatural environments always seem to go so wrong. Are they ever successful? Dr. DeVore acknowledged that people haven’t always thought through the consequences of importing new species, frequently producing undesirable results. But surprisingly, there have been some success stories.

The secret is importing the right animal.

“There are now many examples of introductions that have been highly successful at doing just what was intended,” she said. “One of the most famous examples is actually from Australia; invasive prickly pears from South America used to cover tens of millions of acres in NSW and QLD. They were so dense that people could no longer farm and invaded land was being abandoned. In the 1920s, after extensive testing to ensure that it would not eat anything other than prickly pears, a moth that is a highly specialized consumer of this group was introduced (Cactoblastis cactorum). This moth cleared the majority of the infestation within 6 years. Whereas people had previously been unsuccessfully trying to control the prickly pear largely with time-consuming arsenic treatments, the moth took care of the problem without the need for all of these toxins. However, such stories only work when a highly specialized predator or parasite can be found; whereas introducing a species that only eats prickly pears could be a good idea, introducing a species that eats practically anything is always a bad idea.”

She also pointed out that some invasive species actually adapt well without being destructive and become accepted or even appreciated by people. Imported fruit trees of various sorts thrive in Australia and no one complains. For that matter, she pointed out to us that residents of the United States frequently invoke the phrase “as American as apple pie.” But apples were imported from Asia originally.

But as Dr. DeVore noted, a lack of foresight and the importation of animals that will consume almost anything can produce chaotic and often destructive results. The Asian carp were brought to the United States in the 1970s to clean agricultural ponds. They escaped and in less than four decades they have spread across the country and now threaten the Great Lakes, eliminating many native species of fish as they go. We’ve seen similar problems with Burmese pythons in Florida and wild boar across most of North America.

HOW DID CANNIBALISM EVOLVE SO QUICKLY?

The cane toads developed this aggressive level of cannibalism in 85 years, which may sound like a long time in terms of the lifespan of humans, but it’s not even a blink of the eye in evolutionary terms. How is it that these new behavior patterns took hold so rapidly? The answer is that life can be surprisingly adaptable and the toads have simply been responding to the conditions they were confronted with in Australia.

The other confusing aspect of this story is that it deals with cannibalism. Logic would suggest that species with a tendency to kill themselves off rather than obeying the ancient drive to propagate the species should not last long. So how are the toads managing this and is this a sustainable survival mechanism? The Debrief asked Dr. DeVore about this and learned that this isn’t a disqualifying trait that is likely to drive the cane toads to extinction.

“The thing about cannibalism,” she said, “is that, in some cases, the cannibal can really benefit. In the case of cannibalistic tadpoles in Australia, when they rush over and cannibalize any eggs that they smell hatching in their pond, they not only get a meal, they also make sure that there aren’t going to be any younger tadpoles around competing with them for resources. This means that even in dense, invasive populations where there are lots of toads, these older tadpoles don’t end up in a situation where there are so many younger tadpoles in their pond that they can’t get enough to eat.”

Reminding us that the goal of reproduction is an individual goal, Dr. DeVore predicts that these cannibalistic toads won’t be going away any time soon.

“I therefore definitely don’t expect toads to go extinct any time soon,” she said. “For example, even if cane toad populations plummeted, that means there wouldn’t be as many cannibals around, and the populations could recover. However, cannibalism can help to regulate population growth. By reducing the number of toads that successfully reach metamorphosis in a given pond, cannibals may help to reduce the number of young toads entering the environment. In this way, cane toads might help to stabilize their own populations, which could (hopefully) help to reduce their densities in invaded areas over the long-term.”

WHAT DO WE LEARN FROM THE LESSON OF CANNIBALISTIC CANE TOADS?

Just to add a bit of a dystopian angle to an interview that already involved cannibalism, we pointed out that the human population on planet Earth is already well beyond the number that we could feed if all of our technology – particularly in agriculture – suddenly disappeared overnight. Does Dr. DeVore see humans following the path of the cane toads should we face a similar population and food supply crisis?

“This sounds like a far more philosophical question than I’m prepared to answer! I’m certainly not going to say that humans are right on the brink of cannibalizing each other. All I can say is that any species, when it reaches the point where it becomes superabundant, is going to face challenges when it comes to obtaining enough resources. Humans have developed novel strategies when it comes to making sure that they get enough to eat, and cane toads have done the same.”

So in the opinion of a scientist who specializes in invasive species, humanity is not yet on the verge of The Walking Dead becoming a documentary. That’s certainly a relief. But the rapid evolution of the cane toad after being introduced to a new environment, potentially including changes to its DNA, may have scientists taking a fresh look at what’s long been held as doctrine in the field of evolutionary studies.