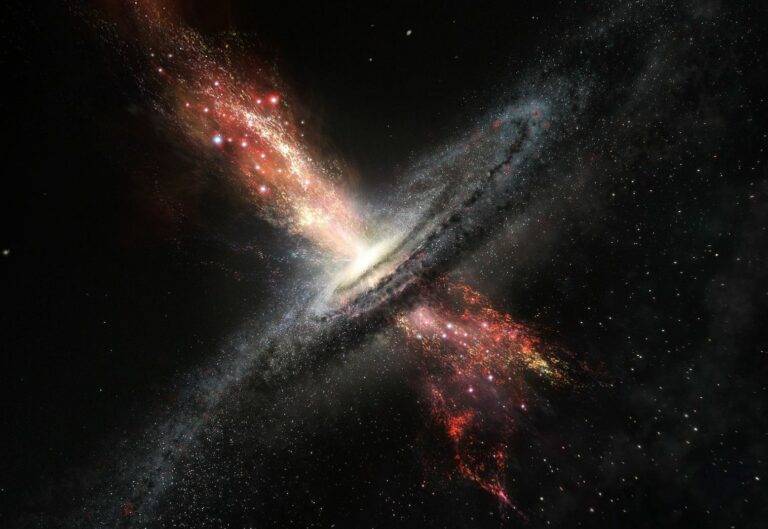 
New research suggests that gravitational waves may help unravel questions about the current rate of expansion of our universe.

New research involving gravitational waves may offer clues about one of the most perplexing mysteries about our universe, which involves why it is expanding more quickly than our current understanding of physics can account for.

The fact that our universe is expanding has been recognized since 1925, when Edwin Hubble was able to demonstrate that faraway galaxies are moving away from Earth at speeds proportional to their distance from it. Known today as Hubble’s Law (also the Hubble–Lemaître law), this constant expansion of galaxies rushing away from one another in every direction defines the dominant motion in our universe, although there are still lingering questions about what it might mean in the long term.

Scientists have long grappled with this problem, and a variety of opinions exist about its eventual outcome.  While some argue that our universe will eventually reach a point where the abundance of matter in it causes it to collapse on itself, others have argued that the expansion Hubble first brought to our attention might simply continue on forever.

However, the situation became even more complicated in 1998, when astronomers became aware of a few additional startling facts about our universe and its ongoing expansion. For one, there doesn’t appear to be enough matter in the universe to actually be capable of stopping its current expansion phase. Even more perplexing had been the fact that the actual rate of expansion appears to be steadily increasing; in other words, rather than gradually slowing down over the course of billions of years since the time of the Big Bang, the rate at which the universe is expanding only appears to be picking up speed.

ANALYSIS: What Are Gravitational Waves?

Since the time of these discoveries, a number of theories have emerged which might account for our universe and its unusual behavior. Among these are dark matter and dark energy, substances which are believed to make up around 96% of the universe and which, despite being invisible, are presently required in order to be able to account for the current behavior of the cosmos. Others suggest that gravity itself could be the culprit, and that perhaps what we observe our universe doing is evidence that Einstein’s theories were imperfect, if not altogether incomplete. In any case, one thing that remains clear is that there are significant gaps in our understanding of the universe, and the precise role that things like gravity play in it.

Now, a new paper published in Physical Review D suggests that clues to what might account for the current rate of expansion in our universe might turn up in gravitational waves, and how they behave once they pass through large celestial bodies like galaxies or supermassive black holes.

Coauthors Jose María Ezquiaga, a NASA Einstein Fellow currently with the Kavli Institute for Cosmological Physics at the University of Chicago, and Miguel Zumalacárregui with the Max Planck Institute for Gravitational Physics and the Berkeley Center for Cosmological Physics at Lawrence Berkeley National Laboratory, put forth the idea that if differences exist in the behavior of gravity from the ways that Einstein predicted, these should be evident in gravitational waves observed during future runs by the Laser Interferometer Gravitational-Wave Observatory (LIGO).

Every six days, new gravitational wave readings became apparent during the most recent observations with LIGO, Ezquiaga told PhysOrg. However, it is currently suspected that they occur far more frequently, perhaps as much as every five minutes or so. Future runs with LIGO are likely to allow astronomers to record hundreds of gravitational wave events each year.

Hidden within the data that accompanies these hundreds of gravitational wave events, scientists will likely find evidence of their passage through large celestial objects. When this occurs, gravitational waves produce what are likened to “echoes,” which according to the study’s authors are produced “when the accumulated delay is larger than the signal’s duration.”

Conversely, they also note that shorter time delays “produce a scrambling of the waveform” which, in addition to the formation of what the authors liken to “shadows” in such observations, may be very useful in helping to discern what is missing from the current gravitational equation.

Ezquiaga and Zumalacárregui also say that future tests will be helped by the observation of merging between strongly lensed gravitational waves and binary black holes near dense environments, which might include things like active galactic nuclei.

The study, published by The American Physical Society in the journal Physical Review D, can be read online here.