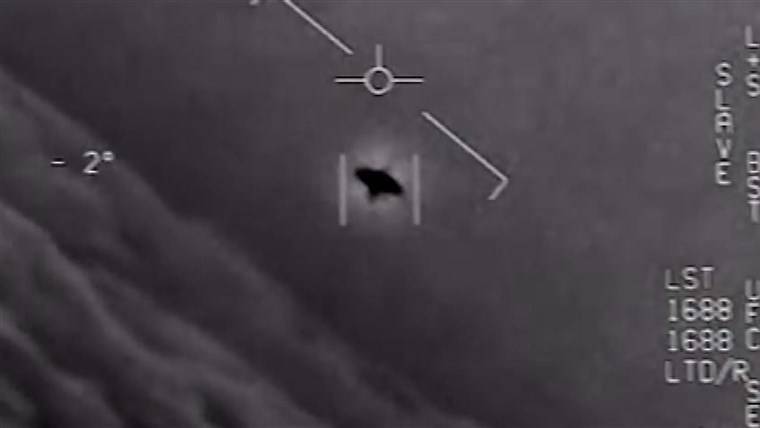 Since it was first presented by the Senate Select Intelligence Committee in June, this year’s Intelligence Authorization Act has been of unusual interest thanks to a provision titled “Advanced Aerial Threats.” In its inclusion, the committee offered intriguing support for the “efforts of the Unidentified Aerial Phenomenon Task Force at the Office of Naval Intelligence” and requested the production of an unclassified report detailing the analysis of UFOs — or as the Pentagon now terms them, unidentified aerial phenomena (UAP) or “Anomalous Aerial Vehicles.”

With the recent passing of the omnibus bill, the clock is seemingly ticking, and the Pentagon’s UAP Task Force now has 180 days to provide the Senate Intelligence Committee with their unclassified report detailing the Pentagon’s current investigations into UFOs. Easily overlooked, however, is that the provision is not law, and there is still no guarantee that a comprehensive, “all-source” UAP report will end up seeing the light of day.

“Consequently, it’s now fair to say that the request for an unclassified report on the UAP phenomenon enjoys the support of both parties in both Houses of Congress,” Mellon told The Debrief in an email. “Assuming the Executive Branch honors this important request, the nation will at long last have an objective basis for assessing the validity of the issue and its national security implications. This is an extraordinary and long overdue opportunity.”

Origins for the Senate Intelligence Committee’s UAP report request can be traced back to December 2017, when the New York Times published an article revealing a secretive study within the Pentagon known as the Advanced Aerospace Threat Identification Program (AATIP). Coinciding with the article’s publication was the “unofficial” release of three videos captured by the Navy in 2004 and 2015, which showed indistinct airborne objects claimed to be UAP.

In April 2020, the Department of Defense (DoD) officially released the three videos, acknowledging in a statement from the Secretary of Defense’s office that aerial phenomena observed in the videos remain characterized as “unidentified.” In mid-August, the Pentagon formally acknowledged they had established a task force looking into UAP.

In a press announcement, the Secretary of Defense’s office stated, “the UAPTF’s mission will be to detect, analyze and catalog UAPs that could potentially pose a threat to U.S. national security.” According to the release, authority for the Task Force was approved by the DoD’s chief operating officer, Deputy Secretary of Defense David L. Norquist.

One of the most vocal advocates for a serious investigation into UFO sightings in recent months has been Luis Elizondo, the former Director for the National Programs Special Management Staff for the Office of the Under Secretary of Defense for Intelligence, who headed up the Pentagon’s AATIP program. In the fall of 2017, Elizondo resigned from the DoD, citing what he felt was a lack of serious attention being placed on the UAP issue. Elizondo would subsequently go to work for To the Stars Academy, a UFO-centric organization founded by musician Tom DeLonge.

“I believe this is a tremendous step forward in that our representatives are taking this topic seriously,” Elizondo told The Debrief in an email, speaking about the approval of the recent Intelligence Authorization Act.

While this news may be exciting for many UFO/UAP enthusiasts, the UAP report provision is not binding law, so there is no guarantee the public will be provided any comprehensive information on UAP. Additionally, if the UAP Task Force deems certain information classified, the legislative branch does not have the authority to declassify that information in order to make it publicly available. With a new executive administration taking office in less than a month, it may ultimately come down to the significance the Biden administration and new presidential appointees place on the UAP issue.

“We must remain diligent in order to ensure any report submitted to Congress is done to the level and expectations of the committee members,” Elizondo said, “and not simply a whitewash to satisfy yet another Congressional requirement.”

Christopher Mellon remains cautious but optimistic. “The challenge now will be getting the myriad DoD and I.C. [Intelligence Community] components with pertinent information to cooperate,” he told The Debrief.

“I’m hopeful the new Administration will rigorously execute its oversight prerogatives because the concerns of the public and numerous U.S. military personnel have been ignored by a complacent national security bureaucracy for far too long,” Mellon said.

As 2021 approaches, the UAP issue is more visible than ever. Despite this, the level of accessibility of information included with the task force’s forthcoming report remains to be determined.

“This report, when submitted, will serve as a litmus to determine how seriously the Pentagon takes this topic,” Elizondo said, “and even more so, the authority and the will of the Congress.”

“Let me remind the Pentagon,” Elizondo added, “that the world is watching and will judge them on their actions.”