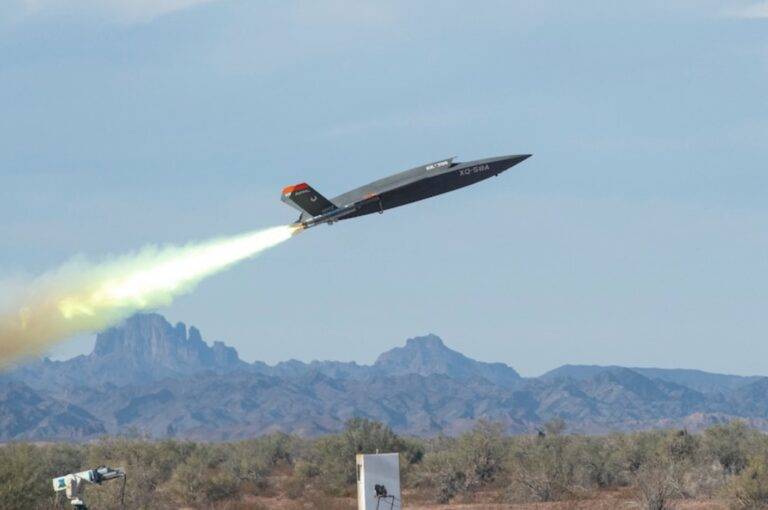 The Internet of Military Things, and a Former CIA Director on UFOs

Welcome to this week’s edition of The Intelligence Brief. A quick look ahead at some of the topics we’ll be touching on this week includes 1) recent U.S. Air Force tests that are moving towards an “Internet of Things” on a military scale, and 2) former CIA chief John Brennan’s recent comments on UFOs, and the now-famous U.S. Navy videos which purportedly show such unidentified objects.

With gatewayONE, Fifth Generation Aircraft Moves Toward Internet of Things

In recent days, the U.S. Air Force has made some significant strides toward achieving the military equivalent of an “Internet of Things,” which the Department of Defense aspires to bring to the battlefield as a key component in the future of warfare.

For those unfamiliar with this term, the idea of an “Internet of Things” essentially boils down to objects being connected to facilitate the exchange of data with one another via software and other sensory devices connected to the World Wide Web. Naturally, this kind of connectivity has advantages that interest the military too, and the U.S. Air Force appears to be leading the way in that arena, after facing significant challenges over the last few months.

That all changed last week, when a fifth-generation aircraft “overcame long standing connectivity limitations to share actionable operational data,” in a test that facilitated such communication “with and through multiple sources.” The test marks the first time that such communication has been achieved, according to a post by the Secretary of the Air Force Public Affairs at the USAF website.

The test was a significant step toward overcoming data movement problems that the military has faced in recent months, which have hindered efforts to enact the Advanced Battle Management System, a program set to replace the E-8C Joint Surveillance Target Attack Radar System aircraft, and which is expected to be a central element to the military’s forthcoming Joint All Domain Command and Control, or JADC2.

For a bit of background on this, the JADC2 is a program the Department of Defense envisions that will unite information retrieved from all the different military branches and make them available using a single secure network. “Traditionally, each of the military services developed its own tactical network that was incompatible with those of other services,” noted a report by the Congressional Research Service in November. With the ever-quickening pace of technology, military leaders have realized that traditional operations and capabilities have been lagging behind, and that “the Department’s existing command and control architecture is insufficient to meet the demands of the National Defense Strategy,” the report stated.

With the recent Air Force tests, which took place primarily at the Yuma Proving Ground in Arizona with additional preparation at Nellis Air Force Base, nine out of 18 objectives that had been designed were successfully achieved.

Part of the challenge had been overcoming the fact that fifth-generation fighters are faced with significant limitations in terms of communication, which normally relies on tactical data connections to relay information in non-native digital “languages” which are incompatible with one another. Enter gatewayOne, a system utilized during the tests designed to translate between each of the “native” formats, thereby removing the necessity for having an operations center or tactical ground node as a middleman to convey the information.

“Additionally, the test pushed the position data of each platform outside of the aircraft’s close-proximity formation through gatewayONE,” the recent post stated, “which enables battle managers on the ground or in the air to better orchestrate operations.”

“These bi-directional communications pathways occurred in the platforms’ native digital ‘languages’,” according to the statement, “and the data was displayed through the aircrafts’ organic systems.”

The gatewayONE test was only one of several achievements the Air Force announced within the last few days that brings the military closer to actualizing its Advanced Battle Management System, and thereby also bringing the military’s JADC2 to fruition. On Wednesday, the Air Force announced that a U2 Dragon Lady equipped with an AI copilot had flown a successful test flight on Tuesday night, which makes it the first military flight ever undertaken with the help of artificial intelligence. Elsewhere, during a recent live stream panel, Assistant Secretary of the Air Force for Acquisition, Technology and Logistics Dr. William Roper announced that the Air Force will test its first hypersonic missile in December.

Even the development of aircraft and weaponry is being steered by developments in the digital sphere. “The Air Force applied digital engineering to develop and fly its first Next Generation Air Dominance (NGAD) prototype,” Air Force Mag reported on Monday. Using computer models, design and performance tests can be carried out before the military commits to building an actual prototype, which saves both time and money.

Despite the advantages that digital technologies like these are providing the military, they also represent a necessary shift in current Air Force operations which, as Roper has said, may “change the entire Air Force end to end.”

However, as the pace toward an eventual military “Internet of Things” quickens, more than a few are concerned that they could be moving too fast. “Some analysts take a more skeptical approach to JADC2,” the November Congressional Research Service report stated. Although the recent Air Force gatewayONE tests may help to qualm some concerns about the technical feasibility of JADC2 and its component systems, there are still questions about command authority, and how it would be managed in a system that operates across several once-distinctive military domains.

Even more fundamentally, there are questions over the role humans may—or may not—play in the decision-making process. “Some also question how much a human will be needed for JADC2 to make decisions in real time,” the report said, “and whether it is appropriate to reduce the amount of human involvement in military-related decisions.”

The report’s inclusion of such concerns would not be the first time that issues related to removing the human element from warfare have been raised. In response to recent questions about his controversial use of drones in targeted killings during his administration, former president Barack Obama expressed the following similar sentiments:

Into the Cosmic “Webb”: The Search for Interstellar Interlopers

“The problem is that it starts giving you the illusion that it is not war… the machinery started becoming too easy. I had to actually impose internally a substantial set of reforms in the process,” the former president said, “to step back and remind everyone involved this isn’t target practice.”

Now for the part everyone has been waiting for (or might have simply skipped ahead to read): during a recent interview with Tyler Cowen, former CIA chief John Brennan addressed the question of unidentified aerial phenomena in three Navy videos that were officially released by the Pentagon in April.

“I think it’s a bit presumptuous and arrogant for us to believe that there’s no other form of life anywhere in the entire universe,” Brennan told Cowen during the interview. “What that might be is subject to a lot of different views.”

Brennan, who stresses that he has tried to remain open minded to possibilities while maintaining discernment and reviewing all of the available information, followed the quote above with an even more thought-provoking statement:

“But I think some of the phenomena we’re going to be seeing continues to be unexplained and might, in fact, be some type of phenomenon that is the result of something that we don’t yet understand and that could involve some type of activity that some might say constitutes a different form of life.”

Admittedly, there are times where it is difficult not to want to read too much into statements like these, especially when they come from a recent-past CIA director. Perhaps he was merely generalizing, but one thing does seem clear: Brennan does not seem dismissive toward the UFO subject, let alone toward the idea that its origins could be more complex than many would expect. You can listen to Cowen’s entire interview with Brennan here, and read a transcript of the relevant portion here.

That concludes this week’s edition of The Intelligence Brief. As always, if you happen to have come across this post via the “Internet of Things” over at our website and would prefer to get this newsletter sent directly to your inbox, you can subscribe and get email updates from us here.