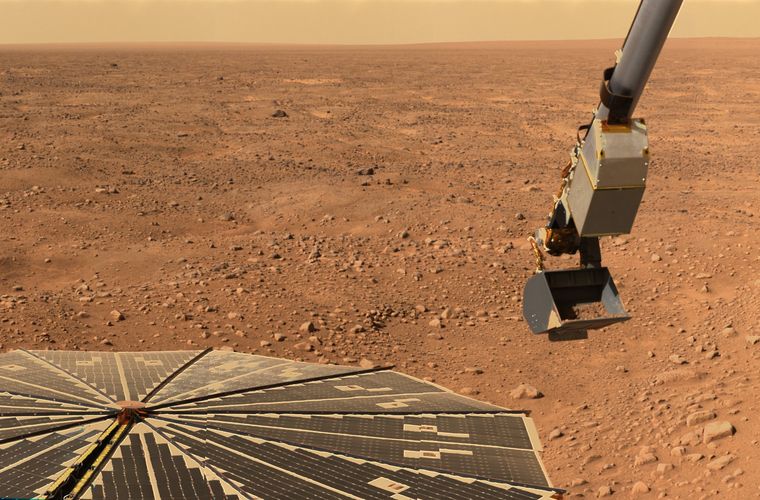 In planning the future mission to Mars, NASA is looking for ways to save room on the spacecraft and decrease payload for an easier flight. One way to accomplish both these goals is to use Mars’ own atmosphere to produce enough oxygen for breathing.

While this may sound challenging, an international team of researchers is currently using plasma to extract oxygen from the carbon dioxide in Mars’ atmosphere.

Background: What is Plasma?

Plasma, the fourth state of matter,  is a special type of matter that results when gases become superheated. Molecules gets so hot that electrons are separated from atoms to form a charged gas. Plasma is fairly commonplace in our universe, making up stars and supernovas, and because it is so hot, it also makes for the perfect tool to help create oxygen from carbon dioxide.

To utilize plasma in the oxygen extraction process, an international team from the University of Lisbon, Sorbonne University, MIT, Eindhoven University of Technology, and the Dutch Institute for Fundamental Energy collaborated to develop a set of experimental protocols.

According to University of Lisbon researcher Vasco Guerra, “To extract the oxygen from the carbon dioxide molecule, we need to decompose it. This requires energy.” Plasma can help with that energy need. “Plasma contains free charged particles, like. electrons and ions,” Guerra added. “The electrons are light and are easily accelerated up to very high energies with electric fields. When these ‘bullet-like’ electrons collide with a CO2 molecule, they can directly decompose it or transfer some energy to cause it to vibrate. In short, plasma provides an effective way to channel the energy (acquired from its free electrons) into the desired output, meaning we can use the available energy selectively.” This allows the process to be more efficient thanks to an enhanced level of control.

The plasma adds other benefits as well. As Guerra explains, “The next generated in the plasma and other plasma effects will also be beneficial for the separation of oxygen, by increasing the performance of the separation membrane. Immediate removal of oxygen also increases the plasma performance, by preventing reactions from forming back to CO2. Therefore, there is a true synergy between plasma decomposition and oxygen permeation across the membrane.”

The new study, published in the Journal of Applied Physics, points to the idea that future space travel may be improved significantly by removing the number of challenging mission components.

“Producing oxygen on Mars (by whatever means) will have a significant impact in reducing the logistics of a mission to Mars, by reducing the amount of fuel and breathable oxygen to be transported,” Guerra says. By developing a method to draw resources from Mars’ atmosphere in this way, it may help future astronauts on space missions by providing everything from renewable fuel sources, to fertilizer for future farming efforts on planets like Mars.

“Oxygen and nitrogen-which is also available in the Martian atmosphere are the building blocks to synthesize nitrogen-based fertilizers for future Martian agriculture,” Guerra says, adding that “Also, oxygen and carbon dioxide can be used to manufacture liquid propellants for rockets.”