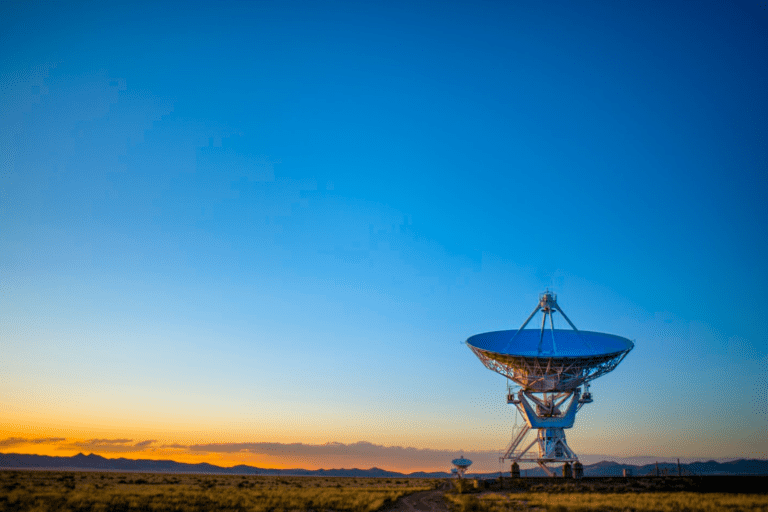 Welcome to this inaugural edition of The Intelligence Brief, where we’ll be taking a look at what’s happening in the sciences, as well as new trends in technology, defense, and other topics we’re covering at The Debrief.

Before we dive in, I’d like to take a moment to thank everyone who has been following our work this week with our official launch, and also take a moment to tell you a little about who we are, how this came to be, and what you can expect from The Debrief in the future.

That said, over on our About page, we provide a bit of background about the project, and what inspired us to launch this site. Transparency is important to us, and we endeavor to always be open and forthcoming about our interests and motivations, which are simple: we share an interest in emerging science and technology that has the potential to affect the world of tomorrow, but which is often underreported in the media today.

Among the issues that are important to us are developments in machine learning, and the questions we must be asking today about the potentials for a future where humans may share the world with advanced artificial intelligence. As will be clear from several of the stories we have featured this week coinciding with our launch, we are also interested in developments related to unidentified aerial phenomena (UAP), more commonly known as UFOs, and in particular, recent developments involving the United States government’s interest in them.

For more on the specific kinds of issues we will be reporting on, have a look at our Mission Statement, which outlines many of these ideas in greater depth. Also, I recently jumped behind the microphone with our friend Jazz Shaw over at Hot Air, where we discussed some of the aims and objectives of The Debrief and what we’ll be reporting in the weeks to come. You can watch that entire video interview here.

With little doubt, by now most of our subscribers to this newsletter will have also seen Tim McMillan’s in-depth reporting on recent developments related to the Navy’s Unidentified Aerial Phenomena Task Force in his article “Fast-movers and Transmedium Vehicles: The Pentagon’s Unidentified Aerial Phenomena Task Force.” Shortly after publication, The Debrief learned that an unclassified photograph had been leaked which shows an unidentified object (closely resembling a balloon) which was purportedly photographed from an F/18 cockpit.

I also covered the slightly more mundane mention of UFOs that came up during comedian Stephen Colbert’s recent interview with former President Barack Obama, where he was asked about the subject, as well as his controversial use of drones in military operations throughout the course of his presidency. Weighing in on the topic with us is Nick Pope, former investigator into unidentified aerial phenomena for the United Kingdom’s Ministry of Defence, who offered his perspectives on the idea of presidential UFO briefings.

The Search for Extraterrestrial Life: Seth Shostak Weighs in on Aliens

MJ Banias caught up with senior SETI Institute astronomer Seth Shostak, who is willing to bet that evidence of alien life will be apparent within the next 20 years, or else he’ll buy you a cup of coffee.

Fundamental to the debate over the existence of alien life elsewhere in the cosmos is the distinction between intelligent life, which will be far more easily detectable than just any kind of prospective life that might be bubbling around out there. Hence, much of the current effort by astronomers in the search has to do with the detection of potential technosignatures; that is, the clearly identifiable presence of technologies, which can be scientifically discerned from here on Earth. To-date, no conclusive evidence of these interstellar technological beacons has turned up, but that doesn’t mean scientists like Shostak aren’t looking.

There is a lot more in the works for the days and weeks to come, and we look forward to bringing you exciting news about science and technology, as well as what the coming years may hold for humankind. It’s an exciting time for humankind, and we here at The Debrief are proud to offer news and perspectives on these important developments.