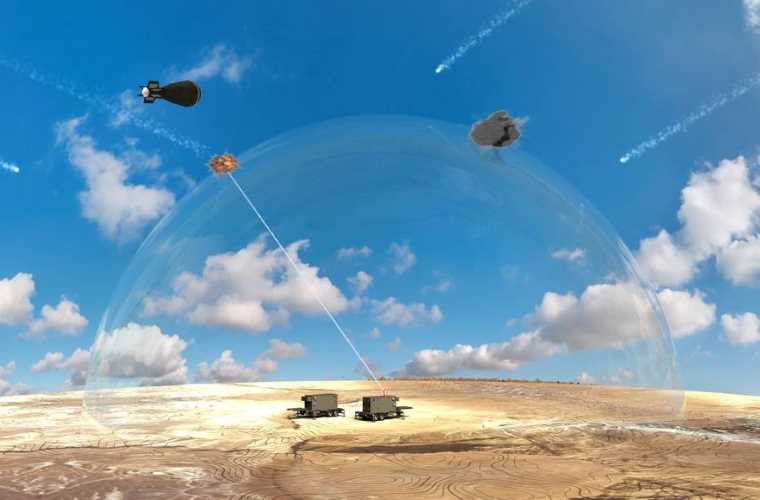 Israel has reaffirmed their plans to build a “laser wall” defense system, including initial deployment by the end of 2022. Such a system would intercept drones, missiles, and other projectiles with high-powered lasers that can blast them from the sky. The laser wall system is also expected to complement current anti-missile defenses, creating an impenetrable defense shield over the entire country.

Warfare is constantly evolving. Advancements in drone technology have changed the face of the modern battlefield, and newer threats, including hypersonic missiles, will change things even further.

Attempts to intercept incoming rockets, missiles and drones face many obstacles. However, advancements in high-powered lasers are making such anti-missile defenses more viable than ever. Now, Israel is hoping that its advanced laser system will offer previously unavailable levels of security from enemy drones, rockets, missiles, and more.

LASER WALL TO DEFEND ISRAEL FROM MISSILES, ROCKETS, AND UAVs

“This will allow us, in the medium- to long-term, to surround Israel with a laser wall that will defend us from missiles, rockets, UAVs, and other threats that will essentially take away the strongest card our enemies have against us,” said Israeli Prime Minister Naftali Bennett in a speech at the Institute for National Security Studies in Tel Aviv.

According to the Jerusalem Post, a demo version of the system using lasers mounted on light aircraft recently downed several UAVs at a range of 1 kilometer at a success rate of 100%. However, the laser wall will use ground-based lasers that can tap into the power grid or local generators to pack the high-energy wallop needed to drop missiles and drones from the sky with a single blast. Of course, lasers face their limitations, including bad weather and power requirements, but the changing face of the battlefield requires new technologies.

Aside from a breakthrough that would place Israel ahead of its enemies technologically, the laser wall is also designed to change the financial equations for countries like Iran, which are considered Israel’s main enemy in the region. That’s because the current model of missile defense, dubbed Iron Dome, costs tens of thousands of dollars in guided munitions to down an enemy rocket that only costs hundreds of dollars to make.

“This equation doesn’t make sense,” said the prime minister at the February event. “It allows [the terrorists] to launch more and more Kassams and for us to shed many millions on a ‘lightning strike’ and billions during a campaign.” Instead, said Bennett, “we decided to break the equation, and it will be broken in only a few years.”

In its ultimate form, Bennet says that the Laser wall will see Israel’s enemies “invest a lot, and we will [invest] a little.”


A "Lunar Ark" will store Earth's biological material on the Moon.

“If you can intercept a missile or rocket with an electric pulse that costs a few dollars,” he said, “we are weakening the ring of fire that Iran has built on our borders.”

As noted, Israel plans to deploy the first aspects of the laser wall in the country’s southern region by the end of the year. The prime minister also noted that Israel plans to provide laser wall interceptor systems to their allies in the region, who are under constant threat from Iran and its proxies.

“We are entering a new age of energy warfare in the air, land, and sea,” said Brig. Gen. Yaniv Rotem, Israel’s former chief of the ministry’s Directorate of Defense Research and Development, in 2020 when the system was first announced. “The research and development investments made in the last years have placed the state of Israel among the leading countries in the field of high-energy laser systems.”