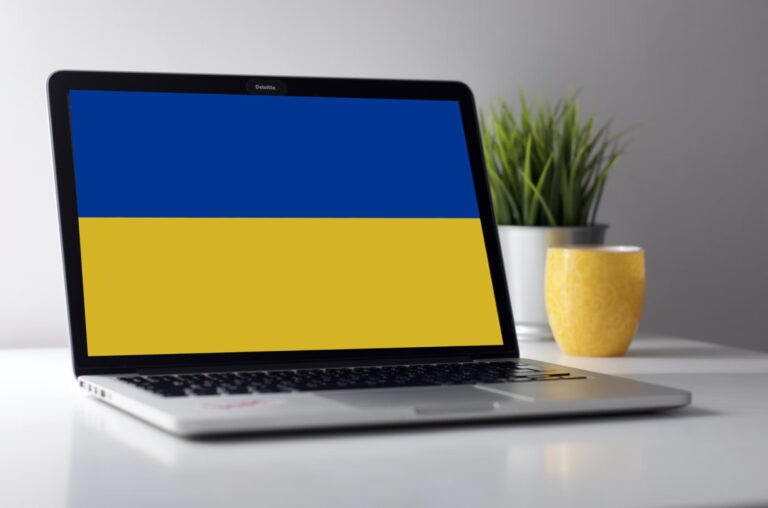 As the conflict in Ukraine following Russia’s invasion closes in on one month of warfare, the Ukrainian people count among their many losses their homes, as well as historic buildings, and of course, the lives of those killed—both military, and civilians—in battle.

Many family heirlooms, historical objects, and cultural treasures that were able to be rescued from destruction have been removed and hidden as the conflict ensues. “Statues of Jesus Christ have been taken down from their crosses across the city,” read an NPR report on March 15, adding that “Paintings have been removed from museum walls. They’ve all been hidden for safekeeping in secret locations underground.”

But count among those important elements of Ukrainian culture that many are working to preserve their presence on the Internet, as well.

In a recent statement by Internet Archive, a website that digitizes and preserves archived copies of websites, important historical texts, films, and other media, many internet resources created by Ukraine are at risk of being lost forever.

“In times of war, preservation is more critical than ever—cultural artifacts, historical collections, and important records are often targeted and erased,” the statement read. “Since Russia invaded Ukraine last month, the Internet Archive has been a crucial member of the effort to preserve Ukrainian websites, datasets, and digital resources before they’re lost forever.”

“Right now, more than a thousand volunteers from around the world are working to protect Ukrainian materials from these threats,” the statement read.

Among its efforts, Internet Archive is working in support of the preservation efforts of groups like the newly established Saving Ukrainian Cultural Heritage Online (SUCHO) initiative. Launched in March shortly after Russia invaded the country, the online effort features volunteer web archivists who are employing a range of web archiving tools that include the Internet Archive’s Wayback Machine to preserve Ukrainian media in all different forms, including music, scientific publications, websites, and other materials that can be preserved digitally.

Quinn Dombrowski, the co-founder of SUCHO and an academic technology specialist at Stanford University, said that digital information can be as fragile as the other important aspects of cultural heritage that are potentially at risk during a conflict like that which is currently underway between Ukraine and Russia.

“When we think about the internet, we think the data is always going to be there,” Dombrowski said in a blog post. “But all this data exists on physical servers and they can get destroyed just like buildings and monuments.”

“A tremendous amount of effort and energy has gone into the development of these websites and digitized collections. The people of Ukraine put them together for a reason. They wanted to share their history, culture, language and literature with the world.”

Internet Archive adds that the efforts of SUCHO are being further supported by Archive Team, which describes itself as “a loose collective of rogue archivists, programmers, writers and loudmouths dedicated to saving our digital heritage.”

Since 2009, Archive Team has worked to prevent the loss of information online “and done our best to save the history before it’s lost forever.” Among the sources of information Archive Team is working to preserve are government webpages, as well as educational websites and digital libraries similar to the Internet Archive. Archive team’s efforts are split between three projects, the first focusing on an “undirected crawl on URLs ending in ‘.ua’,” which aims simply to collect and preserve as much of the Ukrainian web presence as possible. The second component focuses on government and institutional sites, and the third project is working to preserve Ukrainian journalism in order to provide “a comprehensive, real-time record of how the invasion is unfolding.”

Those interested in helping with the preservation efforts are encouraged to become a volunteer with SUCHO, although individuals without archiving expertise are being encouraged to simply submit URLs to be archived using Wayback Machine’s Save Page Now feature.