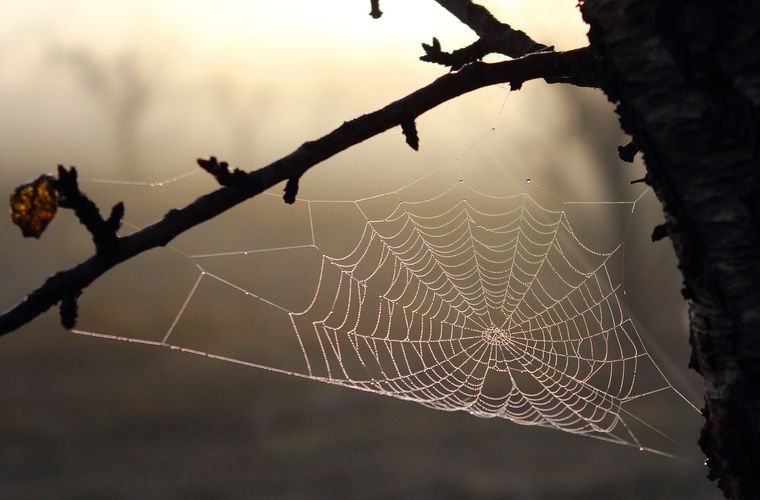 With cancer being the second leading cause of death within the U.S., it’s no surprise that so many scientists are involved in the search for potential cures. One primary direction for current cancer research is to find natural proteins the body may already have, and manipulate them to fight cancer.

One of these natural proteins is called p53, nicknamed Guardian of the Genome because it protects damaged DNA from degrading into cancer. In a new study from the Karolinska Institutet in Sweden, scientists are helping to give this protein a boost using an unlikely tool… spider silk.

P53 is a special protein because it plays an important role in identifying and preventing genetic mutations that can cause cancer. From past research, scientists have found that cells without p53 quickly begin to mutate and then become cancerous. In fact, around half of all cancer tumors show a mutation in the p53 gene, revealing that without this protein, cells have a big problem. This makes p53 an important ingredient in creating an effective cancer treatment.

For all its benefits, p53 does have a weakness “The problem is that cells only make small amounts of p53 and then quickly break it down as it is a very large and disordered protein,” explained Karolinska Institutet researcher Michael Landreh. In looking at ways to try and stabilize the protein, the researchers got creative. “We’ve been inspired by how nature creates stable proteins and have used spider silk protein to stabilize p53, “added Landreh. “Spider silk consists of long chains of highly stable proteins, and is one of nature’s strongest polymers.”

After finding a way to better stabilize the p53 protein, the researchers are planning on studying the protein in further detail to understand how it can be used in effective cancer treatment. The researchers also want to understand how the protein tolerates its webby addition. According to the senior professor at the Karolinska Institutet and co-discoverer of the p53 protein, Sir David Lane: “Creating a more stable variant of the p53 cells is a promising approach to cancer therapy, and now we have a tool for this that’s worth exploring. We eventually hope to develop an mRNA-based cancer vaccine, but before we do so we need to know how the protein is handled in the cells and if large amounts of it can be toxic.”


The achievement will likely have a significant impact on the future of computational and molecular biology.