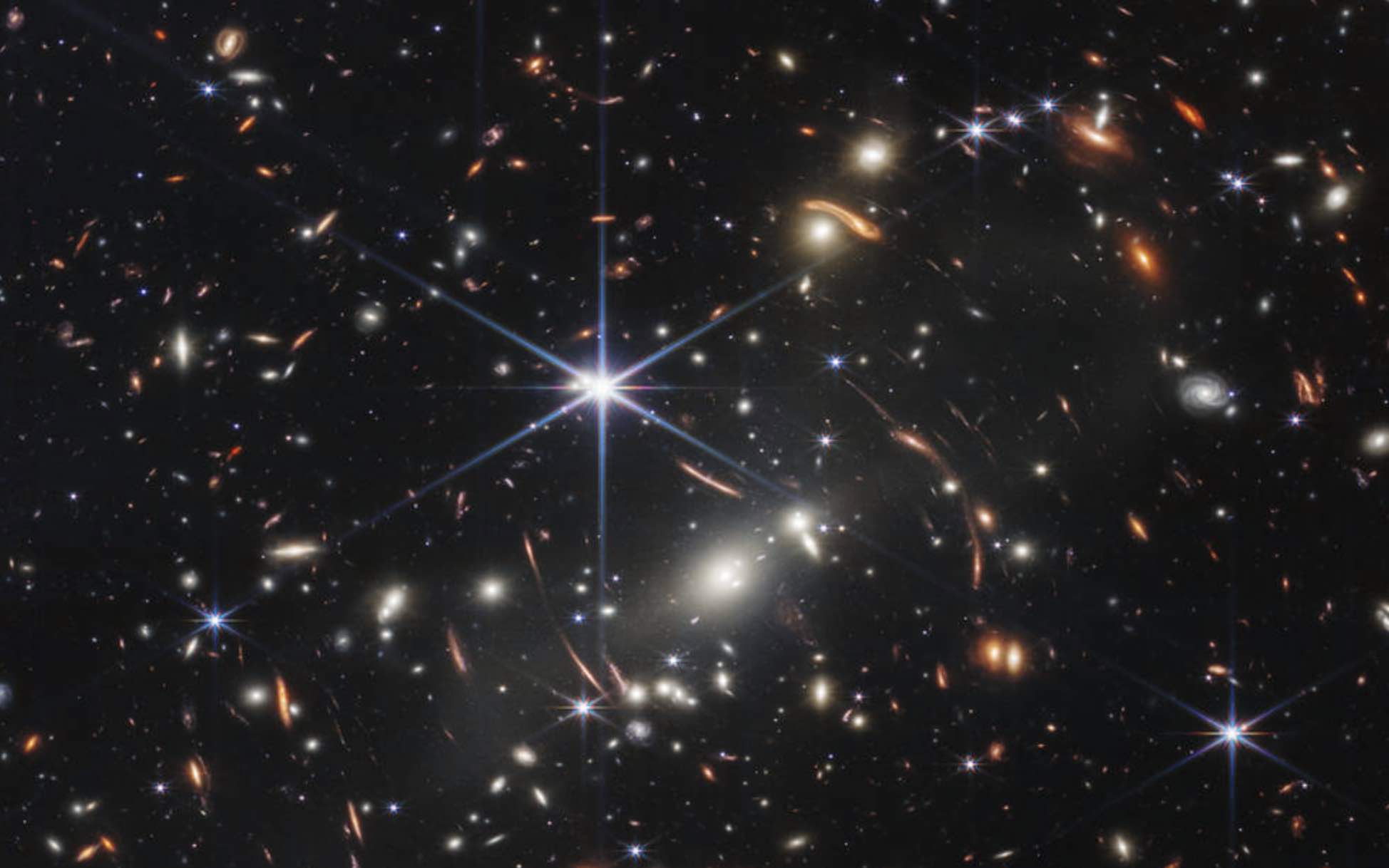 This afternoon, President Joe Biden unveiled one of the first images captured by NASA’s James Webb Space Telescope in an early debut at the White House.

The official preview, which unfolded shortly after 6 PM Eastern on Monday, featured one of the widely anticipated first images captured by NASA’s new premiere space telescope.

“Tomorrow when this image is shared with the world, it will be an historic moment for science and technology, for astronomy and space exploration, for America and all of humanity,” Biden said during the televised briefing.

“As an international collaboration, his telescope embodies how America leads the world not by the example of our power, but the power of our example,” Biden added.

“The federal government must invest in science and technology more than we have in the past,” Biden said. “These images are going to remind the world that America can do big things.”

As the image was revealed during the televised briefing, NASA Administrator Bill Nelson expressed his excitement at the first images the Webb Space Telescope–now a multi-country project several decades in the making–has already been able to produce.

“You’re seeing just a small portion of the universe,” Nelson said. “A hundred years ago, we thought there was just one galaxy.”

“We’re looking back more than 13 billion years,” Nelson said, remarking on the Webb telescope’s unique infrared imaging capabilities. “We’re going back almost to the beginning. That is the discovery we are making with this,” Nelson added.

The image revealed on Monday was also made available for download on NASA’s website coinciding with the event in Washington.

Previewed by @POTUS on July 11, it shows galaxies once invisible to us. The full set of @NASAWebb‘s first full-color images & data will be revealed July 12: https://t.co/63zxpNDi4I pic.twitter.com/zAr7YoFZ8C

Unlike its predecessor, the Hubble Space Telescope, Webb collects imagery in the infrared spectrum, which along with its placement at Lagrange Point 2 (L2) allows it to observe far more distant objects in space than even the most advanced telescopes currently in use.

NASA expects that Webb’s ability to view these faint, distant objects will unravel new clues about the early universe, and may even reveal the existence of completely undiscovered phenomena about the cosmos.

“We are gonna be able to answer questions that we don’t even know what the questions are yet,” Nelson said during Monday’s White House event.

Tuesday’s revealing of the other images captured by Webb will be part of an event beginning at 10:30 AM Eastern on Tuesday, July 12. NASA, along with its European Space Agency (ESA) and Canadian Space Agency (CSA) partners, will showcase the full-color images, along with the first public sharing of additional spectroscopic data from the photos.

“Released one by one, these first images from the world’s largest and most powerful space telescope will demonstrate Webb at its full power as it begins its mission to unfold the infrared universe,” read a NASA statement.

Tuesday’s event and live broadcast are scheduled to be held at NASA’s Goddard Space Flight Center in Greenbelt, Maryland. To follow the event online, you can stream NASA’s presentation of the images on NASA TV, and the official page the space agency has created for the images on its website, http://www.nasa.gov/webbfirstimages. Additional information about the Webb Space Telescope and its first array of images can also be found here.