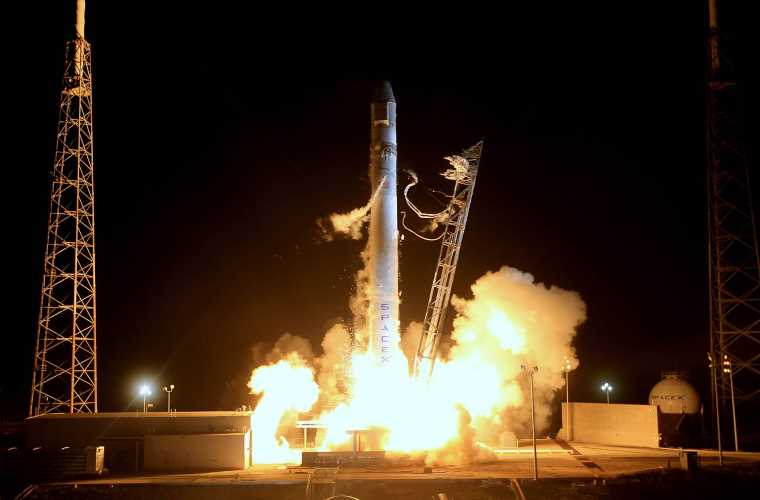 Will Future Spacecraft Use ‘Jaws’ Bacteria to Make Rocket Fuel?

Researchers say they have successfully used everyday bacteria to create a key ingredient in the production of rocket fuel. Employing the same process employed by the human body to create and store fat, the revolutionary technique may offer the heavily fossil-fuel-dependent space launch industry a more environmentally friendly and easily accessible alternative.

Rockets Are Still the Only Game in Town

Engineers and researchers continuously invent new methods to propel craft within the vacuum of space. These include conventional rockets, water plasma thrusters, ion drives, and even experimental solar sails. Futuristic concepts in the early stages of theory and development include things like the Windrider plasma magnet, nuclear fusion propulsion, or even a warp drive. Still, as of 2022, if earth’s space organizations want to launch anything into near-earth orbit or beyond, they need to use good old-fashioned rockets.

Unfortunately, all rockets use fossil fuels, and along with the damaging effects to the environment, fossil fuels are a limited resource. This ever-worsening situation led the researchers behind the bacteria fuel conversion effort to see if they could create rocket fuel without tapping into fossil fuels. And their results seem incredibly promising.

Pablo Cruz-Morales, a microbiologist at DTU Biosustain (part of the Technical University of Denmark), says he was first approached with the far-out idea by colleague Jay Keasling. A former DTU postdoc researcher, Keasling was now a chemical engineer at the University of California. In that discussion, Keasling proposed combining their respective disciplines to create a process where everyday bacteria can convert glucose and amino acids into an energy-dense, carbon-based chemical that could be treated to make biofuel. In particular, high-energy biofuel for rockets.

“The recipe already exists in nature,” said Cruz-Morales in a story for the Daily Mail. “As they (the streptomyces bacteria) eat sugar or amino acids, they break them down and convert them into building blocks for carbon-to-carbon bonds.”

“You make fat in your body in the same way, with the same chemistry,” the researcher added, “but this bacterial process has some very interesting twists.”

The most interesting of those twists is the chemical created by the bacteria. Called Jawsamycin (named after the famous monster shark from the movie Jaws due to its bite-mark shape), the main benefit of this fatty acid is its power potential, mainly since it uses a lot of energy to produce in the first place.

“In chemistry, everything that requires energy to make will release energy when it’s broken,” explained Cruz-Morales. Putting a rocket into space requires massive energy, but, the researchers note, the Jawsamycin produced by their bacterial conversion packs the needed punch.

No More Excuses for Making Rocket Fuel from Oil

With the results of their study published in the scientific journal Joule, the pair of researchers note that a few hurdles exist before their process can go into production. First, they will need to treat their newly created bio-diesel-like product so it ignites at a lower temperature than a typical fatty acid. Even more importantly, however, are the potential economics of the situation.

“The problem right now is that fossil fuels are subsidized,” Cruz-Morales explained.

Still, he says, it is the environmental concerns that should be the most important.

“If we can make this fuel with biology, there’s no excuses to make it with oil. It opens the possibility of making it sustainable.”

Ultimately, the two researchers and their research team say that the writing is on the wall for all fossil fuels, and new processes like this will likely be needed sooner than we think.

“You can see this as a preparation for the moment because we are going to run out of fossil fuels,” said Cruz-Morales, “and there’s going to be a point, not far from now, when we will need alternative solutions.”