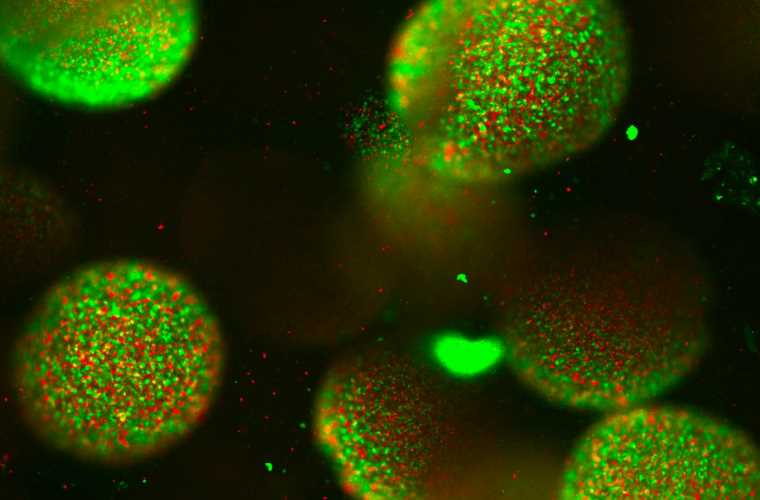 Kitchen Sponges Are Even More Disgusting Than You Thought


A Better Incubator Than a Laboratory Petri Dish?

Researchers have determined that the everyday kitchen sponge provides an ideal environment for the proliferation of E. Coli bacteria. That’s mainly because, along with a steady influx of microscopic food particles, the sponge’s structure offers a unique breeding ground that allows typically mismatched strains to flourish alongside one another.

THE GOOD, THE BAD, AND THE KITCHEN SPONGE

Few kitchen tools are as helpful and downright disgusting as a sponge. Its natural ability to soak up water makes the sponge a must-have accessory. But sponges can also become toxic (and stinky) very quickly. The main culprit was always assumed to be minuscule pieces of food and related bacteria that, over time, work their way into the sponge’s interior. But, as it turns out, that is only half of the story.

Researchers from Duke University have shown that those food particles and bacteria are further aided by the unique structure of the sponge itself, which can quickly turn a useful sink-side tool into a nasty, bacteria-laden one.

“Some bacteria thrive in a diverse community while others prefer a solitary existence,” explains a press release announcing the new research. “And a physical environment that allows both kinds to live their best lives leads to the strongest levels of biodiversity.”

Soil is one example of this type of bacteria-friendly environment, as are individual raindrops on a leaf’s surface. Unfortunately, as it turns out, sponges may be even more bacteria friendly than either. That is mainly because the sponge’s physical structure allows disparate microscopic organisms to grow alongside one another, even if they normally are loathed to do so in more connected environments.

“Bacteria are just like people living through the pandemic — some find it difficult being isolated while others thrive,” said Lingchong You, Professor of biomedical engineering at Duke. “We’ve demonstrated that in a complex community that has both positive and negative interactions between species, there is an intermediate amount of integration that will maximize its overall coexistence.”

In short, an environment that allows for both types of interactions, both solitary and community-based, should also allow for more diversity.

To test this idea, Professor You and his team barcoded about 80 strains of E. Coli, allowing them to track the bacteria’s growth. Next, according to the press release, “they mixed the bacteria in various combinations on laboratory growth plates with a wide variety of potential living spaces ranging from six large wells to 1,536 tiny wells.”

The larger of these wells were designed to approximate environments where different microbes can mix freely, while the tiny wells simulated areas where strains remained separated. After allowing the bacteria enough time to grow, the researchers found a range of results.

In the large vats where the bacteria E. Coli mixed freely, the types that preferred to be alone died off, and the varieties that flourish in a community were all that was left. The smallest wells were the opposite; Bacteria that preferred to be alone had flourished, all but eliminating the bacteria that needed a more cooperative habitat to thrive.

However, the most exciting (and potentially disgusting) result came from the intermediate-sized wells. In these environments, both the solitary-loving and community-loving bacteria grew and prospered.

“The small portioning really hurt the species that depend on interactions with other species to survive, while the large portioning eliminated the members that suffer from these interactions (the loners),” said You. “But the intermediate portioning allowed a maximum diversity of survivors in the microbial community.”

As it turns out, the kitchen sponge mimics this intermediate structure perfectly.

You and his team tested this in the lab on a strip of sponge. And the results matched the apex diversity of the intermediate wells perfectly.

“As it turns out, a sponge is a very simple way to implement multilevel portioning to enhance the overall microbial community,” You said. “Maybe that’s why it’s a really dirty thing — the structure of a sponge just makes a perfect home for microbes.”

In fact, the press release concludes, with a regular influx of new food and hot water, “your kitchen sponge is a better incubator for diverse bacterial communities than a laboratory Petri dish.”

Published in the journal Nature Chemical Biology, the research paper points out that these findings could improve industrial applications that utilize bacteria, including alcohol, biofuels, and even medications. However, the most significant conclusion for the average household is just how gross your sponge is. So, go throw it away. Seriously. The Debrief will be here when you get back.