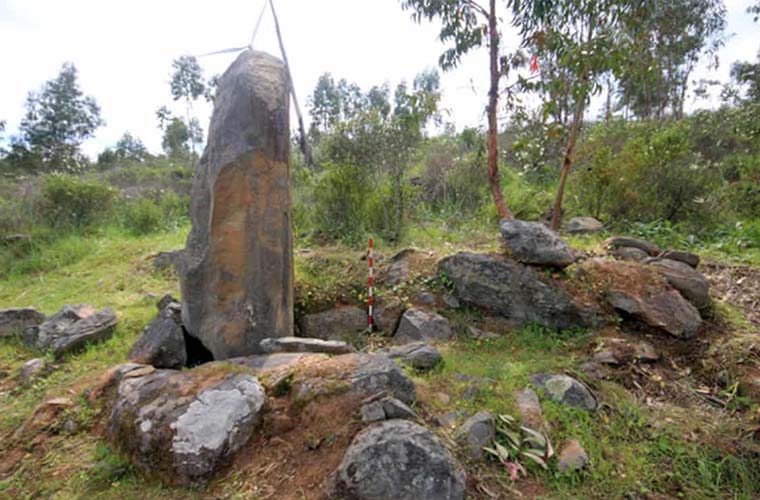 Archeologists say they have uncovered a massive megalithic complex near Spain’s southern border with Portugal and the city of Huelva.

Containing over 500 standing stones, including two stone circles similar to those of Stonehenge, researchers say the La Torre-La Janera complex could be one of the largest megalithic sites ever discovered in Europe.

“This is the biggest and most diverse collection of standing stones grouped together in the Iberian peninsula,” said Jose Antonio Linares, a researcher from Huelva University who studied the newly discovered Huelva complex.

The megalithic complex was initially uncovered in 2018 after prospecting surveys revealed a large number of upright stones on nearly 1,500 acres, which had been earmarked to be an avocado plantation. The standing stones were shown to be menhirs, a type of megalith erected in prehistoric times and common to western Europe.

Most of the standing stones, measuring between 3 and 10 feet tall, were grouped into 26 alignments and two megalithic stone circles, called cromlechs. The cromlechs were noted to have been “erected in outstanding locations and with wide visibility of the landscape,” leading researchers to theorize the sites could be related to viewing the sunrise during the summer and winter solstices and the spring and autumn equinoxes.

Researchers say burial mounds and cists built around rocky vertical outcrops could likely have “functioned as houses of the dead and ritual places, containing remains of ancestors and offerings.”

The oldest megaliths at the La Torre-La Janera site are believed to have been erected sometime during the second half of the sixth or fifth millennium BCE, or roughly 6,000 to 8,000 years ago. The diversity of differing megaliths and construction periods suggests the site was used by prehistoric peoples for a significant time, perhaps thousands of years.

The megalithic complex currently lies just over 9 miles from the coastline. However, 4,000 to 6,500 years ago, when the sea level was almost 7 feet higher than it is today, the La Torre-La Janera site would have been ideally situated near the mouth of the ​​Guadiana River and the Northern Atlantic Ocean.

Archaeologists say one of the most striking features of the La Torre-La Janera site is the number of well-preserved and diverse megalithic elements, all grouped together in a single location.

“Finding alignments and dolmens on one site is not very common,” Primitiva Bueno, co-director of the La Torre-La Janera project and prehistory professor at Alcala University in Spain, told Agence France-Presse. “Here, you find everything all together: alignments, cromlechs, and dolmens, and that is very striking.”

La Torre-La Janera’s significance has already been compared to the Carnac site, an enormous, 3,000-stone megalithic complex discovered near the south coast of Brittany in northwestern France.

Many of the stones are still buried deep within the earth, and excavations at La Torre-La Janera are expected to continue until at least 2026. However, archaeologists hope that a portion of the site will be open to visitors within the next year.