NASA Prepares For the First Moonshot of Its Artemis Program 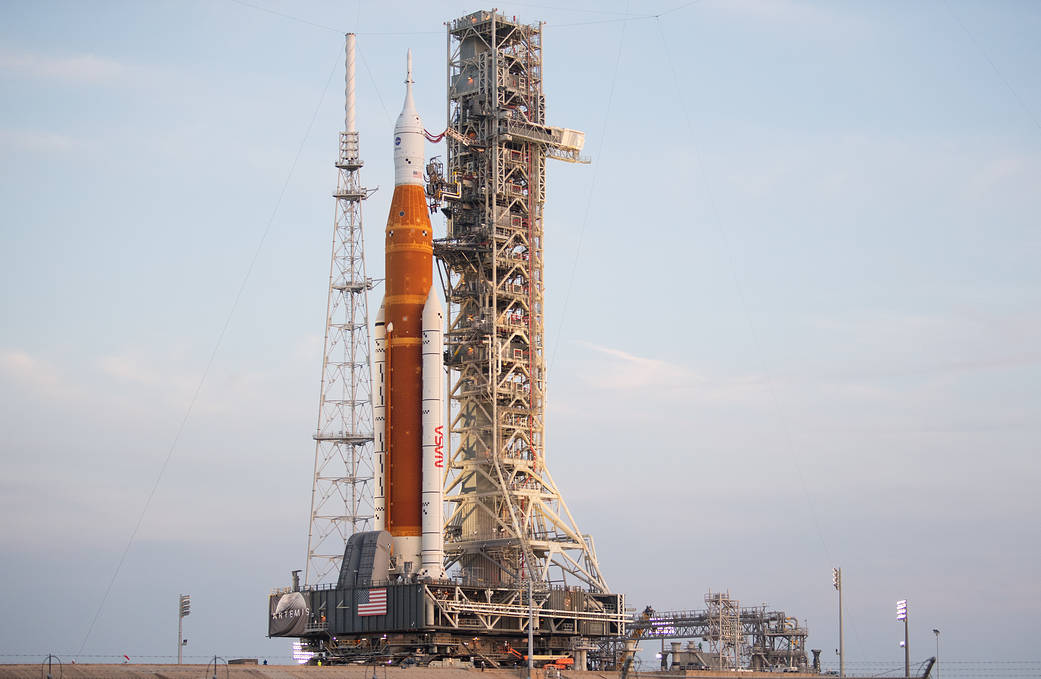 Welcome to this week’s installment of The Intelligence Brief… as NASA gears up for the first test launch in advance of its historic Artemis mission, we’ll be looking at 1) the all-night effort to transport NASA’s SLS rocket to its launch pad, 2) what NASA plans to accomplish during the test flight of its new “retro” rocket, and 3) how data collected during the mission will be made available for those wishing to follow the mission as it proceeds.

Before we get into things, as always, there have been a lot of stories we’ve been covering in recent days at The Debrief, which includes how for the first time, scientists have confirmed a major breakthrough in nuclear fusion involving the first successful instance of ignition. Elsewhere, a team of Chinese scientists claims they’ve developed a new “anti-stealth” radar system that can be covertly set up virtually anywhere. Also, our friends over at Colossal Biosciences has announced their new effort to resurrect the Thylacine using innovative de-extinction technologies.

Meanwhile, in video news, Canadian UFO researcher Chris Rutkowski recently joined our very own Chrissy Newton to talk about how his UFO journey began and what he has learned over the years. You can hear all about Rutkowski’s ongoing research on the latest installment of Rebelliously Curious with Chrissy Newton on The Debrief’s YouTube Channel. As always, you can find a complete listing of all our past stories at the end of this week’s newsletter.

But for now, it’s time we shift our attention back over to what was going on over the last couple of days at Kennedy Space Center as NASA prepares for its historic Artemis moon mission in the days ahead.

NASA Pulls an All-Nighter Preparing for Artemis I

Late Tuesday night, a rocket NASA plans to send to the Moon was rolled out to its Kennedy Space Center launch pad in advance of what is expected to be a historic flight in the days ahead.

The first launch in NASA’s ambitious Artemis program, the forthcoming test launch is currently scheduled for late August and will aim to provide key data in advance of the space agency’s lunar mission that plans to send a human crew back to the Moon by as soon as 2025.

The massive, 322-foot rocket drew crowds of employees early Wednesday morning, “many of whom were not yet born when NASA sent astronauts to the moon a half-century ago,” the AP reported. According to sources, just transporting the rocket to its launch pad required close to ten hours, making it an all-night undertaking that finally brought the rocket to its current location shortly before sunrise.

By August 29, NASA plans to launch the rocket for its initial lunar test flight in an unmanned launch that will carry three mannequins and an array of sensitive equipment designed to gauge the functionality and safety of the spacecraft’s Orion capsule, which will be spend two weeks traveling around the moon, thereafter returning for an ocean splashdown landing in the Pacific.

The capsule will fly around the moon in a distant orbit for a couple of weeks, before heading back for a splashdown in the Pacific. The entire flight should last six weeks, and now, after decades of planning and billions in expenditures, NASA finally appears to be on track to send humans back to the lunar surface.

Into Deep Space on a ‘Retro’ Rocket

During its first integrated flight test, Orion will travel a total of 40,000 miles beyond the Moon. NASA rocket program manager John Honeycutt said in a statement that the August launch will be the first time since the early 1970s that NASA will “be launching a rocket that’s designed for deep space.”

Shorter than the Apollo-era Saturn V rockets of decades past by more than 40 feet, the new SLS moon rocket NASA will be employing packs a greater punch, thanks both to its core stage as well as the twin strap-on boosters that will propel it into space, similar to the systems used to carry NASA’s space shuttles aloft in the past.

Don’t let its classic appearance fool you, though. The SLS will be capable of delivering 21st-century performance as the Artemis missions unfold, which the agency hopes its late-August test launch will help to showcase.

Following Artemis to the Moon

NASA has announced several new interactive ways that people can follow Artemis I as it sends the Orion capsule beyond the Moon, with help from the Artemis Real-time Orbit Website (AROW).

Users in the days ahead can look forward to accessing an array of data that the sensors aboard the Orion capsule will be collecting during its initial test flight, which is subsequently delivered to Mission Control back at NASA’s Johnson Space Center in Houston.

The data made available through AROW will “provide periodic real-time data beginning about one minute after liftoff through separation of the SLS rocket’s Interim Cryogenic Propulsion Stage approximately two hours into flight. Once Orion is flying on its own, AROW will provide constant real-time information.”

Seth Lambert, Orion programmer and creator of the interactive AROW system, recently called it “a really powerful way to engage with the mission and understand the scope of what NASA is trying to accomplish with Artemis I.”

Richard Garodnick, an engineer on the mission control center system engineering and development team at Johnson Space Center, added that “Knowing what the spacecraft is doing during the mission is already cool, but now that Orion’s data can be visualized in all these different ways, it will be interesting to see what creative projects others come up with.”

Obviously, NASA will be busy in the days ahead as it completes final preparations for the Artemis I launch. However, with the accessibility to data that AROW will provide, it will be easy for space enthusiasts around the world to track the mission almost in real-time from the comfort of their own homes, and watch as the Artemis program takes the first few small steps toward NASA’s next historic giant leap in the future of human space travel.