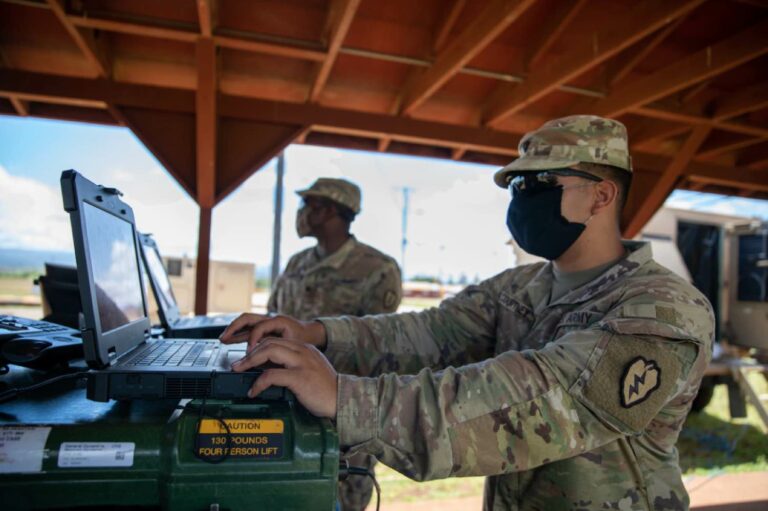 “Data is a strategic asset,” the May 5 memorandum states, adding that the transformation of the Department of Defense (DoD) “to a datacentric organization is critical.”

According to the memo, efforts to improve the DoD’s capabilities through its use and management of data will be aimed at “improving warfighting performance and creating decision advantage at all echelons from the battlespace to the board room.”

The memo, titled “Creating Data Advantage,” also details a new series of “data decrees” that will help optimize the Defense Department in a variety of ways, which include maximizing the DoD’s ability to share data, as well as rights for data use, as well utilizing the DoD’s federated data catalog for the publication of data assets, and a range of other objectives.

Among its other priorities, the DoD’s data objectives include the implementation of externally accessible and machine-readable automated data interfaces, and the use of data storage “in a manner that is platform and environment-agnostic, uncoupled from hardware or software dependencies.”

The DoD also aspires to institute layers of security that will improve access, encryption, authentication, and the monitoring and protection of data.

“Leaders at all levels have a responsibility to manage, understand and responsibly share and protect data in support of our shared mission,” Hicks said in the memo.

“Data enables capabilities such as [artificial intelligence], machine learning and various autonomous technologies. It is critical to warfighters seeking advantage on the battlefield, and it is critical to decision makers,” she said.

One of the ways Hicks’ new plan will seek to implement the DoD’s move toward being more data-centric will also employ the DoD’s chief data officer “to provide leadership and issue guidance regarding the DOD’s data ecosystem — people, technology and culture — data sharing, data architecture, data lifecycle management and a data ready workforce.”

Last June, David Spirk was named as the DoD’s new Chief Data Officer (CDO). Spirk, a former Marine whose past experience includes having also served in the position while working under the U.S. Special Operations Command. According to a DoD press statement, Spirk “has significant experience in the Intelligence Community and will play a critical role in executing the DOD Digital Modernization Strategy.”

Within the DoD’s new plans to prioritize its data use and management, the CDO will oversee areas that include sharing, architecture, lifecycle management and other aspects of data maintenance. Spirk will also be responsible for issuing policy and guidance in these areas, in addition to having access to essentially all DoD data.

According to the memorandum, the DoD plans to implement a quick-paced timeline aimed at the development of resources and programs that will consolidate data efforts. The Office of the Secretary of Defense will endeavor to review analytical platforms, as well as data management systems, with the objective of “scaling proven capabilities across the enterprise,” while also looking to broaden the effort by employing DoD workforce from other sectors who can aid in speeding along the transformation process.

According to Hicks, by June 15 the DoD CDO will present her with a status report which will focus on progress made in five key areas. The first of these involves and assessment of the DoD CDO as an independent entity from the similar position of Chief Intelligence Officer (CIO), and the CDO’s role as Principle Staff Assistant for enterprise data management and other related analytic issues. Second, the DoD will oversee use of the Defense Digital Service (DDS) in the identification “of near-term options to accelerate the adoption of enterprise data management and data analytics capability.”

Third, the CDO will review all “current and developing DoD data management and data analytic platforms” in an effort to identify areas where integration, consolidation, and replacement of various systems may be warranted. The CDO’s fourth objective will involve the delivery of a Plan of Action & Milestones “to resolve identified gaps informed by scaling of capabilities that have proven themselves in real world operations, simulations, experiments, and demonstrations related to data storage, access, security and management.”

Finally, in collaboration with the Undersecretary of Defense for Personnel and Readiness and DDS, the CDO will report to Hicks on the analysis “of DoD data talent to identify resident civilian and military data talent,” as well as the DoD’s overall data fluency. Training of personnel in various realms of data management will also be among the objectives the CDO will include in his report, along with other priorities.

“Data is essential to preserving military advantage, supporting our people, and serving the public,” Hicks said in the memo.

“Leaders at all levels have a responsibility to manage, understand, and responsibly share and protect data in support of our shared mission.”