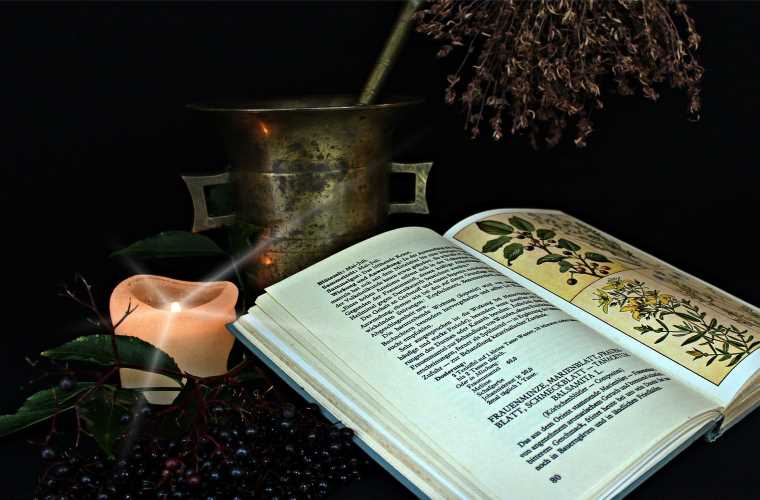 THOUSANDS OF YEARS OF DATA ON NATURAL MEDICINES

Since the dawn of psychiatric medicine, pharmacology has offered an ever-increasing array of prescription medications to treat folks suffering from things like depression, bipolar disorder, ADHD, anxiety, and schizophrenia. Unfortunately, many benefits of these modern medications are tempered by their side effects. Also, some drugs simply don’t work for everyone.

Traditional medicine has offered natural treatments for these conditions for millennia, with varying degrees of success. Now, modern medicine has taken a giant step forward quantifying the positive and negative effects of these natural treatments, hoping to provide better information and more options to doctors and patients seeking relief from such mental health disorders.

FIRMER GUIDANCE ON EFFECTIVENESS AND DOSAGE

“Clinicians and the public often aren’t sure of what is effective and isn’t,” said Jerome Sarris, Professor of Integrative Mental Health at NICM Health Research Institute, Western Sydney University, and the chair of the task force in a press release announcing the new guidelines. “Our research and guidelines provide much more assurance based on the evidence, giving firmer guidance on effectiveness, dosage, population base for use, conditions, and special considerations,”

Commissioned by the World Federation of Societies of Biological Psychiatry (WFSBP) and the Canadian Network for Mood and Anxiety Treatments (CANMAT), 30 leading academics and clinicians from 15 countries compromised the task force.

That data was compiled and analyzed, resulting in the published guidelines.

“It is the world’s largest meta-synthesis in this field analysing top-tier evidence,” said Sarris, “from clinical trials and data worldwide, in over 10,000 individuals treated for psychiatric disorders.”

“Despite what some people may say or believe, there is actually a lot of high-quality evidence out there,” he added, “and the purpose of these guidelines were to provide a synthesis of this evidence as well as clinician input to provide definitive practice guidelines.”

Of course, just like prescription medications, the results of the analysis were mixed.

For instance, the herbal supplement St. Johns Wart effectively treated generalized mood disorders all by itself, while omega-3 fatty acids were shown to be helpful when adjunctive (added to) prescription antidepressants. On the other hand, folic acid, inositol, and magnesium showed no benefit even though natural medicine advocates often recommended them for these conditions.

For the treatment of anxiety disorders, the survey found that “adjunctive (with medications) or monotherapy (used alone) ashwagandha and lavender are provisionally recommended.” Conversely, their analysis determined that “monotherapy use of kava (a popular naturopathic sedative) in generalised anxiety disorder showed no efficacy and thereby cannot be recommended for this specific application.”

The analysis also found a positive effect on schizophrenia via the nutraceuticals N-acetyl cysteine (NAC) and methyl folate. Conversely, oft-recommended omega-3 fatty acids “showed no efficacy in schizophrenia and thereby cannot be recommended for this condition.”

Last, selected micronutrients including vitamin D showed some help with ADHD. But the often recommended supplements omega-9 fatty acids and Acetyl-L carnitine “showed no efficacy and thereby cannot be recommended in ADHD.”

The researchers behind the new guidelines note that additional study into the benefits of non-prescription alternatives for mental health disorders is still needed. However, they believe that this latest analysis is a huge first step for doctors, patients, and future researchers hoping to find the most effective and least destructive options for treatment.

“The use of alternative and complementary therapies by the public has grown exponentially in recent years,” said senior leadership team member of the task force and co-author Dr. Arun Ravindran, a Professor of Psychiatry at the University of Toronto. “Patients often expect physicians to prescribe them appropriately and safely. These guidelines from a global panel of opinion leaders will serve as a user-friendly resource for both physicians and consumers.”

“I prescribe several of these therapies in my practice, which includes many people who have not obtained benefit from approved treatments,” added study co-author and Harvard Medical School Professor of Psychiatry Dr. David Mischoulon, the Director of Depression Clinical Research Program at Massachusetts General Hospital. “But I always make sure to have a careful discussion with the patient about the known and potentially unknown risks and benefits. I also advise that individuals with more serious psychiatric conditions who are interested in using these natural remedies preferably do so under the supervision of a qualified clinician.”