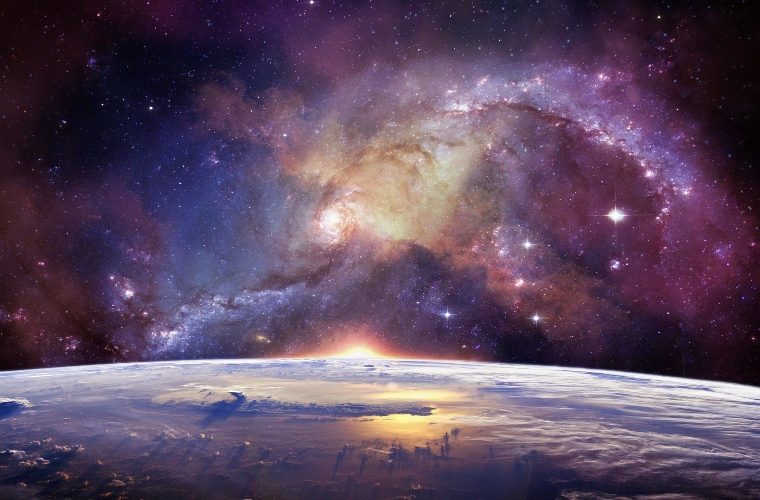 Most of The Universe is Invisible: Here’s What You Need to Know about what You Can’t See

Pretty much all of us have seen a picture of the electromagnetic spectrum at one time or another (probably featured on a tatty poster hanging on the wall of our high-school physics classroom). The basic idea is simple: the light we can see with our eyes is just a tiny part of a much broader electromagnetic tapestry. Radio waves, X-rays, and infrared radiation all co-exist alongside visible light – the only real difference is that our eyes can’t see them.

It wasn’t until I was well into my career as a professional astronomer that I realized something deeply remarkable about the spectrum. Calling visible light a ‘small part’ of the whole is underselling it. The light we see with our eyes represents a vanishingly insignificant fraction of all the electromagnetic information that is out there.

Here’s one way to describe it. Imagine the familiar rainbow of the visible spectrum projected on the floor in front of you. We’ll say it’s a meter long, stretching from red to violet. The difference in wavelength between blue light (380 nanometers) and red light (700 nanometers) is 320 nanometers: this spectral distance makes up the meter-long rainbow on the floor. Now we’re going to take a walk past the rainbow and measure the length of the ‘infrared’ spectrum as we go. One step past red light takes us to an infrared wavelength of around 1000 nanometers (or ‘one micron,’ in the old-school units astronomers like to use). Another step takes us to 1.3 microns. Then 1.6. Just how much further does the infrared band stretch?

The answer is three kilometers. You’d have to walk for more than half an hour to traverse the infrared. Our visible meter of light looks rather puny in comparison!

And the infrared is not the end of the story, of course: the infrared gives way to microwaves and then radio waves, stretching into the distance across an almost endless electromagnetic landscape.

Now, realize that the information from the Universe is constantly raining down on us across that entire spectrum – but our eyes can only detect light from that tiny visible window. How much of the information are we missing? The answer, of course, is almost all of it.

This idea was the driving force that led me to write my new book, The Invisible Universe, which is a guide to all the weird and wonderful things in the Universe that we cannot see. So – what can’t we see?

Well, first of all, we can’t see anything that’s too cold. Of course, we can see cold things here on Earth, but that’s only because we are close to a star: we are used to seeing things by reflected light. In space, we generally have to rely on things making their own light. Stars, for example, are very hot and shine brightly at visible wavelengths (this is why these wavelengths became ‘visible’ in the first place… we live next to a star and evolved to detect the light it emits).

But most of the Universe – the enormous clouds of gas and dust between the stars – are hundreds of degrees below freezing and will be totally invisible to our eyes.

This isn’t to say they don’t shine, however. An often-unappreciated fact about our Universe is that all normal matter glows all the time. Matter glowing at many thousands of degrees Celsius will produce light we can see with our eyes; matter that is around room temperature will glow in the infrared, and matter which is close to absolute zero will glow in long-wavelength microwaves. (Physicists call this process ‘black body radiation,’ which I think just shows how terrible physicists are at naming things.)

When you heat an iron bar in a forge, it doesn’t ‘start glowing’ when it becomes red hot: it was glowing all along. The wavelengths it was emitting just got shorter and shorter as the metal got hotter until they became short enough to see.

When we look at the Universe in long-wavelength infrared light, we see a very alien cosmos. Stars are invisible, but all kinds of hidden objects are suddenly revealed. We see millions of brown dwarfs – a whole shadow population of ‘failed stars,’ just as numerous as their more famous luminous siblings. We see galaxies in the early Universe, which we didn’t even suspect existed until we looked with infrared eyes: they are so shrouded behind clouds of dust no visible light leaks out. We see baby solar systems being formed, their stars not yet ignited.

There is a catch, however. Infrared light is an incredible tool for understanding the Universe, but almost all of it is blocked by our atmosphere.

Water molecules absorb infrared photons – and our atmosphere contains something like a trillion trillion water molecules per meter squared. From the point of view of infrared light, the water in the air turns the atmosphere into a lead sheet.

We get around this by going to space. Starting with IRAS (the InfraRed Astronomical Satellite) in 1983, we have launched a fleet of instruments into orbit, all of which have transformed our understanding of the Universe. IRAS discovered a quarter of a million new stars, galaxies, and comets. Spitzer, launched in 2003, was the first telescope to see light from ‘exoplanets,’ planets orbiting other stars. Herschel, launched in 2009, discovered water in clouds forming future stars and planets.

The latest – and greatest – of these infrared explorers is the James Webb Space Telescope, which is scheduled to launch on December 18th, 2021. If all goes well, Webb will probe further and deeper into our cosmos than ever before and reveal even more of the invisible Universe. I cannot wait.

Dr. Matt Bothwell is a Public Astronomer at the University of Cambridge and a science communicator who gives astronomy talks and lectures on almost any area of astronomy and makes regular media appearances (including local and national TV and radio). When he is not doing outreach, Matt is an observational astronomer, who uses a range of state-of-the-art observing facilities to study the evolution of galaxies across cosmic time. His first book The Invisible Universe: Why There’s More to Reality That Meets the Eye is out on December 7th from Oneworld Publications.