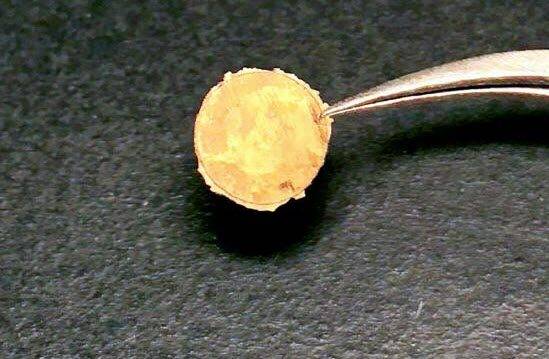 In a paper published by researchers at Brown University, nanotechnology is may now be utilized to produce better and stronger metals.

From the first ironsmiths to modern-day fabricators, folks who work with metals have found countless ways to make them harder and harder. Whether hammered, twisted, or even smashed by industrial-strength presses, all processes achieve that result in the same fundamental way, by breaking up the small grain structures that compose the original material. That’s because, in metals, smaller grains equal stronger material. All past and present methods have their limits, leaving future dreams of even tougher metals to a growing field of advanced materials scientists.

By taking tiny nanoclusters of base metals and smashing them together, the team achieved macro-scale pieces of usable metals and maintained some remarkable properties. The most impressive? Mechanical testing of those macro-size metals revealed them to be up to four times stronger than naturally occurring metals without losing any of their other typical properties like malleability or conductivity.

Explaining the advantage of his team’s bottom-up process, as opposed to staring with a macro-size piece of metal and smashing its grains using conventional methods, Ou Chen, an assistant professor of chemistry at Brown and author of the paper said: “Hammering and other hardening methods are all top-down ways of altering grain structure, and it’s very hard to control the grain size you end up with. What we’ve done is create nanoparticle building blocks that fuse together when you squeeze them. This way, we can have uniform grain sizes that can be precisely tuned for enhanced properties.”

Typically nanoscale metal particles are covered with organic compounds known as ligands. These hard-to-remove compounds prevent the particles from joining together to make a larger piece of usable metal. For their research, Chen’s team employed a chemical wash to strip these ligands away first, allowing their particles to join together successfully and at pressures well within those readily available on standard industrial equipment, ultimately forming a stable yet much harder material.

The extensively published group sees a lot of potential in this process, but one particular application brings back memories of the cinematic classic Star Trek IV: The Voyage Home. It is a material known to researchers as amorphous metal, or more commonly, “Metallic Glass.”

As Chen’s paper points out, “Making metallic glass from a single component is notoriously hard to do, so most metallic glasses are alloys. But we were able to start with amorphous palladium nanoparticles and use our technique to make a palladium metallic glass.”

In reality, metallic glass merely refers to the amorphous crystalline structure of the metal as opposed to any real transparency, which it most definitely does not have.

This type of material does, however, offer a range of unique properties, including the extreme hardness highlighted by the Brown University team, easier malleability, and even superconductivity at extremely low temperatures.

In the end, and “transparent aluminum” notwithstanding, Chen envisions industrial and commercial applications, even scaling the process up to make ultra-hard coatings or actual industrial components.

It is a modern approach to an age-old problem and one at the forefront of meta-material technology. Scientists like Dr. Chen and his team are starting to build those advanced materials at increasingly smaller and smaller scales. In this case, one tiny, nano-sized piece at a time.