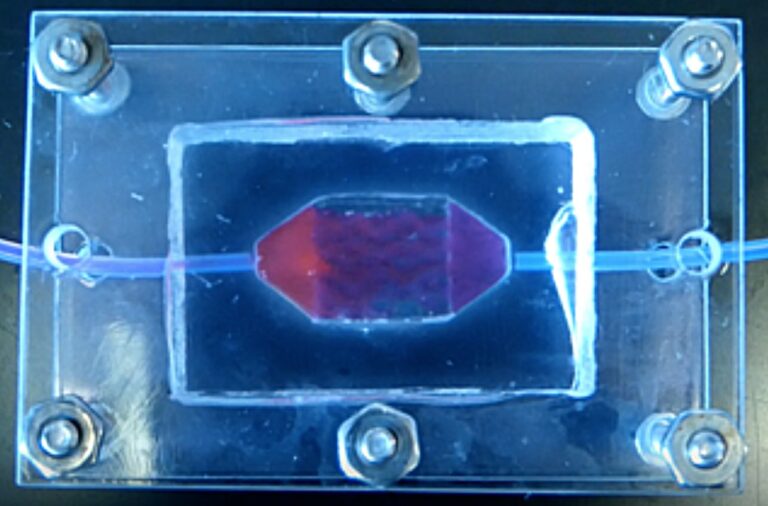 NASA has announced a pair of winners in its Vascular Tissue Challenge, both of whom succeeded in creating functional human liver tissue using 3D printing technologies.

The winning tissue samples were both produced by teams at the Wake Forest Institute for Regenerative Medicine in North Carolina and were able to remain functional for 30 days.

A part of NASA’s Centennial Challenges Program, the program is a joint effort with the Methuselah Foundation and its New Organ Alliance, a nonprofit effort to “advance the field of regenerative medicine through a new prize competition.”

NASA hopes that the production of vascularized tissue models capable of functioning as “organ analogs” will make them ideal for research into the effects of deep space on human tissue. The space agency hopes to be able to find ways to prevent damage to cells from a variety of things astronauts may encounter, including exposure to radiation.

“Studying these effects will help create ways to mitigate negative effects of space travel on humans during long duration, deep space missions,” read a NASA statement on the challenge. “On Earth, the vascularized tissue could be used in pharmaceutical testing or disease modeling. The challenge also could accelerate new research and development in the field of organ transplants.”

The two teams, Winston and WFIRM, were both successful in producing human liver tissues capable of sustaining function similar to how actual living human tissue within the body does.

The actual lab-grown tissue produced a one-centimeter cube of material made with the help of 3D printing techniques. The tissue was constructed using a unique process that involved the creation of molds comprised of a gel-like structure, which were combined with a network of channels built to help sustain the tissues. Maintenance of the tissue was achieved through the channels by supplying oxygen and nutrients over the 30-day trial period, according to the rules of the NASA challenge.

The first successfully completed tissue sample trial was achieved by Team Winston, which will receive $300,000 of the allotted prize amount. In addition to the award, the team will also be provided an opportunity to conduct future research aboard the International Space Station U.S. National Laboratory.

In second place, team WFIRM will receive $100,000 for their achievement, with an additional $100,000 yet to be awarded to one of two teams that are still vying for similar results.

NASA associate administrator for space technology Jim Reuter expressed excitement following the announcement of the success of the two teams, along with a degree of surprise.

“I cannot overstate what an impressive accomplishment this is. When NASA started this challenge in 2016, we weren’t sure there would be a winner,” Reuter said.

“It will be exceptional to hear about the first artificial organ transplant one day,” Reuter added, expressing his hope that “this novel NASA challenge might have played a small role in making it happen.”

However, challenges of a new kind await the teams as they continue to test the functionality of the samples, according to Lynn Harper, challenge administrator at NASA’s Ames Research Center in California’s Silicon Valley.

“The value of an artificial tissue depends entirely on how well it mimics what happens in the body,” Harper said in a statement. “The requirements are precise and vary from organ to organ, making the task extremely exacting and complex. The research resulting from this NASA challenge represents a benchmark, a well-documented foundation to build the next advance upon.”