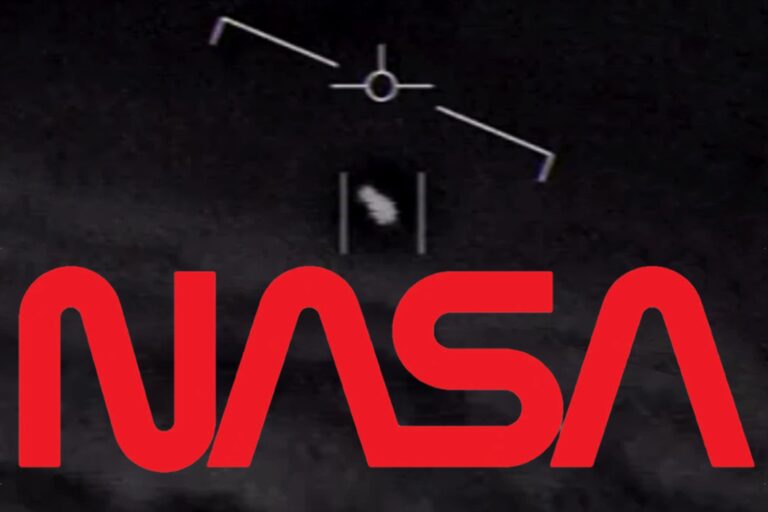 
The U.S. space agency says its study of UAP will begin in late 2022, with the complete results "made available to the public."

NASA has announced new plans to commission a study team to investigate unidentified aerial phenomena (UAP), according to agency officials who spoke during a press conference on Thursday.

The study, which is set to begin in the fall of 2022, “will focus on identifying available data, how best to collect future data, and how NASA can use that data to move the scientific understanding of UAPs forward,” according to a statement online.

The research effort was announced just days after news reports indicating that NASA would be the latest government agency to weigh in on the scientific implications, as well as potential aviation risks, posed by UAP.

The space agency defines UAPs as “observations of events in the sky that cannot be identified as aircraft or known natural phenomena,” emphasizing that its own studies of these phenomena are to be “from a scientific perspective.”

“NASA’s mission is of course to explore the unknown in air and space,” says Thomas Zurbuchen, associate administrator of the agency’s Science Mission Directorate, who during a call on Thursday added that the space agency’s study of UAP falls well within the purview of NASA’s overall goals.

“The study will focus on identifying available data, how to best collect future data, and how NASA can use these data to move the scientific understanding of UAPs forward,” Zurbuchen said.

Also joining Zuburchen during Thursday’s call was David Spergel, president of the Simons Foundation who will lead the NASA study, and Daniel Evans, SMD assistant deputy associate administrator for research.

Spergel called the forthcoming study “a really exciting project,” adding that “the most exciting things in science are things that we don’t understand.”

“There are phenomena that we don’t understand,” Spergel said, expressing that NASA plans to work with government agencies, civilian nonprofit groups, and others to attempt to gather the best data for use in the study.

“We want to start by synthesizing the data we have and see what information we have, and what information we need,” said Spergel, who also emphasized that the space agency endeavors to conduct “an open inquiry that we hope will advance our understanding.”

Evans evoked NASA’s long history of engaging with some of nature’s most perplexing mysteries, making it an ideal agency to lead an effort to openly and transparently evaluate unusual aerial phenomena.

“NASA is uniquely positioned to study UAP,” Evans said. “Because who other than us can release the power of data and science with what’s happening in our skies?”

“Quite frankly, this is why we do what we do.” Evans added, also noting that a full report of NASA’s findings will be delivered to the public once the study is completed.

“Very much consistent with our principles of openness, transparency, and scientific integrity, the full report will be made available to the public,” Evans said, also stating that a public meeting to discuss the findings would likely be held.

Zurbuchen also addressed the attitudes of dismissal and ridicule that seem to prevail with the UAP subject, even despite increased attention it has received from the Pentagon in recent years.

“It’s clear that in a traditional kind of science environment, kind of talking about some of these issues may be considered selling out, or kind of talking about things that are not actual science. I just really vehemently oppose that,” Zurbuchen said, adding that “I really believe that the quality of science is not only measured by the outputs that come behind it but also the questions we’re willing to tackle.” 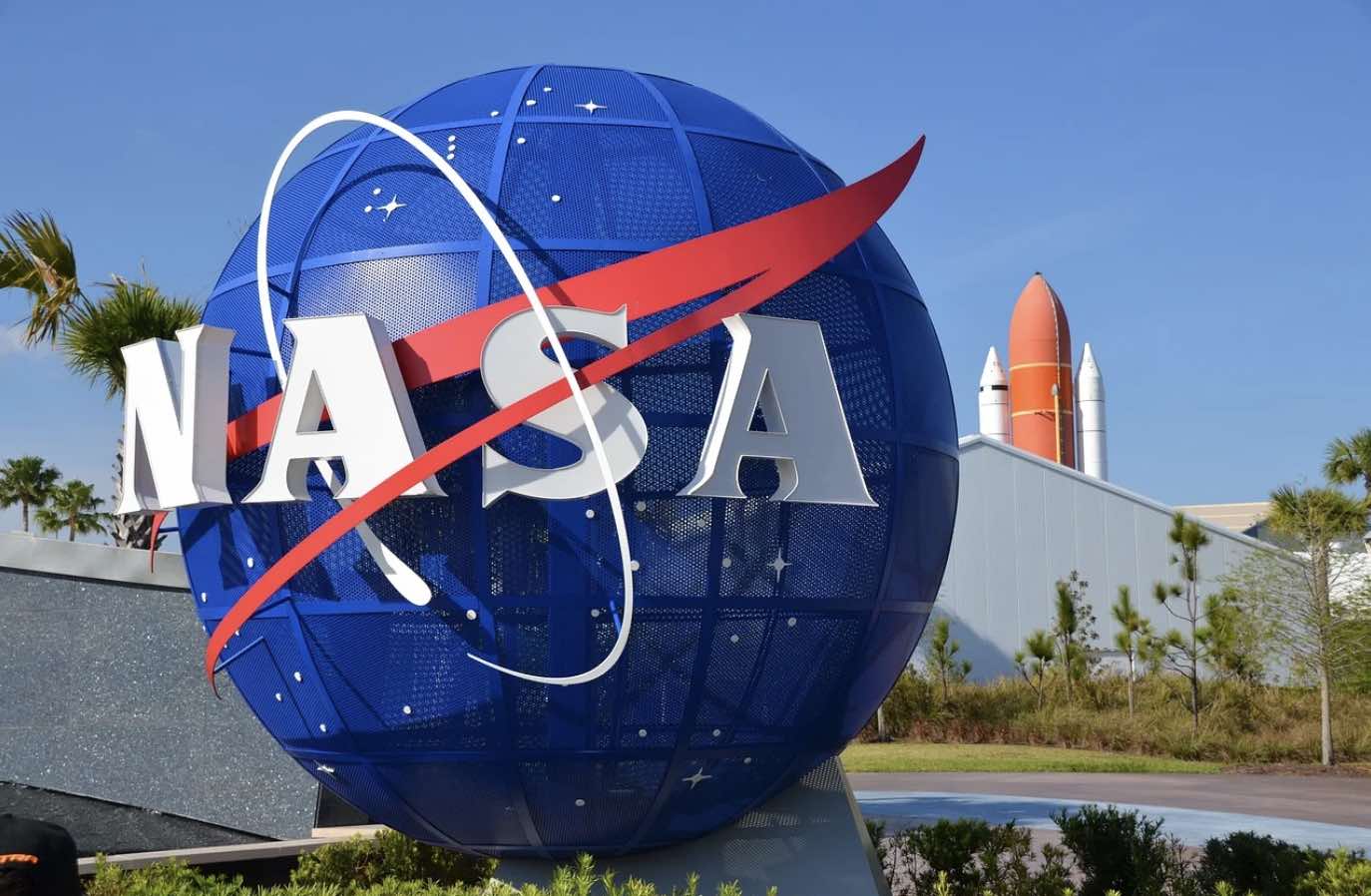 Similar sentiments about openness to new scientific possibilities were expressed by Evans, as well as the notion that there may be several phenomena within the context of UAP studies that should be examined.

“We should be open to the idea that we’re looking at several different phenomena,” Evans said. “There’s a pretty wide range of what might be accounting for these events,” although he added that he has “not looked at all of the data that’s available.”

When asked about NASA’s budget allocation for this fall’s UAP study, Evans said that NASA plans to allocate “between a few tens of thousands of dollars,” but “certainly not more than 100k.”

Whether or not the study will produce conclusive results about the nature and origins of UAP is another question, which Evans made a point to emphasize.

“At the end of the day we may conclude that we still don’t understand many aspects of [UAP],” Evans added.

Responses to NASA’s call on Thursday drew attention from other proponents of science applied toward UAP studies, including the Scientific Coalition for UAP Studies (SCU), a nonprofit organization composed of professionals from a number of disciplines whose aim is to study these phenomena.

“NASA’s media presentation displayed an open minded, scientific approach to the UAP issue,” said SCU Executive Board Member Robert Powell in an email to The Debrief. “Their involvement helps bring mainstream science to bear on a resolution to this enigma and as they rightly pointed out, could be due to multiple causes.”

While commending NASA’s willingness to become involved with the UAP issue, Powell also told The Debrief that he would like to see involvement from scientists outside of the space agency, some of which have already collected data that may be useful in the NASA study set to begin later this year.

“The SCU would urge NASA’s study team to begin by reaching out to other scientists and scientific organizations that have already begun studying the UAP issue,” Powell says. “Examine what is already known.”

Powell believes that his organization may be among those organizations capable of providing such data.

“The Scientific Coalition of UAP Studies can provide NASA with information gleaned from projects that have already been initiated in the study of this phenomena,” Powell told The Debrief.

Chris Impey, a University Distinguished Professor with the Department of Astronomy at the University of Arizona, Tucson, also expressed interest in NASA’s forthcoming study.

“NASA has many experts on aircraft, spaceflight, and advanced technologies, so they are well-placed to gather high
quality data and interpret it thoroughly but skeptically,” Impey told The Debrief in an email.

Impey also emphasized NASA’s reputation as a government agency known for its transparency.

“Also, NASA has high public respect as an independent and transparent government agency,” Impey said. “In David Spergel, they have picked a senior and highly accomplished astronomer to lead the study. They start their project with open minds.”

However, Impey also believes NASA will have to carefully navigate the hurdles associated with a topic that has long been a subject of ridicule, in addition to being rife with conspiracy theories.

“They will have to navigate waves of interest from UFO acolytes, conspiracy theorists, and people who are convinced
they already know the answer,” Impey told The Debrief. “There will be criticism, some of it reflexive and unconsidered. At a cost of under $100k, they can tell people it’s a small price to pay to potentially answer one of the biggest mysteries in science.”

Throughout Thursday’s call, it seemed evident that Zurbuchen also expects NASA’s forthcoming UAP study to generate some of the controversy Impey alludes to.

“In some domains this will not be met with utter enthusiasm,” Zurbuchen said at one point, acknowledging the issues scientists who engage with the UAP topic still face. When asked about whether some UAP might have exotic origins, Zurbuchen was quick to point out that he was unsure, while acknowledging that unknown factors in the study of UAP are part of the scientific process.

“If somebody asks me, do I really think that there is evidence for intelligent life here,” Zurbuchen said, “I would give an answer that is absolutely acceptable as a scientist: I don’t know.”

“I think additional data will really bring us to learning a lot more. How much closer we get to answering that question… is something we don’t know yet.”

“We need to do the research before we can answer that.”

This article was updated to include statements from Arizona astronomer professor Chris Impey and SCU Executive Board Member Robert Powell, an organization of which the author is also a member.