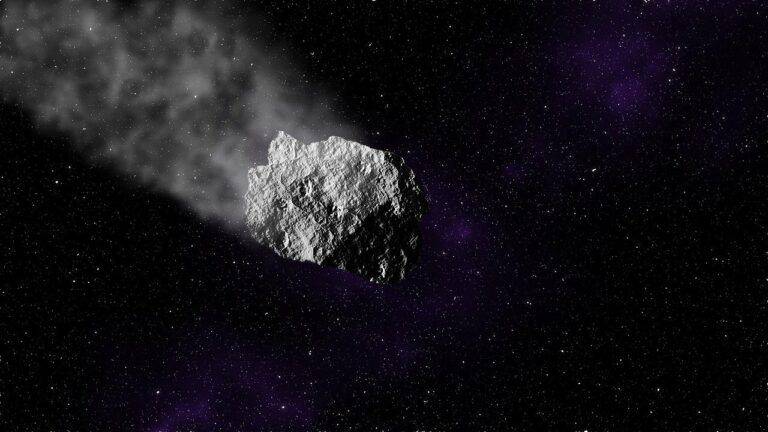 Roughly 370 meters in diameter, Apophis, named after the Egyptian god of chaos, was first discovered in 2004. Initially, astronomers estimated that there was a 2.7 per cent chance it would hit the Earth in 2036.

Those estimates are now in serious question.

David Tholen, an astronomer at the University of Hawaii, reported to his peers during a virtual meeting of the American Astronomical Society’s Division for Planetary Sciences that Apophis may collide with Earth in 2068. Tholen and his team explained that the asteroid’s path is being affected by the Yarkovsky effect. Light from the Sun strikes one side of the asteroid as it travels through space. As heat radiates away from Apophis, a small amount of energy pushes back against the asteroid, making it turn slightly. While the force generated by the Sun’s light is minuscule, the vast distance and speed at which Apophis travels can make a literal world of difference. Tholen’s team calculated that the Yarkovsky effect is causing Apophis to drift by about 170 meters per year. Using the asteroid’s known orbital path, Tholen calculates that this drift is causing Apophis to move much closer to Earth than previously estimated.

“Multiple parties have been computing the effect using the data available to them, which amounts to about 4500 observations spanning 16 years…,” Tholen told The Debrief in an interview. The issue for astronomers was that a lot of the data concerning Apophis was unknown, and the margins of error were high. Tholen and his team collected significantly better data this year using the Subaru Telescope in Hawaii and developed a considerably better understanding of the asteroid’s path.

OUTLOOK: It Isn’t Over Until It’s Over

Tholen explained that Apophis would be a safe distance away from Earth when it passes in 2029 and 2036, but the pass in 2068 may be a little too close for comfort. Apart from that 170-meter annual drift, Tholen and his team also have to consider how the Earth’s gravitational pull will also affect the asteroid’s path. As they stand currently, the numbers seem to indicate that Apophis is slowly drifting closer to striking distance. Astronomers are waiting for Apophis to pass in 2029 before any actual conclusions can be drawn. If it does strike the planet, it would leave a six kilometer crater effectively throwing a catastrophic amount of ash into the atmosphere.

“Assuming we get radar data during the close approach, the flyby distance ought to be nailed,” he explained. “We then simply extrapolate that orbit forward in time for the next few hundred years.”

“The chances of dying in an automobile accident are higher than dying in an Apophis impact,” Tholen stated. Tholen explained that people don’t need to worry about it yet.