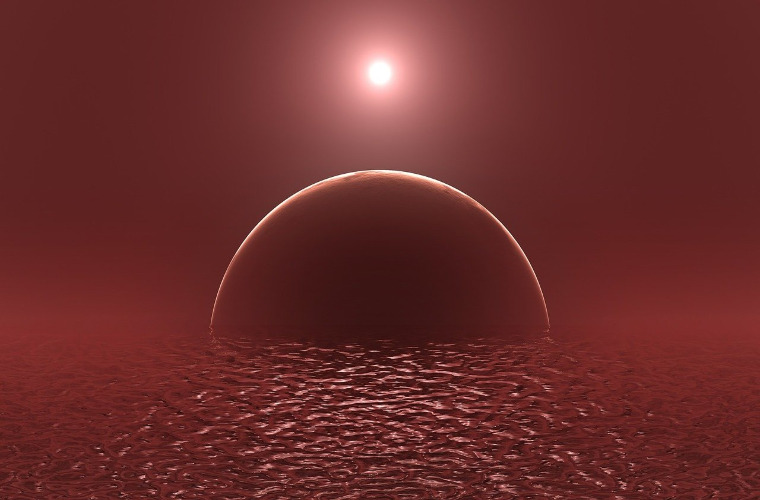 A research team from the University of Cambridge has identified a whole new exoplanet class that they believe makes excellent targets for the search for extraterrestrial life.

In the search for signs of extraterrestrial life, astronomers and astrobiologists have focused most current efforts on Earth-like planets found within their host star’s habitable zone, the orbital range where water could theoretically exist on a rocky planet’s surface. Such studies are relatively new and expect to get a much-needed boost when the National Aeronautics and Space Administration (NASA) launches the James Webb Telescope (JWT) later this year.

To expand the number of candidate planets to be studied by the JWT, the researchers have targeted a new type of planet that could house life.

Dubbed “Hycean” planets, they are hot, ocean-covered worlds with thick Hydrogen atmospheres (hence the name), and as such, they are notably different from Earth.

“It’s exciting that habitable conditions could exist on planets so different from Earth,” added co-author Anjali Piette, also from Cambridge.

Expanding the set of targets to include these Hycean planets, the press release announcing the team’s research states, “could mean that finding biosignatures of life outside our Solar System within the next two or three years is a real possibility.”

Background: What is a “Hycean” planet?

Since discovering the first exoplanet in 1992, scientists and researchers have been clamoring to study these alien worlds for potential signs of extraterrestrial life.  Unfortunately, most proposed studies require newer and better equipment than currently available due to the vast distances between Earth and pretty much all candidate planets. Furthermore, by restricting searches to planets that are both Earth-like and in their host star’s habitable zone, precious few of the 4,000 plus exoplanets discovered thus far can meet the criteria.

According to the Cambridge team, that’s mainly because most exoplanets spotted by astronomers fall between the sizes of Earth and Neptune, leading those same researchers to refer to them as “super Earths” of “mini-Neptunes.” Such planets, the press release says, “can be predominantly rocky or ice giants with hydrogen-rich atmospheres, or something in between.”

Previous studies have indicated that the pressure and temperature beneath these planet’s hydrogen-rich atmospheres would simply be too high to support life as we know it. However, based on their latest research published in the current edition of The Astrophysical Journal, the Cambridge team is challenging that previous finding.

To test their hypothesis, Dr. Madhusudhan and his team focused their efforts on a previously detected mini-Neptune known as K2-18b. Sure enough, their analysis found that a planet like this could support life under the right conditions. This exciting and tantalizing result, the release says, “led to a detailed investigation into the full range of planetary and stellar properties for which these conditions are possible, which known exoplanets may satisfy those conditions, and whether their biosignatures may be observable.”

Of course, the team cautions, even these planets need to meet much of the same criteria set aside for studying Earth-like worlds.

First, researchers must determine whether or not a planet is in its host star’s habitable zone. Once that is confirmed, the planet’s atmosphere needs to be scanned for molecular signatures that would allow researchers to infer the planet’s internal structure.

According to the Cambridge study, that structure, along with the right conditions in the atmosphere itself, govern whether or not surface conditions will allow for the presence of oceans, and “ultimately of microbial life.” However, the research team explains, if these conditions are met, the planet’s atmosphere could then be scanned for the same biomarkers around Earth-like planets, namely oxygen, ozone, methane, and nitrous oxide.

“There are also a number of other biomarkers, such as methyl chloride and dimethyl sulphide,” the release adds, “that are less abundant on Earth but can be promising indicators of life on planets with hydrogen-rich atmospheres where oxygen or ozone may not be as abundant.”

According to the Cambridge study, a large number of Hycean planets are bound to meet these criteria. And due to their greater mass, they are also easier to detect and study.

“Essentially, when we’ve been looking for these various molecular signatures, we have been focusing on planets similar to Earth, which is a reasonable place to start,” said Madhusudhan. “But we think Hycean planets offer a better chance of finding several trace biosignatures.”

The Cambridge team’s research paper also points out that “planets of this size dominate the known exoplanet population,” but until now, “they have not been studied in nearly as much detail as super-Earths.”

“Hycean worlds are likely quite common,” the release states, “meaning that the most promising places to look for life elsewhere in the Galaxy may have been hiding in plain sight.”

Like others in this budding field of research, the Cambridge team is anxiously awaiting the (planned) November 2021 launch of The James Webb Telescope. In the meantime, they have identified a list of candidates ripe for this type of research. As expected, all are Hycean planets, and all orbit red dwarf stars between 35-150 light-years away, a distance the release notes is “close by astronomical standards.”

Finally, the Cambridge team hopes that once the JWT is pointed at their original and best mini-Neptune candidate K2-18b, a mission already planned for the next-generation space observatory, it may detect one or more of those biosignatures rather quickly.

“A biosignature detection would transform our understanding of life in the universe,” said Madhusudhan about the possible discovery. “We need to be open about where we expect to find life and what form that life could take, as nature continues to surprise us in often unimaginable ways.”