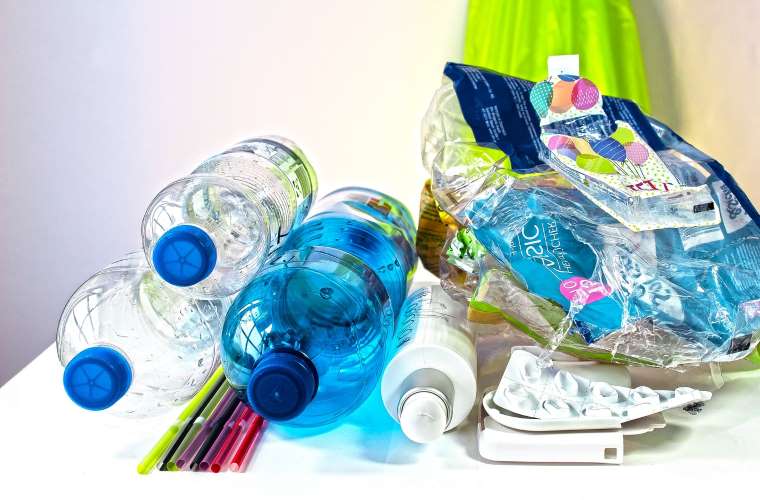 Researchers at the Massachusetts Institute of Technology (MIT) have created a new material that is stronger than steel but made out of plastic, which is exceptionally lightweight and easy to use. Once thought impossible to manufacture, the unique polymer could revolutionize the entire meta-materials industry across a wide range of potential applications.

PLASTIC ONLY FORMS IN CHAINS, NOT SHEETS

Polymers, a material category that includes all plastics, are made of tiny building blocks known as monomers. These monomers typically form in a chain, creating a base material that can be shaped into all sorts of polymer-based products, including things like plastic cups or water bottles. However, monomers’ propensity to attach themselves to each other in a one-dimensional chain formation has greatly limited their applications.

Now, the MIT research team has taken a new approach, resulting in a two-dimensional polymer sheet with an impressive range of properties and seemingly endless potential applications.

IMPOSSIBLE PLASTIC IS LIGHTER THAN STEEL BUT TWICE AS STRONG

“Polymer scientists have long hypothesized that if polymers could be induced to grow into a two-dimensional sheet, they should form extremely strong, lightweight materials,” explains the press release announcing the breakthrough material. “However, many decades of work in this field led to the conclusion that it was impossible to create such sheets.”

That’s primarily because of the way monomers self-construct into 1-dimensional chains. Another limitation was that if even one monomer rotated up or down in the assembly process, the material would suddenly begin to expand in three dimensions, ending the dreams of a 2D material.

However, according to the study published in the journal Nature, the MIT team developed a whole new polymerization process that allows the monomers to self-assemble into a two-dimensional sheet, much like other cutting edge meta-materials (think graphene). This new process results in a two-dimensional material they have dubbed a polyaramide.

“Instead of making a spaghetti-like molecule, we can make a sheet-like molecular plane, where we get molecules to hook themselves together in two dimensions,” said the study’s senior author Michael Strano, a Professor of Chemical Engineering at MIT. “This mechanism happens spontaneously in solution, and after we synthesize the material, we can easily spin-coat thin films that are extraordinarily strong.”

Furthermore, the researchers note because the new material self-assembles, it can be scaled up to large quantity production simply by increasing the amount of starting materials.

“With this advance,” said Strano, “we have planar molecules that are going to be much easier to fashion into a very strong but extremely thin material.”

The research states that the new poyaramide, known as 2 DPA-1, has an elastic modulus (the amount of energy needed to deform the material) four to six times greater than bulletproof glass. The team also determined that the yield strength, which is the force necessary to break the material, was twice steel, even though the material’s density was only about one-sixth of steel. Finally, the team determined that the new material is impermeable to gases since it forms a sheet without gaps large enough for molecules to pass through.

“This could allow us to create ultrathin coatings that can completely prevent water or gases from getting through,” said Strano. “This kind of barrier coating could be used to protect metal in cars and other vehicles, or steel structures.”

2D POLYMER COULD ONE DAY REVOLUTIONIZE THE CONSTRUCTION INDUSTRY

Once thought impossible to create, this new two-dimensional plastic sheeting has several potential applications. In the short term, these include things like using 2 DPA-1 as a coating for cell phones or other small devices. However, the researchers behind the super-strong, ultra-light material think it could be applied to much larger projects, potentially the construction of bridges or even buildings.

“We don’t usually think of plastics as being something that you could use to support a building, but with this material, you can enable new things,” said Strano. “It has very unusual properties, and we’re very excited about that.”