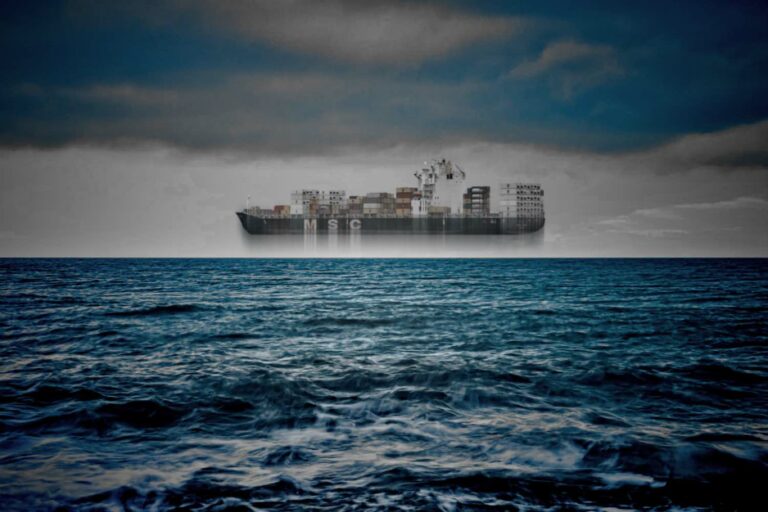 Off the Chilean coast in the country’s Los Lagos Region lies Chiloé, one of the largest of the islands in archipelago from which the island borrows its name.

The island is home to many unique traditions, among which are the tales of Caleuche, a ghost ship which sailors and fishermen along the coast have long told of. According to various retellings of the Caleuche legend, the ship is believed to be the vessel of a ghostly crew of drowned seamen, who were retrieved after their death by mythical beings said to live beneath the Pacific waters. Other versions of the story tell that Caleuche is crewed by men sailors who were captivated by its eerie music as the ghost ship sails past, drawing them to it and enslaving them.

In some accounts of the Chilean ghost ship, it is also said to be able to glide above the water, rather than sailing through it. The Chilean Caleuche bears notable similarity to the “Flying Dutchman,” an even more famous ghost ship which sailors long claimed to have seen sailing through the air above the ocean, often accompanied by unusual lights when observed at night.

While such stories have formed a significant part of maritime folklore over the centuries, it is likely that many of them have a basis in valid observations made by sailors.

In recent days a series of odd images captured by photographer David Morris of Falmouth, a coastal village town in Cornwall, England, have been making the rounds online. The images depict a ship looming against the horizon in the distance which, rather strikingly, appears to be hovering roughly twice the vessel’s height above the ocean surface.

The phenomenon depicted in the photographs was later explained by David Braine, a BBC News meteorologist who identified them as a superior mirage, the likes of which are more generally seen in Arctic waters.

According to Braine, such mirages are the result of “the weather condition known as a temperature inversion, where cold air lies close to the sea with warmer air above it.”

“Since cold air is denser than warm air, it bends light towards the eyes of someone standing on the ground or on the coast, changing how a distant object appears.”

Also known as Fata Morgana, in reference to the sorceress Morgan le Fay of Arthurian mythology, the superior mirage has been well documented in art and prose throughout the centuries. Greek historian Diodorus Siculus appears to have produced a written account of such a mirage seen in Africa as early as the first century BC. Five centuries later, Damascius would record observations of such a mirage at the Strait of Messina, a phenomenon which Walter Charleton would devote significant attention toward centuries later in 1654, with the publication of his Physiologia Epicuro-Gassendo-Charltoniana. A description of the mirages observed at the Strait of Messina would appear again in Edmund Burt’s Letters from the North of Scotland in 1818.

Arguably, one of the best descriptions linking the superior mirage with the notion of “phantom ships” appeared in Frank R. Stockton’s 1910 book Round-about Rambles in Lands of Fact and Fancy, where he wrote of sightings of a phantom ship which sailors claimed to see cruising above the horizon. As Stockton wrote of the incident, “news soon spread through the vessel that a phantom-ship with a ghostly crew was sailing in the air over a phantom-ocean, and that it was a bad omen, and meant that not one of them should ever see land again.

“The captain was told the wonderful tale,” Stockton’s account reads, “and coming on deck, he explained to the sailors that this strange appearance was caused by the reflection of some ship that was sailing on the water below this image, but at such a distance they could not see it.

The account continues, detailing the atmospheric conditions that are conducive to such maritime “phantoms,” which are actually the result of mirages:

“There were certain conditions of the atmosphere, he said, when the sun’s rays could form a perfect picture in the air of objects on the earth, like the images one sees in glass or water, but they were not generally upright, as in the case of this ship, but reversed—turned bottom upwards. This appearance in the air is called a mirage. He told a sailor to go up to the foretop and look beyond the phantom-ship. The man obeyed, and reported that he could see on the water, below the ship in the air, one precisely like it. Just then another ship was seen in the air, only this one was a steamship, and was bottom-upwards, as the captain had said these mirages generally appeared. Soon after, the steamship itself came in sight. The sailors were now convinced, and never afterwards believed in phantom-ships.”

The underlying cause behind the appearances of “phantom ships” has been well known for more than a century, as Stockton’s account details, and had likely been understood much longer if earlier historical accounts are taken into consideration. Despite this, the continuing appearances of superior mirages in modern times, as photos like those of David Morris show, easily convey why sailors had been so baffled by them throughout the centuries.