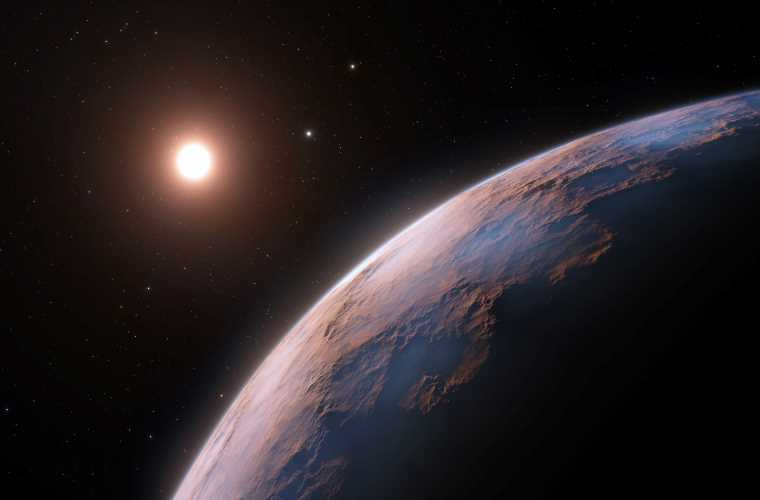 Scientists have detected signs of a third planet orbiting Proxima Centauri, Earth’s closest stellar neighbor. Evidence for this third exoplanet, which astronomers are tentatively naming Proxima d, was discovered while astronomers were trying to confirm the existence of Proxima b, a potentially habitable alien world was found in 2016.

Since humans first dreamed of venturing to the stars, Proxima Centauri has been a dream destination. That’s because it is “only” 4 and a half light-years away. Of course, current human technology can’t traverse that type of distance in anything less than thousands of years. However, the pace of innovation combined with several potentially feasible exotic propulsion concepts on the drawing board means that a trip to Proxima Centauri and its potential planets may not be that far in the future.

One potentially habitable exoplanet was already spotted in Proxima’s orbit back in 2016, a planet dubbed Proxima b when astronomers detected signs of a gravity-induced wobble in the host star. That telltale stellar shimmy indicated that a rocky exoplanet was orbiting the star at the exact right distance for liquid water to exist on its surface potentially.

Now, a team trying to confirm Proxima b’s existence say they have detected yet another signal, meaning our closest star system may have three planets in its orbit.

EFFORT TO CONFIRM PROXIMA B TURNS UP NEW EXOPLANET

To make the discovery, Faria and his team were searching the skies with the European Southern Observatory’s Very Large Telescope (VLT), hoping to confirm the original 2016 Proxima b detection. Surprisingly, along with the signal for Proxima b, they began detecting another gravitational force, also causing the star to wobble.

“It came as a surprise initially,” said João Faria, a researcher at the Instituto de Astrofísica e Ciências do Espaço in Portugal and lead author of the study in an interview for The Verge.

To confirm the potentially new planet, Faria and his team watched the star from 2019 through 2021. And sure enough, the initial readings seemed to be correct.

With results published in the journal Astronomy & Astrophysics, those two years of follow-up readings confirmed that there is likely a third planet hanging around Proxima Centauri. The readings also indicate it is smaller than Earth and probably orbiting around the same distance as Mercury orbits our Sun. This orbit is outside the star’s habitable zone, meaning that unlike its neighbor Proxima b, it is not as strong of a candidate in the search for extraterrestrial life.

In the published study, the authors note that they were able to add to the original data on Proxima b while also throwing this third planetary candidate into the mix. And although it is not high on the life-hunting list, the researchers say that the discovery of Proxima d adds to our overall body of knowledge on exoplanets.

“I think it helps us indeed understand planet systems as a whole or more,” said Faria. “The more we find, the more we can understand them.”