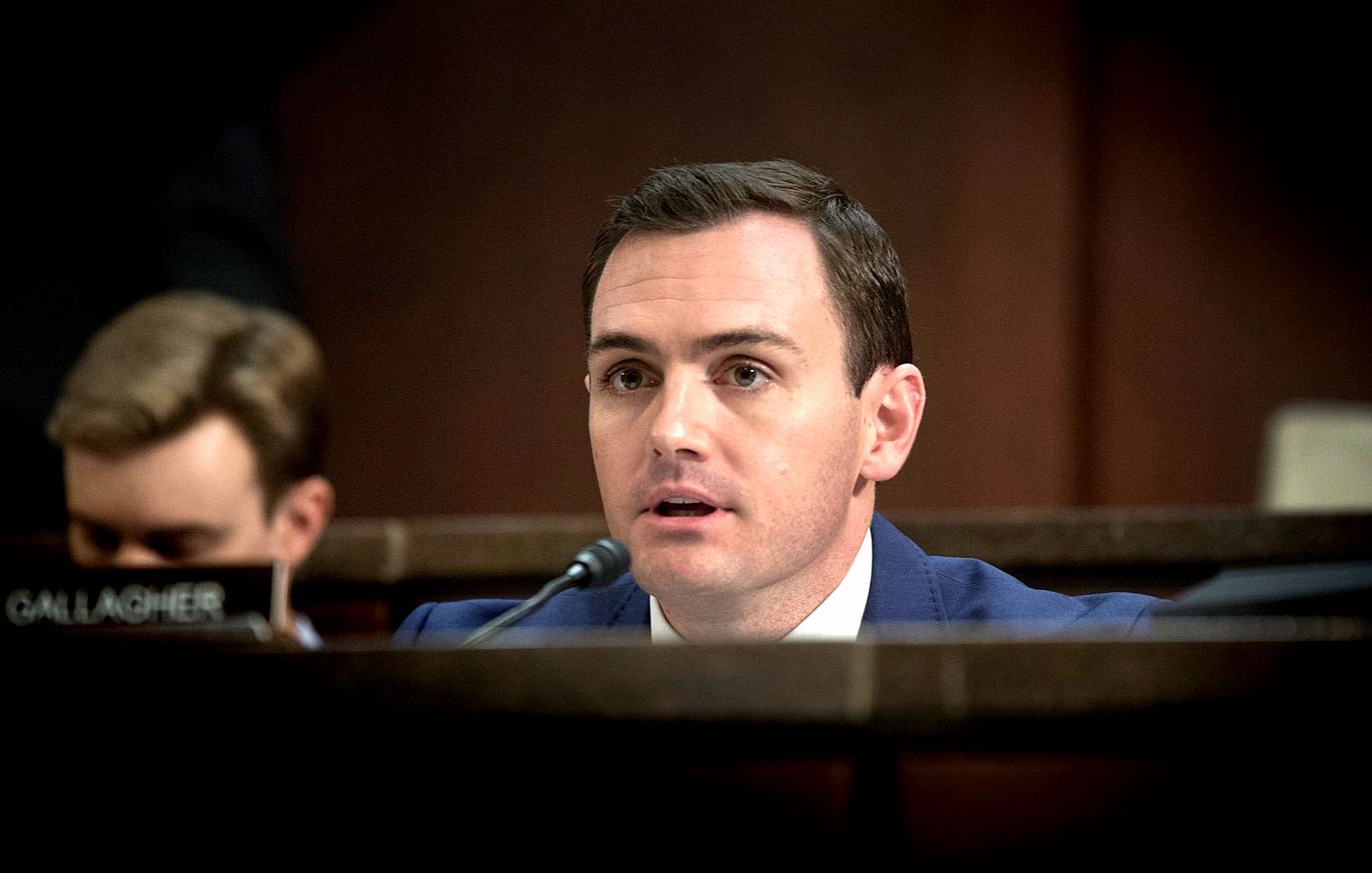 Lawmakers in Washington have once again introduced an unidentified aerial phenomena (UAP) Amendment for the forthcoming FY 2023 National Defense Authorization Act (NDAA), an annual piece of legislation that provides the budget for the Department of Defense.

Representative Mike Gallagher of the House Armed Services Committee has introduced an Amendment that builds on the historic gains passed in the FY 2021 NDAA when the UAP Task Force was established, and which mandated the reporting of UAP events.

Fundamentally, the new language proposed for inclusion in the 2023 NDAA focuses on reporting procedures related to UAP, along with ensuring transparency on information the Pentagon collects about unrecognized aerial objects encountered by members of the armed forces. The bill’s language calls for ensuring that data collected about UAP is shared with the UAP Task Force’s successor, the Airborne Object Identification Management and Synchronization Group (AOIMSG), as well as by offering protections for those who come forward with such information.

Among the key elements included within the bill’s language are takeaways that include:

Executive Order 13526: In December of 2009, President Obama issued Executive Order (EO) 13526, which revoked and replaced EO 13292 (amended March 2003) and became the latest order to outline how national security information would be classified, safeguarded, and ultimately declassified. An Executive Order is a directive by the President of the United States that has the effect of law.

EO 13526 kept in effect the long-standing levels of classification that included Top Secret, Secret, and Confidential. The authority to classify information is derived from the Order and is held by the President and Vice President, agency heads, and Government officials delegated with the authority to do so.  There are two methods for information to become classified:

Sec. 2.1 Derivative Classification – Would be the person who “reproduce, extract or summarize classified information” or generates products from a source that is already classified.  An example would be if a product is produced from a Top Secret source, then the product would then be classified at the same level as the source. (https://www.archives.gov/isoo/policy-documents/cnsi-eo.html Sec. 2.1)

Sec. 2.2 Original Classification Authority (OCA) – Would be a senior government official or the senior agency official with program or supervisory responsibilities can make an initial determination that information requires protections from unauthorized disclosure.

SF312: The Classified Information Nondisclosure Agreement Form SF312 is a contractual agreement between the cleared individual and the United States Government. Within the agreement, the signatory acknowledges that they are bound, have received, and understand the nature and need to protect classified information as well as the procedures to do so.

Furthermore, a breach of the agreement or unauthorized disclosure of protected information could result in loss of security clearance, assignment of all royalties resulting in the disclosure, and possibly criminal prosecution under Title 18 U.S. Code, Section 798.

Establish a System for Reporting: The Amendment introduced by Representative Mike Gallagher moves to address issues that have possibly been a hindrance to the disclosure of UAP-related incidents to the Unidentified Aerial Phenomena Task Force (UAPTF) or the “Office” and our elected officials of the various intelligence committees.

“The head of the Office, on behalf of the Secretary of Defense and the Director of National Intelligence, shall establish a secure system for receiving reports of

Should the Amendment become Law, the newly established system will continue to provide long-standing protections against unauthorized disclosure of “classified military and intelligence systems, programs, and related activity” to include all categories of special access and compartmentalized access programs.

Sharing of Information: The legislation continues to provide the UAPTF, or the Office with the ability to clear the bottleneck of reporting by allowing those with information, to directly provide it to those responsible for investigating UAP incidents.

“The system… shall provide for the immediate sharing with the Office personnel and supporting analysts and scientists of information previously prohibited from reporting under any nondisclosure written or oral agreement.”

An exception to sharing of information with the Office would be if the observed object and events were related to a Special Access Program (SAP) that has “explicitly and clearly” been reported to congress already.

Furthermore, the Gallagher Amendment directs the Secretary of Defense, Director of National Intelligence, Secretary of Homeland Security, and heads of other department agencies to search records for all related documents relating to witnesses of UAP and make them available to the Office with the records to be available for congressional committees no later than Sept. 30, 2023.

Protection From Liability, Prosecution and Reprisal: Reports made to UAPTF or the Office, which would previously have been prohibited as “knowing and willful transmittal of classified information to an unauthorized person” under Title 18, Section 798, will not be prosecuted as long as they are made in compliance with this Amendment.

The language drafted by Representative Gallagher not only protects witnesses that come forward from official sanctions and prosecutions but also extends that protection from workplace reprisals.

“An employee of a Federal agency and an employee of a contractor for the Federal Government who has authority to take, direct others to take, recommend, or approve any personnel action, shall not, with respect to such authority, take or fail to take, or threaten to take or fail to take, a personnel action, including the revocation or suspension of security clearances, with respect to any individual as a reprisal for any reporting as described…”

If a person of authority takes retaliatory actions against a witness, not only may the witness seek remedies such as injunctive relief, compensatory, and punitive damages in a civil suit, but the injured party may seek relief from the individual accused of conducting the reprisal.

Outlook: What the New UAP Legislation Means for 2023, and Beyond

In effect, this legislation would allow for witnesses or personnel, who have information or data at a higher classification level or SAP,  to provide members of UAPTF or the Office with data that UAPTF are not cleared for or “read-into.” Additionally, by doing so, witnesses or personnel, who would otherwise be breaching their NDA by disclosing information, will no longer be found to be in breach, and therefore are free from prosecution or sanctions.

A hypothetical situation that may arise from this could be as follows: An analyst, working with an intelligence agency (NRO / NGA / CIA / NSA etc), has data relating to UAP that is within a Sensitive Compartmentalized Information (SCI) program or Special Access Program (SAP) that the UAPTF or the Office members are not read into, and therefore do not have access to.

With the passing of the legislation discussed in the proposed NDAA amendment, that agency analyst will be able to disclose the data to UAPTF or the Office members without fear of violating their nondisclosure agreement or reprisal from their chain of command or employer.

The legislator’s intent is clearly put forth in this latest piece of drafted law contained within the Gallagher Amendment: Congress wants data shared with those tasked with investigating UAP and there will be no more hiding behind security classifications or NDAs.

Sean Munger is an attorney practicing law in Massachusetts and a Suffolk University Law School graduate. Munger also served as an intelligence analyst with the United States Marine Corps, and served with its Warfighting Laboratory and the 26th Marine Expeditionary Unit.