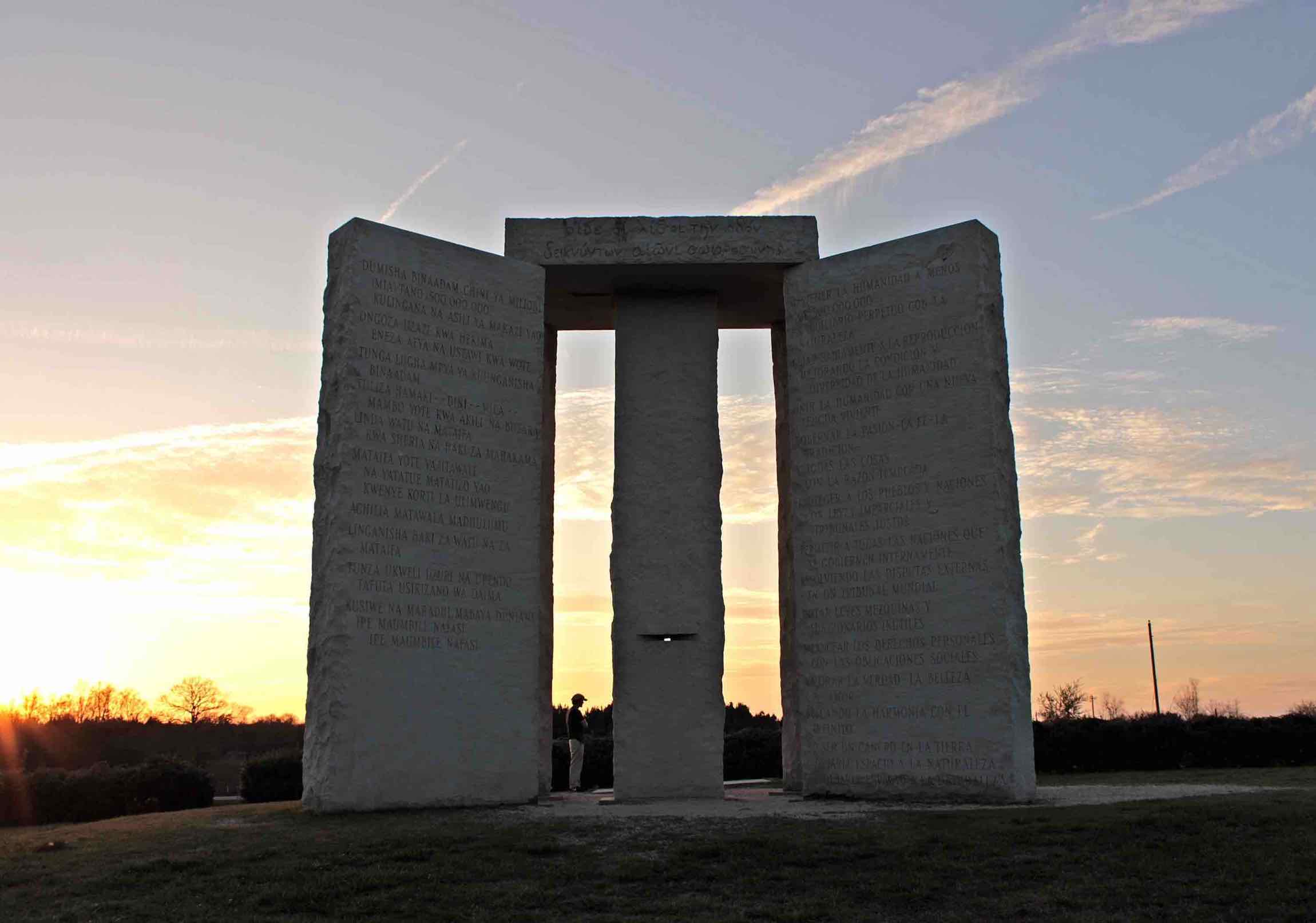 The Georgia Guidestones, a monument often referred to as “America’s Stonehenge”, were reportedly severely vandalized early Wednesday morning according to local news reports.

Located near Elberton, Georgia, the curious monument has long been a source of intrigue and speculation due to the content of messages that appear on its massive stone columns.

Authorities were seen at the site early Wednesday morning, where area residents reportedly heard an explosion at around 4 AM local time. Chris Kubas, the Executive Vice President of the Elberton Granite Association, was quoted by Fox 5 Atlanta saying that one of the primary wings or pillars of the monument was completely destroyed.

Photos online appeared to show a pile of rubble at the site, possibly indicating the complete destruction of one of the monument’s three primary columns, along with barricade tape around the location.

The Debrief reached out to the Georgia Bureau of Investigation (GBI) for comment on its involvement in the investigation into the apparent vandalism, and further asked for confirmation that a blast occurred, but did not receive a response as of the time of publication. (Update: A statement later issued by the GBI on Twitter confirmed the apparent explosion, as well as the destruction of the monument.)

(1/3) The GBI and Elbert County Sheriff’s Office are investigating an explosion that destroyed the Georgia Guidestones near Elberton, GA.

The preliminary information indicates that unknown individuals detonated an explosive device at around 4:00 a.m. on Wednesday, July 6th.

The Guidestones are composed of six large granite slabs, each weighing nearly 238,000 pounds and standing taller than 19 feet. Initially revealed to the public in 1980, the structure depicts a set of ten instructions presented as a guide for future humanity, which appears in eight different modern languages.

The structure was assembled by a local granite company in nearby Elberton, which had reportedly been commissioned by an individual known only by the pseudonym “Robert C. Christian.” References to themes including eugenics and population control that appear on the monument have caused the Guidestones to become a frequent focus of speculation and conspiracy theories over the years.

“Maintain humanity under 500,000,000 in perpetual balance with nature,” reads the first of the guidelines depicted in an English portion of the text on the monument. Other inscriptions include calls for guiding reproduction wisely, uniting humanity “with a living new language”, protections for people in all nations under “fair laws and just courts,” and the balance of “personal rights with social duties.”

In 2015, J. Michael Bennett, Ph.D., a chemist and independent researcher based near Nashville, Tennessee, reported that he had uncovered a series of construction documents related to the monument. Among these had been a unusually-worded document that appeared to shed light on the intent of the monument’s anonymous builder.

“Contained herein are keys that have been awaited to be placed here,” reads a portion of the document, “in proper sequencing and in proper order to announce the return and the activation of those events of prophecy that signal these events.”

“It has begun,” the peculiar document reportedly states.

“This monument known as the Georgia Guidestones shall find threads unto the revelation of its mystery in the name R. C. Christian, otherwise known unto that contingency that is responsible for the erection of this monument as Christian Rosenkranz.”

“This presentation of keys, upon the finding of it, is to be delivered to the Elberton Star,” the document states, referencing a local area newspaper. “The Elberton Star is to deliver it to the Atlanta Rosicrucian Society.”

Bennett, who followed up with what appeared to be a telephone number included in the document, found it to belong to the Rosicrucian Society of Atlanta. Bennett’s investigations into the mysterious origins of the Guidestones were the focus of the 2015 documentary Dark Clouds Over Elberton: The True Story of the Georgia Guidestones.

The recent apparent destruction of one of the monument’s stone pillars is only one of several vandalizations that have occurred at the site in recent years. Graffiti was found painted onto the monument in 2008 with calls for “Death to the new world order.” Again in September 2014, the FBI was contacted by the Elbert County Maintenance Department after similar graffiti had been discovered at the location.

In 2022, Kandiss Taylor, a minor candidate for the Republican nomination for Governor of Georgia, managed to stoke controversy when she claimed that the destruction of the Guidestones would be among her campaign pledges after referring to them as a “Satanic” landmark.

Several law enforcement agencies are currently investigating the Wednesday morning incident, with the addition of a bomb squad that was also reportedly called to the scene.

Following previous incidents involving vandalism in recent years, cameras have operated continuously at the site, and may be able to offer additional details about the blast that is believed to have destroyed a portion of the monument.