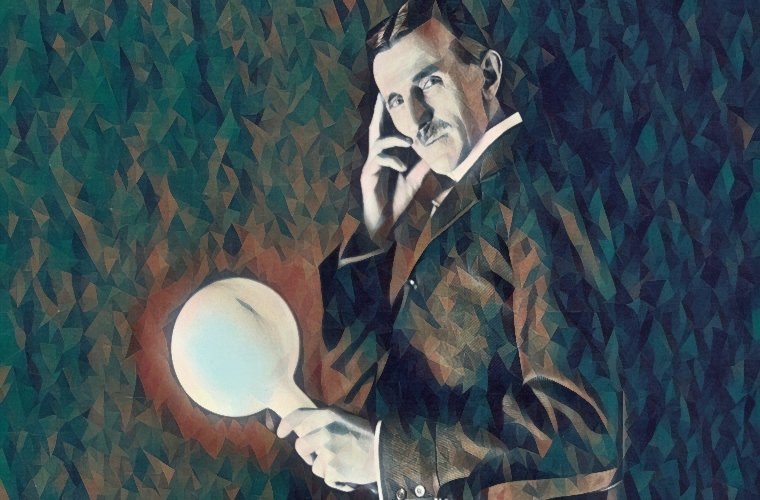 Even though next year will mark 80 years since the death of the famous scientist Nikola Tesla, his name is still making headlines.

Earlier in 2021, researchers from New York University began experimenting with the Tesla valve, publishing a paper of their findings in Nature Communications. The Tesla valve is a control valve used to direct the flow of fluids. The design of the valve makes it easier for fluid to flow in one direction than the opposite direction, where the fluid may be blocked.

Because the valve has no flaps or moving parts, experts suggest it could be used in an engine for moving lubricant. Tesla’s valve designs suggest he wanted it used in a vibrating or oscillating environment, as the fluid would move in bursts rather than continuously. Many experts suggest Tesla saw the pumping action as mimicking the actions of AC/DC electrical converters.

Tesla also invented the earthquake machine and could have been looking to put his valve to good use there. Though he probably would not have expected it, his valve will probably help advance the technology of indoor plumbing.

But Tesla’s valve isn’t the only interesting thing the inventor has left behind. For years leading up to his death, the scientist became more eccentric. He began talking to, and taking care of, pigeons in his New York City hotel room. Every year, he also held press conferences to discuss his current inventions, including a possible death ray weapon. The mention of this weapon gave Tesla the attention he wanted and placed him on the FBI’s radar.

After he died in 1943, the FBI immediately searched his hotel room and squirreled away all his notes, drawings, and documents. They stored everything in the FBI vault. The conspiracies surrounding Tesla’s supposed invention and the FBI’s involvement have only added to the mystery of Nikola Tesla. Whether or not you believe he did create a death ray (which, most scholars suggest, was a ploy for funding, as Tesla died broke), Nikola Tesla is a character who only recently had another chapter added to his story.

This new chapter in Tesla’s story happened in 2000 when the FBI released some of the papers they had taken from Tesla’s hotel room, as well as their notes on Tesla’s death. Because of his possible weapon and the occurrence of World War II, the FBI saved almost every publication on Tesla, from newspaper clippings to case files. All these documents were digitally scanned into the vault over the decades of storage. Though these documents have been released to the public, many of the pages still have redacted information on them. Big, thick black lines ink out names of FBI agents and other people involved in the Tesla case. According to self-proclaimed Tesla historian Cameron Prince: “We know for sure that the redactions in the released material indicate that the government is still holding the master keys, at the very least.”

While many of the Tesla Vault documents are boring government memo meetings, some valuable pieces of information are still there. For one thing, J. Edgar Hoover’s signature is on a large percentage of the 200+ pages of documents there, showing the FBI’s profound interest in Tesla. Hoover was appointed Director of the FBI for life, running the organization for at least 37 years.

Besides Hoover’s presence, there are documents from right after Tesla’s death, such as an FBI complaint form that discussed the January 7th, 1943 hotel search. A later document shows that FBI Agent Calder (assigned to the case no doubt) looked at Tesla’s effects in a separate storage compound in New York City. The documents do not say what the objects were in storage. What Calder did with these effects is still a mystery.

The biggest bombshell of the documents would take some digging by any user, but it is totally worth it. Several documents mention the name Sava Kosanovich, a distant relative of Tesla’s.

These memos warn about Kosanovich’s plans to take Tesla’s secrets and sell them to the German army. As Tesla hailed from Serbia originally, his country was under German occupation during World War ll. Perhaps Kosanovich was hoping to make a deal with the Nazi government. We will never know. Kosanovich actually did steal Tesla’s papers, which were then recovered and heavily guarded by the FBI. After these documents, Kosanovich disappears entirely from the records. Any reader can assume that Kosanovich was most likely caught and punished for his attempted treason.

For those looking for answers about Tesla’s death ray weapon, the Tesla Vault only provides more questions than answers.

Many notes and documents mention a weapon, but there are no specifics or information about whether it existed. Tesla apparently did try to contact the U.S. War Department, but no records of the correspondence are publicly available. Tesla’s documents also hint at technology that could affect things flying in the sky. Many Tesla fans believe this suggests a UFO connection (Tesla did perhaps hear aliens in his lab in Colorado Springs), but there is no concrete evidence of this. Still, these theories only add to the mystique of the scientist’s reputation.

The Tesla Vault gives tantalizing hints at what information the FBI has on the scientist. While we don’t know if all the details have been released to the public (most likely it hasn’t), the Tesla documents do corroborate stories of Tesla’s fame and eccentricities.

“It certainly wouldn’t surprise me if more of his research is there,” said Prince. “As we know, it was used on ‘Project Nick’ (U.S. government research looking into beam weapons like the death ray) and other government programs which may not have been covered by the FOIA request for the Tesla materials that were released.”

The FBI vault allows any Tesla fans to play detective and scavenge for any new clues or reminisce about the usage of teletype and government memos. Perhaps it is also just cool to say you’ve peeked inside the FBI’S Vault.

Kenna Castleberry is the Science Communicator at JILA and a staff writer at The Quantum Daily and The Deep Tech Insider. She has written various pieces on diversity in deep tech, covering stories from underrepresented communities, as well as discussing how science fiction contributes to the reputations of deep technologies. Follow her on Twitter @kennaculture