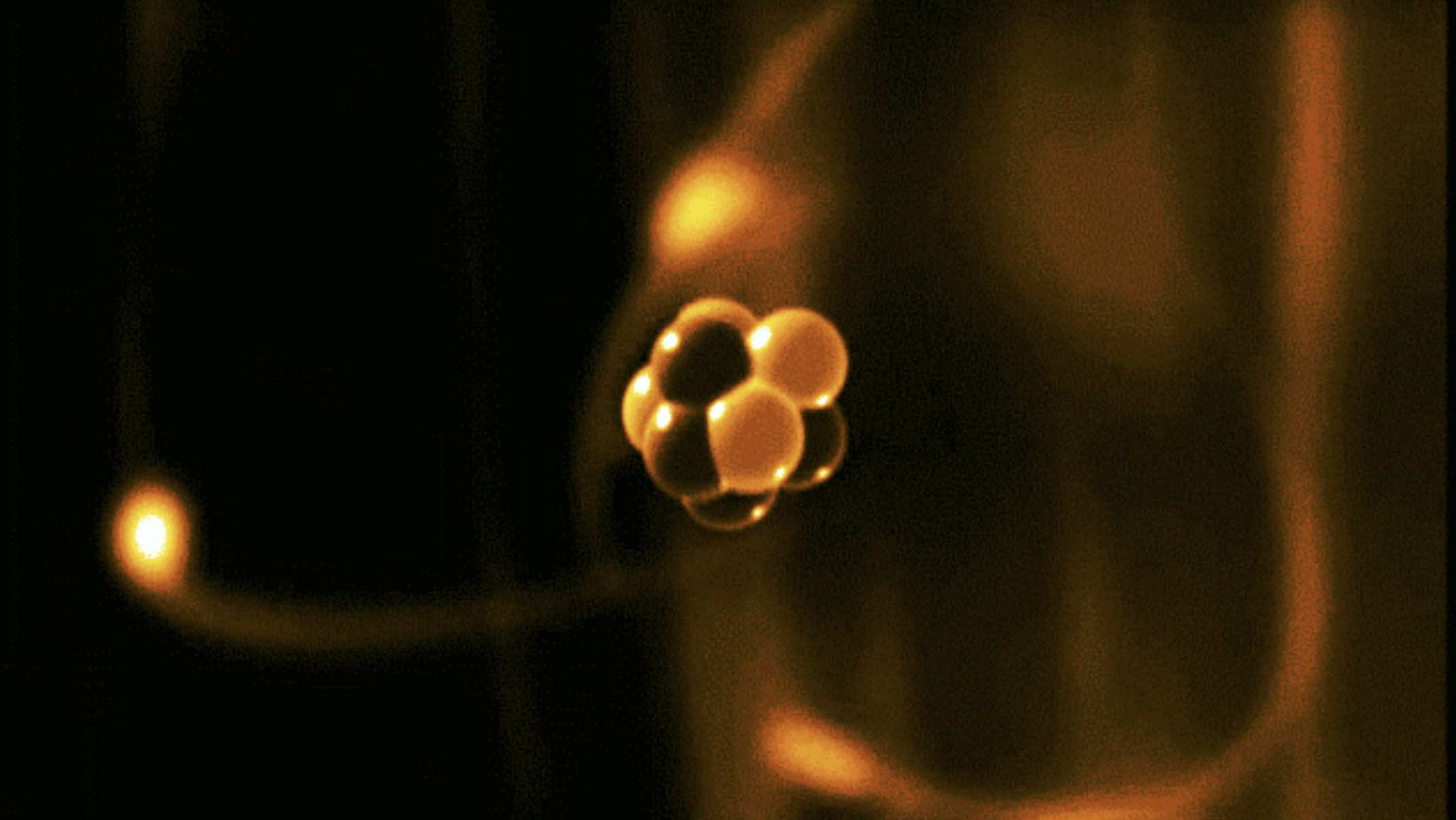 A team of physicists says they have observed the most significant isospin mixing recorded to date during beta-decay experiments, a finding that could upset our current accepted understanding of the nuclear force.

One of the four fundamental forces of nature, the nuclear force (traditionally known as the strong nuclear force), is the force that acts between protons and neutrons of atoms. Fundamentally, it is the agent responsible for fastening these subatomic particles into the dense region at the core of every atom known as the atomic nucleus.

In the fields of particle and nuclear physics, isospin refers to a quantum number associated with the ups and downs of a particle’s quark content. Although some might debate whether the phenomenon in question really constitutes a “spin” (since isospin is dimensionless), its name refers to the mathematical similarity between isospin and angular momentum in terms of things like proton-neutron coupling.

With origins going all the way back to 1932 when Werner Heisenberg first introduced the idea, physicists believe that advances in our understanding of isospin symmetry will ultimately broaden our understanding of the nature of quarks, among other things, which has helped isospin to maintain its place of importance in the field of particle physics.

Although widely accepted today, there are also aspects of isospin symmetry that present challenges for physicists. Now, a team of physicists with the Chinese Academy of Sciences’ Institute of Modern Physics says it has made observations that could move us closer to understanding the underlying causes behind asymmetries that arise, and may even fundamentally alter our current concept of the nuclear force.

According to findings published as an Editors’ Suggestion in the journal Physical Review Letters, the team reports “the first observation of a strongly isospin-mixed doublet that deexcites mainly via two-proton decay.”

The observation, the team says, “represents the strongest mixing, highest excitation energy, and largest level spacing of a doublet ever observed in β-decay experiments.”

Isospin symmetries are not explicitly conserved by commonly accepted elements of the nuclear force. Rather than being restricted to a single state during beta decay, asymmetries that emerge can result in the fragmentation of a variety of beta-decay transitions known as a Fermi transition, in which the spins of two particles are anti-parallel, causing the angular momentum of an atom’s nucleus to remain unchanged. At the heart of this fragmentation is the phenomenon of isospin mixing, which simply refers to the symmetry in atomic nuclei resulting from the near-identical properties shared between neutrons and protons.

In the past, observations of isospin mixing were relegated almost entirely to beta-decay experiments where the requisite mixing elements were less than 50 keV. In the new study, the Chinese researchers conducted beta-decay experiments that utilized the nucleus of a particular phosphorus isotope, phosphorus-26, at the Heave Ion Research Facility of Lanzhou’s Radioactive Ion Beam Line. What the team found was surprising.

“The β decay of 26P at the proton drip line is studied using double-sided silicon strip detectors operating in conjunction with high-purity germanium detectors,” the study’s authors wrote in their paper’s abstract. With the aid of nuclear spectroscopy to help gauge the properties of beta-delayed two-proton emission, the research team says they were successful in observing the isobaric analog state at 13,055 keV.

Additionally, a pair of novel, high-lying states–13380 keV and 11912 keV–were identified in silicon-26, one of the three naturally occurring isotopes of Silicon. By measuring angular correlations of two protons emitted by the silicon-26 isotope, the excited states of phosphorous-26 were better able to be measured, which the Chinese team says is suggestive “that the two protons are emitted mainly sequentially.”

Much to the surprise of the scientists, “The isospin mixing matrix element between the 26Si IAS and the nearby 13 380-keV state is determined to be 130(21) keV,” the authors write. The result, they say, represents the strongest mixing, as well as the “highest excitation energy, and largest level spacing of a doublet ever observed in β-decay experiments.”

So what, fundamentally, do these observations mean in terms of our understanding of the nuclear force?

Professor Xu Xinxing, one of the study’s corresponding authors, said in a statement that “The abnormally strong isospin mixing [observed] in this work, which may have to do with the weakly bound (or continuum) effect or nuclear deformation, presents a direct challenge to our understanding of nuclear force.”

In short, the experimental results of the Chinese team’s study could signal problems for our currently accepted understanding of nuclear models, pointing to the possibility that our concept of the nuclear force may at least be incomplete, and require a little fine tuning with the aid of future similar experimental observations.

The team’s study, “Observation of a Strongly Isospin-Mixed Doublet in 26Si via β-Delayed Two-Proton Decay of 26P,” appeared in Physical Review Letters in December.